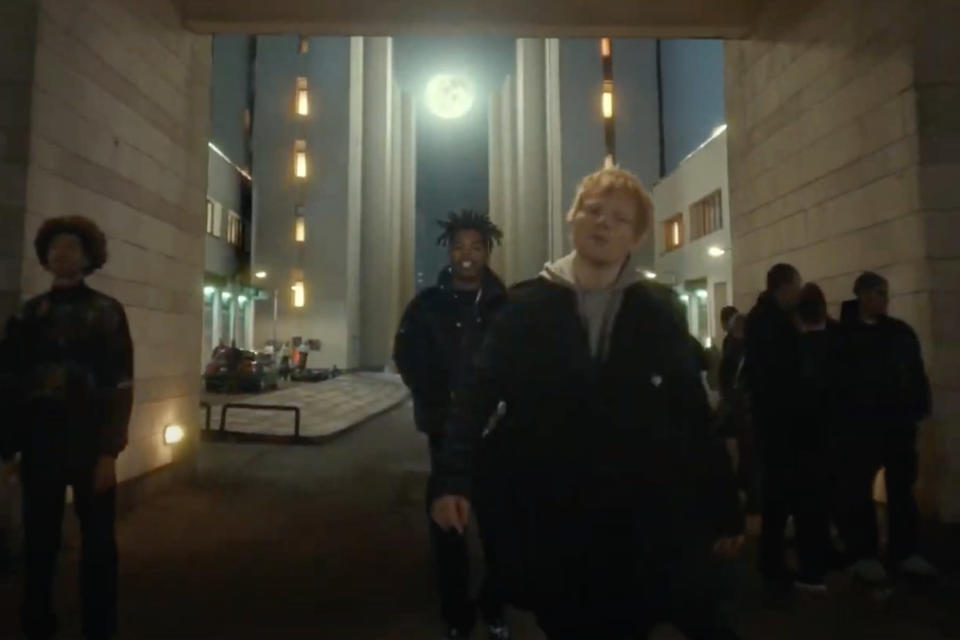 In the relatively short time since he first emerged on the scene in 2017, Lil Baby has propelled to the top of many lists of hip-hop’s best present-day creators — including music site HipHopWired’s intriguing headline, “If Kendrick Lamar Is The Boogeyman Of Rap, Lil Baby Is Freddy Krueger.” Still in his mid-20s, the young rapper has enjoyed a banner 2022 already, winning his first Grammy Award and spinning out a slew of singles (“Right On,” “Frozen” and “In a Minute”). He also recently debuted a new song for a Beats by Dre ad in which he got to act opposite one of his favorite basketball players, Ja Morant of the Memphis Grizzlies.

Lil Baby has made high-profile collaborations a standard of the job throughout his career, recently joining forces with Vince Staples and Nicki Minaj. But it’s his key contribution to British singer-songwriter Ed Sheeran’s new remixed single that feels the timeliest right now, partly because of where it was filmed: in Kyiv, Ukraine, not long before Russia began its onslaught. In recognition of the crisis, all record royalties from the video will go to Disasters Emergency Committee (DEC) Ukraine Humanitarian Appeal. Sheeran said in a statement: “It was my very first time visiting the country and I felt so welcomed during my stay there. There was no sign of the horror that was to come to Ukraine, and my heart goes out to everyone there.”

Singer-songwriter Franklin Smith Ellis, aka Mad Lasso, released his debut five-track EP, Sad Lasso last week, with the tantalizing promise of more music to come. On his social media, Ellis explained that he penned the bulk of this collection several years ago, during a period when “my head was even more of a chaotic, sad mess.”

Ellis has said the song emerged from negative experiences with religion, and those trying to push their beliefs on him when he was a child. With art direction by Scout Hunt, the video brings to life the dark humor behind Ellis’s lyrics about a quest for religion and meaning that leads somewhere else entirely: “Oh boy, that ain’t God, that’s a bottle of Beam / Then I guess the Devil’s the one that’s been helping me.”

It’s a blessing and a curse, perhaps, that Home Alone cemented one of popular music’s greatest ladies as merely the voice behind one of the holiday season’s catchiest jingles. But Atlanta-born Brenda Mae Tarpley, whose last name got showbiz-shortened to “Lee,” was so much more than her 1958 bop, “Rockin’ Around the Christmas Tree.”

Starting her career in childhood, the talented Lee racked up 46 Billboard charting singles in the 1960s alone, making her that decade’s most successful woman singer — ranked fourth overall behind Elvis, the Beatles, and Ray Charles. In fact, Elvis was a huge fan, and pre-Beatlemania teens John, Paul, George, and Ringo opened for her rockabilly set in 1962 Hamburg, Germany. Other prominent admirers include Elton John and Taylor Swift, and Kanye West sampled her vocals for his song “Bound 2.”

Standing at all of four feet and nine inches, the tiny gal’s voice packed a wallop and earned the longstanding nickname, “Little Miss Dynamite.” About Lee’s small but mighty stature, good friend Dolly Parton joked in Rolling Stone that, “I think I like her mostly because she’s the only person I know that I’m taller than.” (Incidentally, as of this year, Parton has joined Lee as the second woman ever to be inducted into both the Country Music Hall of Fame and the Rock & Roll Hall of Fame.)

Like Lee’s well-known hit, “I’m Sorry,” this epic Ed Sullivan performance of “Losing You,” our Vintage Track of the Week, showcases the legend’s ability to draw from a deep well of heartbreak and pulverize the heck out of a melancholy ballad. Of course, that sense of romantic woe may not have entirely originated from real life, given that she’s been married to Ronnie Shacklett for well over 50 years.