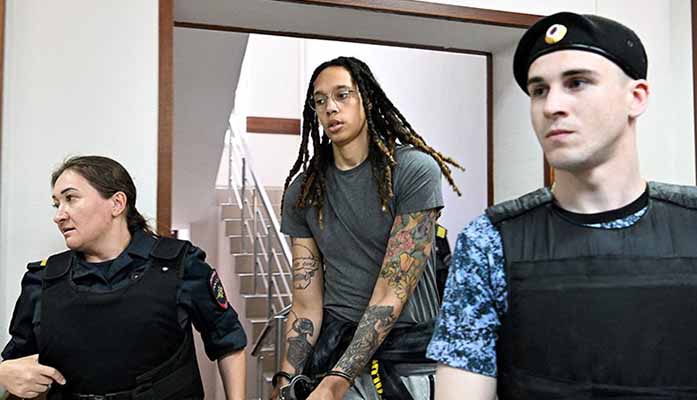 PHOENIX – Around the same time Brittney Griner went on trial in a courtroom near Moscow, the Phoenix Mercury dealt with challenges closer to home.

In a since-deleted tweet from the team account, the Mercury tweeted a video of Nygaard from Wednesday’s postgame press conference saying:

“I reiterate that she (Diana Taurasi) should be an All-Star,” Nygaard said after the Mercury’s 99-78 victory over the Indiana Fever on Wednesday night. “There will be a game in Chicago, but it will not be an All-Star game because Diana Taurasi’s not playing.”

Diggins-Smith quote tweeted a clown emoji in response to the video.

Those comments came after Nygaard also spoke on Taurasi’s behalf before Wednesday’s game.

Diggins-Smith, who is in her third season with the Mercury, was selected as an All-Star for the sixth time Tuesday; making the team as a reserve.

While Nygaard spoke on Taurasi’s behalf, the first-year Mercury coach also praised Diggins-Smith for her All-Star selection before Wednesday’s game.

“Really, really happy for Skylar, tremendous accomplishment,” Nygaard said before the Mercury’s win over the Fever Wednesday night. “She’s been having a great year statistically across the board for us, and everything she does for us, battling every single game, I’m really happy to see Skylar being named an All-Star. It’s a great testament not just to her, but to our team.”

Diggins-Smith’s tweet caused a stir on social media Thursday night, with many suggesting that the Mercury leading scorer’s clown emoji was directed at Nygaard. Diggins-Smith and Taurasi did not address the media after Friday’s practice. Only Nygaard and forward Reshanda Gray spoke to reporters after the team’s practice in Chicago.

“I’m not on social media, but I understand that my comments made after last game have become an issue,” Nygaard said Friday afternoon. “I just want to say first and foremost, it’s going to be a great All-Star game. And I’m really excited for all the participants. I didn’t mean to take away from Sky or any of the other All-Stars and their selection to the team – whether it’s your first, or your fifth, or your 20th, it’s a special celebration for those players.

“I’m especially happy for Sky, as I said before our last game and before our practice. As a team, we are super excited for Sky and what she’s done this year, and I apologize if my comments take away from that or from any of the other players. I know that the WNBA and the Chicago franchise will put on a great show at the All-Star game and it’ll be a great recognition.”

Nygaard apologized and said she was sticking up for her players.

“If it was the other way around and (Taurasi) made it and Sky didn’t, I would speak up for Sky as well.”

“We’ve addressed it as a team and we’re looking forward to moving forward in this season where we’ve had a lot of challenges,” Nygaard added. “We’re hoping to continue to move forward.”

“We got some dogs in the locker room,” said Gray, a WNBA veteran who has played for six different teams. “With (Taurasi) and Skylar they’re both G.O.A.T.s in their own way and I think that’s awesome because not a lot of teams have that – who are just strong dominant people like that who also bring other people along with them.”

“Stuff happens in the media all the time and the narrative gets switched up all the time in the media,” Gray added. “But at the end of the day, it’s all about the name on the front of the jersey and that’s Mercury, so we’re one team and that’s all that we’re worrying about right now.”

The Mercury, who are 9-12 on the season, begin a two-game road trip Saturday. The first, a finals rematch against the defending champion Chicago Sky, tips at 10 a.m. (MST) on ESPN. After Saturday morning’s matinee, the Mercury play the Sparks in Los Angeles on Monday at 4 p.m. on ESPN, before returning home to face off against the New York Liberty on July 7 at 7 p.m.

Friday also marked the beginning of Griner’s trial. Griner is facing up to 10 years in a Russian prison as prosecutors said Griner “bought two cartridges for personal use, which contained 0.252 grams and 0.45 grams of hash oil.” Cannabis oil is classified as a narcotic drug in Russia and is subject to control.

Griner, accompanied by her legal group, arrived at the Khimki City Court, near Moscow, in handcuffs and a Jimi Hendrix t-shirt. The judge heard witness testimony during a three-hour session before announcing that the trial would resume Thursday.

“We keep BG at the forefront of everything that we do here with the Phoenix Mercury,” Nygaard said after Friday’s practice. “Her trial going forward we hope that that’s progress. It’s always great that we get to see an image of her. It’s also heartbreaking to see images of her. We’re keeping her and her family in our thoughts and prayers and are extremely hopeful that President Biden and the Biden administration will do everything they can to bring her home as quickly as possible.”