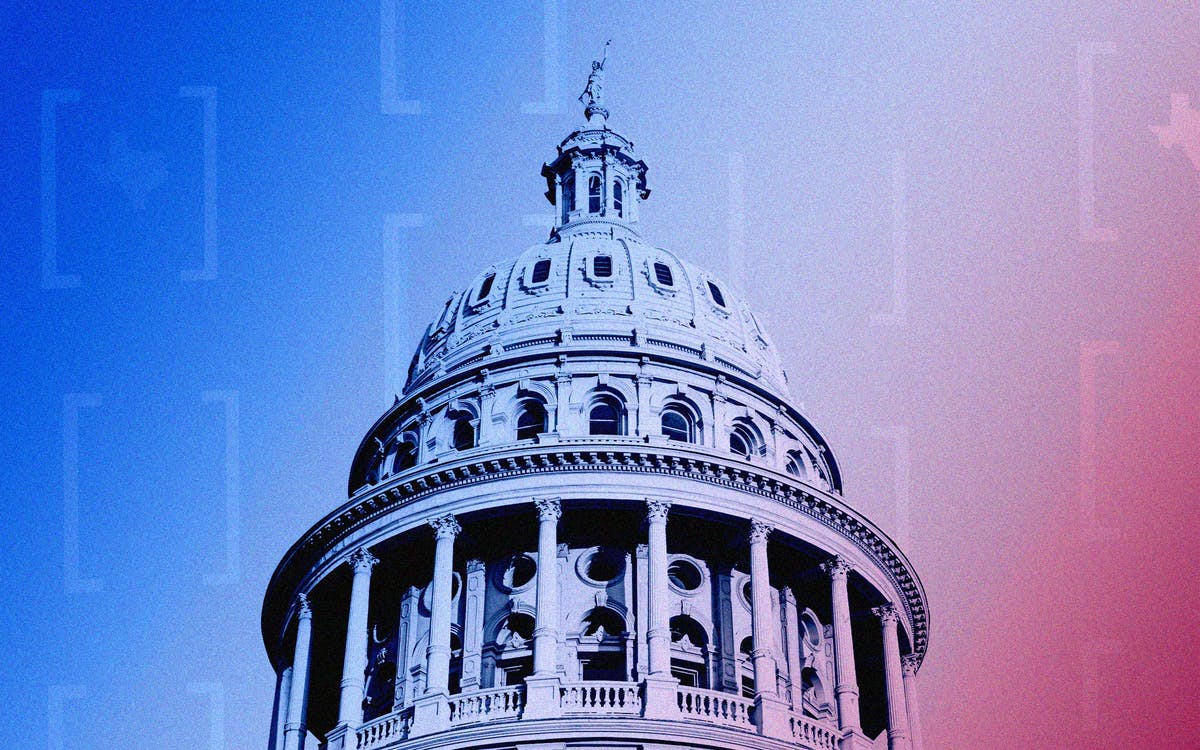 For years you could barely scan right-wing media, especially in Texas, without hearing about the case of Jeff Younger, a North Texas dad furious that his estranged ex-wife allowed his child to socially transition to being a girl. Younger fought like hell to get his “son” back and faced unsympathetic courts and court-ordered psychologists, becoming a cause célèbre along the way. “A Texas family court stole my children from me, giving my ex-wife authority to transition my son . . . into a girl,” Younger’s website reports. “I’ve spent over a million dollars trying to stop my ex-wife and the courts from chemically castrating my son. An economic crisis for any family.”

The story hit a lot of Texas conservatives in the gut, involving a few key issues that really get the base animated—parental rights, transgender kids, family courts—and Younger has been traveling the road telling his story to anyone who’ll listen, including to an audience at the University of North Texas, which shouted him down in March. This year he turned his crusade into a campaign and ran for a state House seat in District 63, which covers part of Denton County, north of Fort Worth. It made sense: Texas Republicans have been furious about the Legislature’s refusal, they believe, to ban the kinds of health care typically given to trans children. Younger could be a voice for those issues, and his story took a prominent and ugly place in his campaign, although he made the right noises for the base on other issues too.

Though his cause has become the cause of the wider Republican party, it wasn’t enough for Younger. On Tuesday, he lost his primary runoff, scoring only 38 percent to Ben Bumgarner’s 62. Bumgarner is a former Flower Mound town council member. He’s also the co-owner of Evolve Weapons Systems, a firearms maker in McKinney which sells modified AR-15s, among other systems. His LinkedIn profile bills him as the “Ambassador of Pew,” as in, the sound bullets make. The fact that a guy who sells guns beat the guy who is nationally famous for trying to “save” his transgender child on the day of one of the deadliest school shootings in U.S. history . . . well, that’s Texas for you.

Bumgarner’s victory will likely be met with gratitude by many Republicans in the House, because it saves them the indignity of Younger yelling at the back mic about his kid. But that’s not the only reason they have to be grateful. Three incumbents fought off insurgent challengers. In House District 12 in Central Texas, incumbent Kyle Kacal, a sometimes swing voter by Texas GOP standards who was backed by Governor Greg Abbott, beat Ben Bius, backed by U.S. senator Ted Cruz, by 16 points. In House District 60, west of Fort Worth, incumbent Glenn Rogers, another Abbott pick, beat Mike Olcott, another Cruz pick, by 4 points. In House District 91, in the Fort Worth suburbs, incumbent Stephanie Klick beat back a challenge from her right by David Lowe by a little more than 8 points.

Not so lucky: Phil Stephenson, who has represented a district southwest of Houston since 2013, the only Republican incumbent to lose tonight. He lost House District 85 to Stan Kitzman, a former Waller County commissioner. There wasn’t a clear ideological bent to this race—although Kitzman was endorsed by Governor Greg Abbott, who is able to add a win to his mixed record of knocking off House incumbents. Blame redistricting, mostly: Waller County wasn’t even in Stephenson’s district until this year.

Also notable: Carrie Isaac, the wife of former state representative Jason Isaac, will likely be coming to the Lege under her own steam, in a tailor-made new district that stretches from Dripping Springs to New Braunfels. Isaac had previously run in a district that covered Dripping Springs. This year, she faced a member of a politically connected family in New Braunfels. She squeezed out a victory with just 50.6 percent of the vote, overcoming Barron Casteel’s formidable strengths, which include serving as an “Opa” with the New Braunfels Wurstfest Association and, perhaps more importantly on a Republican ballot, possessing the same first name as the former president’s very tall and very brave son.

Regarding the upper chamber, things were much more boring, as they usually are. Pete Flores, a former state senator, secured nomination for Senate District 24—a district drawn specially for him at the behest of Lieutenant Governor Dan Patrick after Flores lost a more evenly matched district in 2020. Flores faced Raul Reyes, who ran an anti-Patrick campaign. Reyes charged that the lieutenant governor had become too much of an insider, surrounded by sycophants, and that control of the “great deliberative body” should not be entirely in one man’s hands. That argument did surprisingly well, but not well enough: Reyes won 40 percent to Flores’s 60 percent. Flores will likely cruise through in the general.