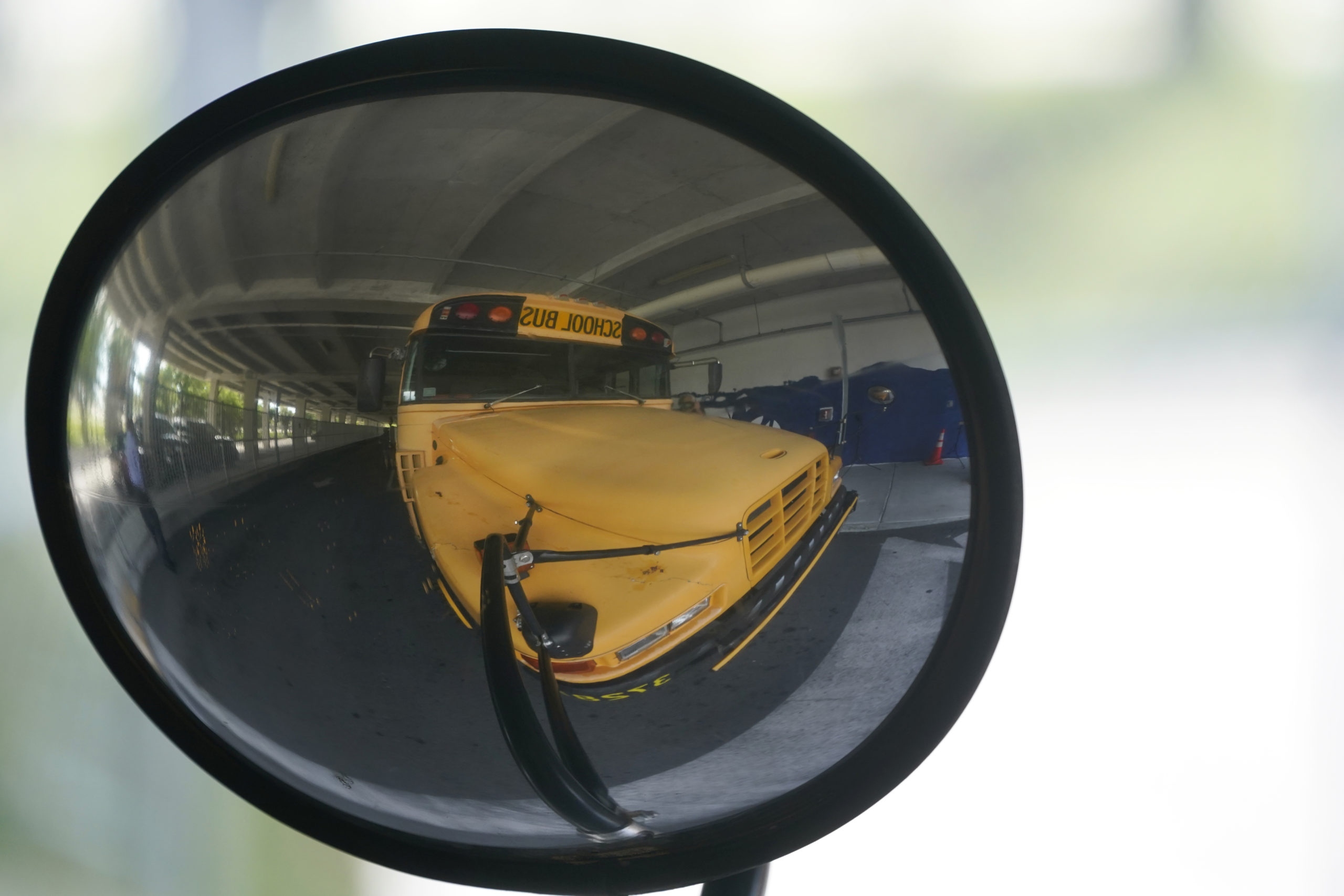 When Congress passed the bipartisan infrastructure law in November, environmental justice advocates—including many parents with school-age kids—breathed a sigh of relief at the inclusion of one provision. The bill provides $2.5 billion to roll out zero-emissions school buses across the country, and another $2.5 billion for school buses that still emit some pollutants but are cleaner than older models. This money will be administered by the Environmental Protection Agency, which is expected to release guidance soon on how school districts can apply for funding to make the switch.

About 95 percent of school buses in the United States run on diesel, which creates greenhouse gas emissions that contribute to climate change. The air pollution from diesel buses also affects people’s health. Diesel exhaust contributes to breathing and heart problems, especially in children and the elderly; too much exposure can lead to lung cancer.

While politicians debated and whittled down the infrastructure bill, money for clean school buses represented one point of agreement that progressives, establishment Democrats, and conservatives could all support.

“Change is happening in Congress,” Treviño said. “Maybe we’re not seeing the full wins that we want to every time, but we’re seeing movement in the right direction.”

In addition to the upcoming federal funding, Texas has its own Clean School Bus Program, run by the Texas Commission on Environmental Quality (TCEQ). The program is currently open to all of the state’s school districts on a first-come, first-served basis, and has an estimated $13 million available this year to reimburse districts for upgrading older buses.

Since 2008, the program has allowed more than 200 Texas school districts to retrofit or replace a total of nearly 8,000 buses. The program has been popular, according to TCEQ officials—there’s more demand than the state has allocated money to meet. Texas has nearly 50,000 school buses that transport more than 1.3 million students every day—about 25 percent of all students enrolled in the state’s public schools.

Some have critiqued the TCEQ program for being too incremental because it allows districts to get newer diesel engines or models that run on propane or liquified natural gas rather than requiring that they transition fully to electric buses. While switching to alternative fuels like propane and natural gas does reduce some unhealthy emissions, particularly nitrogen oxides, those buses will still produce greenhouse gasses.

“They aren’t really clean in the way that they’re being marketed,” said Mac Dressman, a transportation associate at the Public Interest Research Group, a national network of state-based health and safety advocacy groups. Though they cost more upfront, Dressman and other environmental advocates argue that electric buses offer many more benefits in the long run than upgraded buses that run on alternative fuels.

For now, TCEQ is accepting applications for newer buses using a variety of fuels as well as zero-emissions electric buses. The choice is up to individual school districts.

“We’re excited to see those new technologies continue to roll out to the market,” Hickman said.

Only one Texas school district so far has managed to replace part of its fleet with electric buses. In 2020, the Everman Independent School District, which serves 6,000 students in the Dallas-Fort Worth region, purchased three new electric buses and retrofitted the engines of two older diesel buses using a grant from the Volkswagen Environmental Mitigation Trust (created after the company’s emissions cheating scandal).

“We love our EV buses,” said Everman Independent School District Superintendent Felicia Donaldson. When Everman administrators learned about the funding opportunity, they made a case to the school board that the switch would not only reduce air pollution in the community, but would also save the school district thousands of dollars each year on fuel and maintenance costs. The district did have to make an up-front investment of approximately $1 million, but received a reimbursement from the Volkswagen program for 80 percent of the costs.

Donaldson urged other school districts to apply for the newly available state and federal funds.

“It’s a rare opportunity that there’s reimbursement of funds,” she said.

Emerging “vehicle-to-grid” technology could help school districts not just save money, but actually generate revenue from electric school buses. This technology allows electric vehicles to act as batteries that charge when there’s low demand on the power grid, or when renewable energy sources like solar panels and wind turbines are producing a lot, and then send electricity back onto the grid during times of high demand—including emergency situations like last year’s Winter Storm Uri.

A recent report by PIRG, Environment Texas, and Frontier Group estimated that if the U.S. replaced each of the country’s 500,000 school buses with an electric version equipped with vehicle-to-grid technology, those buses could store enough electricity to match the output of 16 coal power plants or 1.2 million residential solar panel installations.

The biggest barrier for school districts looking to adopt electric buses is the initial cost of roughly $300,000–$400,000 per bus, said Lennis Barlow, a clean energy associate with Environment Texas. But she expects costs to fall as more school districts buy electric buses, and said manufacturers are ramping up production in response to the upcoming federal infrastructure funding.

Barlow is also hopeful that these federal funds administered by the EPA will prioritize lower-income communities and communities of color, which often face disproportionate air pollution from freeways and industrial facilities.

“Electric school buses can be a way to minimize air pollution that’s already way higher than it should be in certain communities,” she said.

That’s certainly the case in Houston, where Treviño from Moms Clean Air Force lives and works. She and other environmental justice leaders have been fighting for years to reduce emissions from the city’s extensive freeways, as well as from oil refineries and chemical facilities along the Houston Ship Channel, which not only pollute the air directly, but also bring in heavy-duty truck traffic.

Nationally, Latinx environmentalists, parents, and students have been active in campaigning for clean school buses not only through Moms Clean Air Force in Texas, but through groups like Chispa—the Latinx organizing branch of the League of Conservation Voters—in neighboring Southwestern states.

“It can sometimes be overwhelming for people to think of all of the climate challenges that are in front of us,” Treviño said. “Electrifying our school buses is just one of many things that we need to do to protect our communities and our kids. But that means that every win matters.”