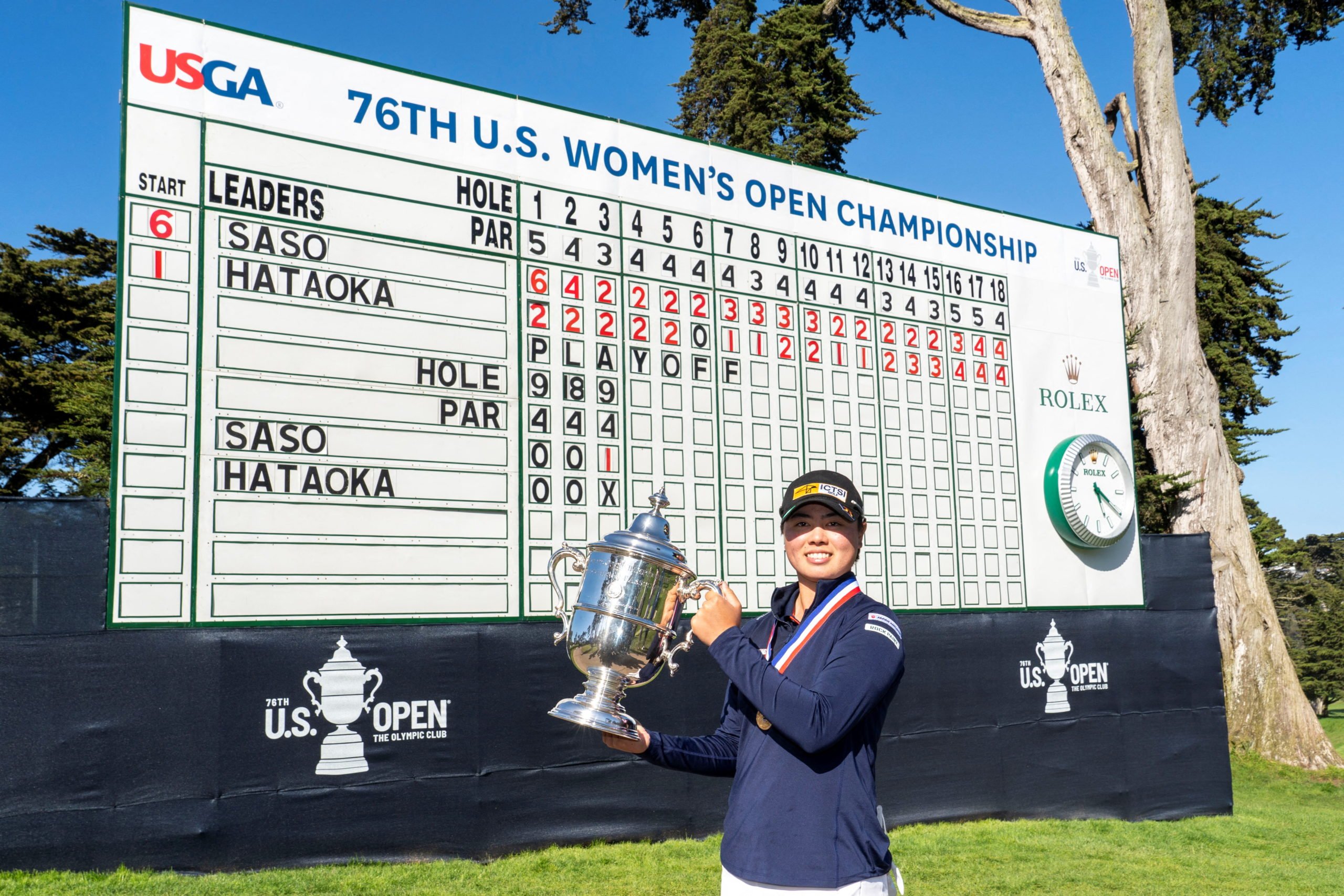 When a little-known teenager from the Philippines burst into the global golf spotlight by winning last year’s US Women’s Open it changed her life — but left tricky decisions ahead.

Yuka Saso will next week enjoy the new experience of defending a major. But at Pine Needles she will play under a different flag, the crimson red circle of Japan.

Saso, who was born in the Philippines and has a Filipino mother and Japanese father, agonized over the “very difficult” decision to switch allegiance to the land of her father.

Japan does not allow adults to hold dual nationality, leaving Saso with a gut-wrenching choice to make before she turns 21 next month.

“I grew up in the Philippines and I played big events with the Philippine flag beside my name so it was a big decision,” she told AFP.

“It was very difficult… I’m a professional golfer. I needed to make a decision that was good for my job.”

The scales were tipped by the Japanese passport affording easier travel in a post-pandemic world.

“I think everybody knows that the Japan passport is more powerful, it takes less work with the stuff outside golf,” said Saso via video call from the United States.

The Philippines will always hold a special place in Saso’s heart — she won two gold medals for the country at the 2018 Asian Games and played for them again at the Tokyo Olympics last year.

“I felt very honored to represent my mum’s country, those big events… all those memories,” Saso said.

Twelve months ago Saso arrived in San Francisco as a little-known golfer who had won a couple of events on the Japan LPGA Tour.

By the time she left the Olympic Club, after only her seventh LPGA Tour start, Saso had become the first golfer from the Philippines, man or woman, to win a major.

“To be able to win the US Open was awesome and to get an LPGA card was my dream,” she said.

“It was life-changing and ever since I’ve learned a lot inside and outside the golf course.”

The win propelled her from 40th in the world into the top 10 and brought a five-year exemption on the elite LPGA Tour.

It also brought career-enhancing commercial endorsements. First in the queue for Saso’s signature was the insurance giant AXA.

“I was playing the Japan Tour and to have a big company like AXA reach out, even before the US Open, it gave me confidence to push myself more.”

Best of all, the major victory gave Saso the chance to meet her idol Rory McIlroy at the men’s US Open the following week.

Saso’s fluid swing is remarkably similar to that of the four-time major champion from Northern Ireland. It is no coincidence.

“It’s real that I tried to copy his swing,” she laughed, revealing the pair have kept in touch after meeting again at the Tokyo Olympics.

“I don’t really want to bother him, I know how busy he is. But whenever I have questions, he always replies and gives some advice,” Saso said.

“One of my dreams is to be able to play with him one day.”

Pine Needles, in the windswept sandhills of North Carolina, will present a different challenge for Saso, who won her maiden major alongside the Pacific coast courtesy of a knee-knocking birdie on the third playoff hole.

Saso, who reckoned Pine Needles would be “a very difficult course” after practizing there this month, was not even nine years old when she decided to take up golf — and vowed she would win the US Open.

“My dad loved watching golf. In 2010 we were watching the US Open when Paula Creamer won,” she recalled.

“And I told my dad: ‘I want to win that trophy’ — at the age of eight-and-a-half when I’ve just barely started playing golf!” she laughed.

“My dad was like: ‘Are you sure? I think you should just focus on other things because when you pursue something like being a professional athlete, you need to sacrifice a lot.’

“But I didn’t understand all of that, because I was so young. So I just told him, ‘I want to be a professional golfer’.”

“It was very heart-warming because my dad was there, even though my mum wasn’t there,” said Saso.

“I just felt like I was very thankful for their help because without my family I wouldn’t be here.”