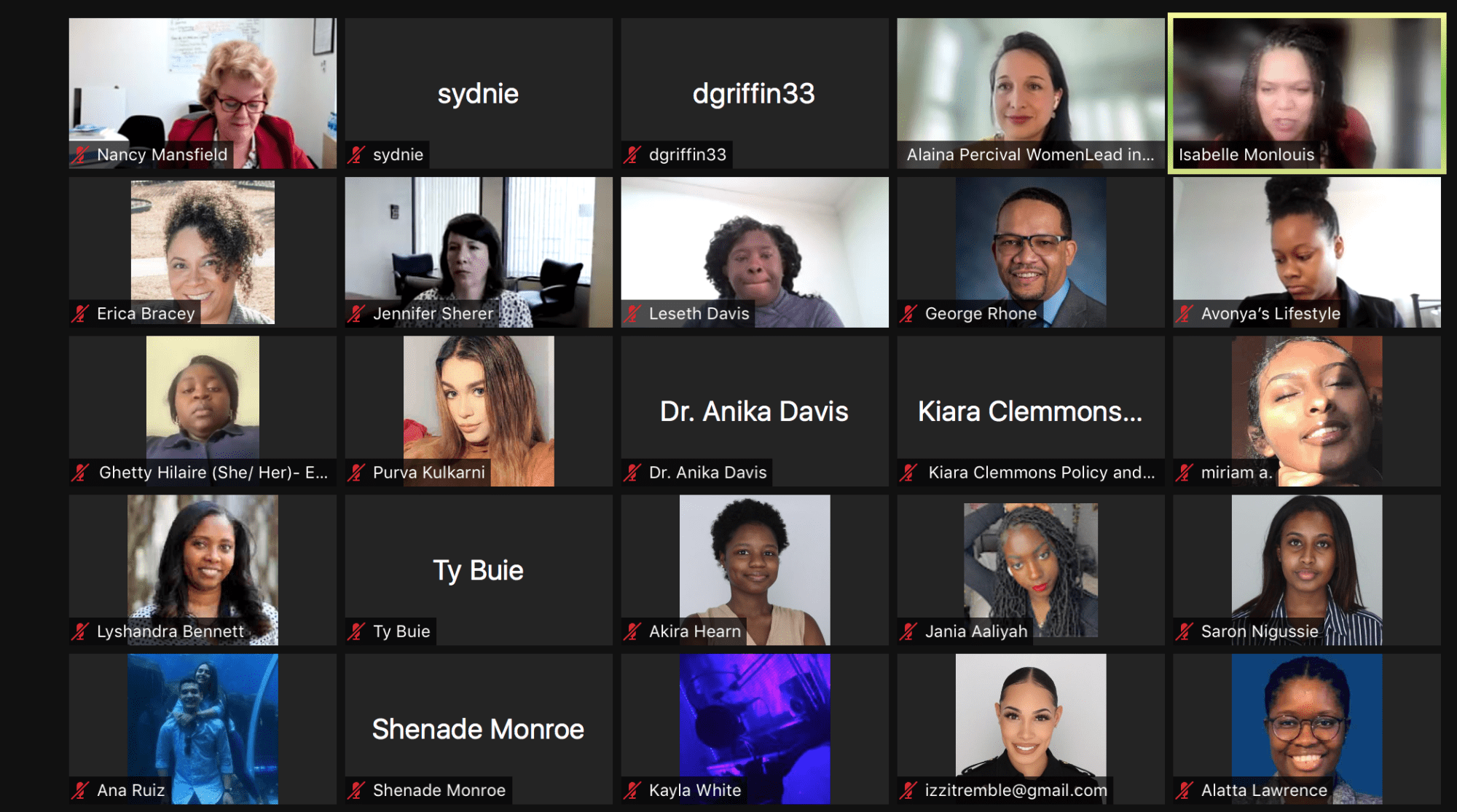 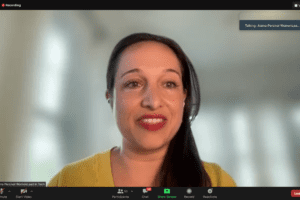 ATLANTA – Alaina Percival (B.I.S. ’02, MBA ’08), the CEO and co-founder of Women Who Code, a global nonprofit that works to support women in the technology industry and an executive in residence at Georgia State University’s J. Mack Robinson College of Business, encouraged Georgia State students and alumni who have chosen technology as their career path to stay the course during a recent (March 23) virtual lunchtime conversation. 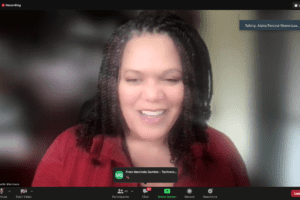 Isabelle Monlouis (D.B.A. ’14), a professor of practice, associate director of the H.J. Russell Center for Entrepreneurship, and teacher of WomenLead in Entrepreneurship & Innovation, moderated the conversation, fielding questions from 80 attendees.

Percival discussed how she has woven together her love of technology, leadership, and entrepreneurship to achieve impressive results in closing the gender achievement gap, as well as her path to success. Among her observations and recommendations:

All industries are transforming into technology industries. “If your interest is media, if it’s finance, if it’s healthcare, if it’s fashion, shipping, agriculture, anything—all these industries are now technology industries. No matter what path to leadership you plan to take, you are going to be running and leading a technology organization, even if you’re not in a technical role. Having an understanding of data and security will be critical going forward. If you aren’t able to lead a technology corporation, or if women are underrepresented and lack that background, we will continue to see further attrition {among women] and not gain the ground we should in having diverse women represented at the most senior positions in companies, and having diversity of thought.”

Don’t let someone encourage you off your path. “Women can get encouraged out of their chosen career path by demonstrating certain skills. Some people, instead of recognizing those skills as a value-add, will say, ‘You know, you’re good at talking to people. Have you thought about marketing?’ or ‘You’re great at working with people and bringing them onto the team. Have you thought about recruiting?’ That is something our male counterparts never hear. They hear, ‘You clearly are demonstrating leadership skills.’ So, what women should be hearing when they are demonstrating these additional skills is, ‘We should be paying you more. We should be working harder to retain you. We should be thinking about what your path to leadership looks like.’”

“Being reminded [of your value] is really important. If, instead, someone says over and over again, “Oh, you know, you’re really good at this [particular skill]’ you might end up [leaving tech] and taking a path you had not chosen that has less potential. Every woman we keep on her chosen path in technology with a sense of belonging and staying in the industry, represents a $1.7 million increase in her lifetime earnings. Those are funds that go back into her family’s wealth, her community’s wealth. It’s critical to not be diverting talented, diverse women from this high potential career path.”

Imposter syndrome is your growth opportunity. “Impostor syndrome doesn’t just happen at the beginning of your career. It keeps happening throughout your career. I often tell the story about when I first became CEO of Women Who Code…because I was founding the company and I could decide if CEO was going to be my title… I would say it every time I got on the stage, ‘I’m Alaina Percival, CEO and co-founder of Women Who Code.’ I forced myself to say it. Then one time when I said it the whole room clapped and I was like, ‘They believed me!’ Being in the C-suite, I had to learn how to be an entirely different leader…and it’s imposter syndrome all over again.”

“There’s a data point that women apply for jobs where they have about eight out of 10 of the requirements. I actually find that women often apply once they have all of them and are already doing some of the work. And men apply when they have about four out of 10 of the requirements. When you think about impostor syndrome, think of it as actually a growth opportunity, and you should never be looking to get into a role that you aren’t going to grow in. When you are applying, when you are in a role, you actually want to be feeling impostor syndrome because that is your growth opportunity. If that goes away, it’s time to look for your next promotion, it’s time to find other growth avenues because impostor syndrome is really just telling you that there’s something that you don’t know, and that’s okay because nobody knows everything. So, reposition it in your mind as impostor syndrome being your growth opportunity and it should be there.”

Learn more about Women Who Code, the Entrepreneurship & Innovation Institute, and WomenLead.