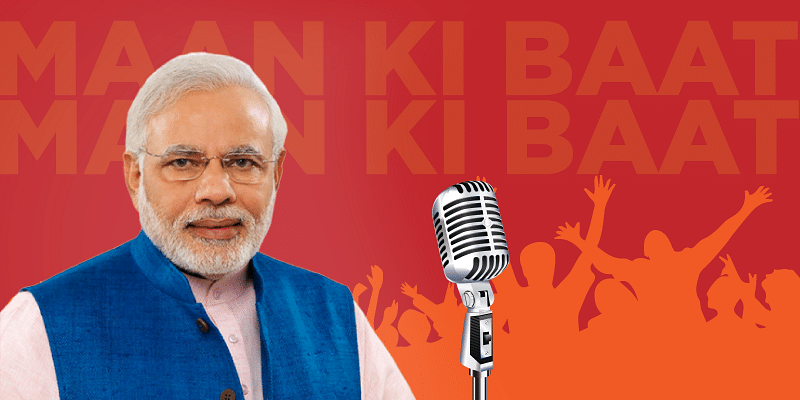 Babita Rajput, hailing from a village in Madhya Pradesh, has been delighted after Prime Minister Narendra Modi in his ‘Mann Ki Baat’ broadcast on Sunday lauded her for reviving a dried lake near her place by channelising rainwater into it.

Talking to PTI, the 19-year-old woman from Agroutha village in Chhatarpur district said she never dreamt of such recognition and that she would work now work harder towards water conservation.

In his monthly radio show, Modi said water has been crucial for the development of humankind for centuries, and underlined the importance of collective responsibility towards its conservation.

“You all will draw inspiration from what Babita Rajput of Agroutha village in Madhya Pradesh is doing,” he said. Modi said the woman’s village is in the Bundelkhand area and there was a big lake near it which had dried up.

“She along with other women folk dug up a canal and routed rainwater into the lake, which now has ample water,” the prime minister said.

Elated at the recognition, Rajput said she feels privileged that the prime minister mentioned her name and spoke about her work.

“I never ever dreamt of this day. I am going to work doubly hard for water conservation,” said Rajput, who is a second-year student of the Bachelor of Arts course.

The woman, a resident of the parched Bundelkhand area in MP, decided to revive the lake after her village, located about 100 km from the district headquarters, faced a water crisis in 2018.

Rajput said in January 2019, she along with 200 to 250 women from the village started digging a canal from a hill located nearby to channelise rainwater through it into the lake and accomplished the task in 18 months.

Last year, the village received rains only twice, but the lake had enough water for the needs of residents following the efforts made by Rajput and other women, some locals said.

The villagers lauded Rajput’s efforts towards easing their water woes. Rajput further said she belongs to a poor family and is studying in a college close to her village. “My family can’t afford to send me to a big city for higher studies,” she said.

The woman said she is now working on routing water to the lake from the other side of the hill with a canal so that it has sufficient water stock round the year.

Rajput and other women from the village are also working on a project to make prudent use of water in agricultural fields.

Chhatarpur’s Bada Malhera Janpad Chief Executive Officer Ajay Singh said more work under the Mahatma Gandhi National Rural Employment Guarantee Act (MGNREGA) would be carried out at the lake to ensure it has ample water stock in the summer season.

In his ‘Mann Ki Baat’ broadcast, Modi called for a 100-day campaign to clean up all water bodies and prepare them for rainwater harvesting before the monsoon season starts.

In this regard, the Union Jal Shakti Ministry is also launching the ‘Catch the rain’ campaign and its main theme is “catch the rain, where it falls, when it falls”, he said.