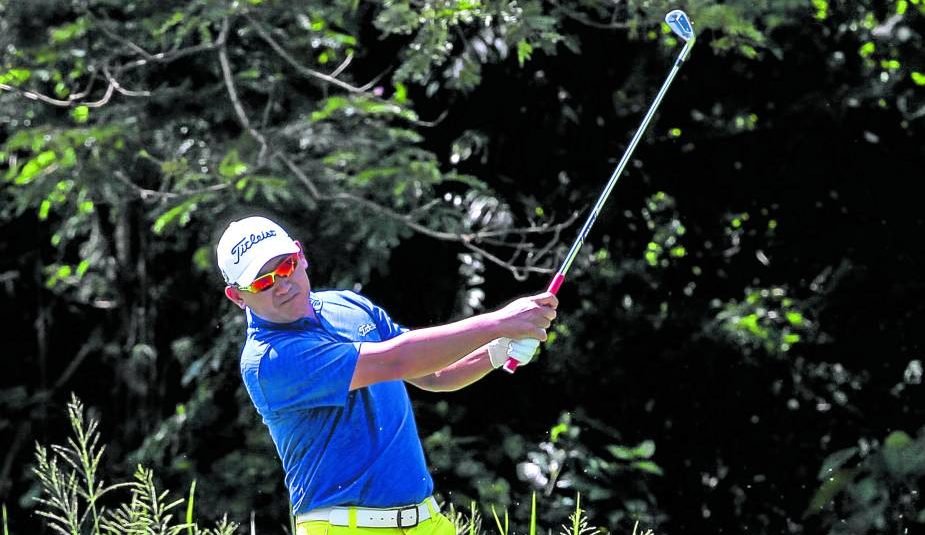 Angelo Que hasn’t won in quite sometime on the local tour and could find Riviera to his liking. —CONTRIBUTED PHOTO

With the winds expected to blow hard at this time of year, the star-studded ICTSI Riviera Championship field of the Philippine Golf Tour will be up for a real test starting on Tuesday at what is already a demanding Langer layout.

“It’s going to be real tough when the winds blow,” Dutchman Guido Van Der Valk, the winner at Splendido in a playoff over the absent Miguel Tabuena last May, said after the pro-am on Monday as he opens chase of a second win on tour in the company of Juvic Pagunsan, Angelo Que and Joenard Rates.

With the course stretched all the way to a little over 7,000 yards, the tight, undulating fairways will put a premium on accuracy for everyone for the week, counting the lean ladies field which will start their 54-hole championship also on Tuesday with amateur Rianne Malixi listed as the player to beat.

The men’s competition, a 72-hole affair that carries a pot of P2 million, is considered to be a wide-open race with Clyde Mondilla also seeing action together with seasoned campaigners Antonio Lascuña and the legendary Frankie Miñoza.

The young guns will also be there, with Ira Alido, who has been playing regularly overseas, leading that bunch together with Zanieboy Gialon, the winner at Caliraya Springs a few months back.

“It will be a question of who will have a good short game for the week,” Gialon said.

Que and Pagunsan have taken time off from the lucrative Japan Tour and are fancied here.

This will be the second event for the season for the duo, which finished tied for fourth at Eagle Ridge-Aoki last July. INQ