Where Are ‘The Ultimatum’ Couples Now? 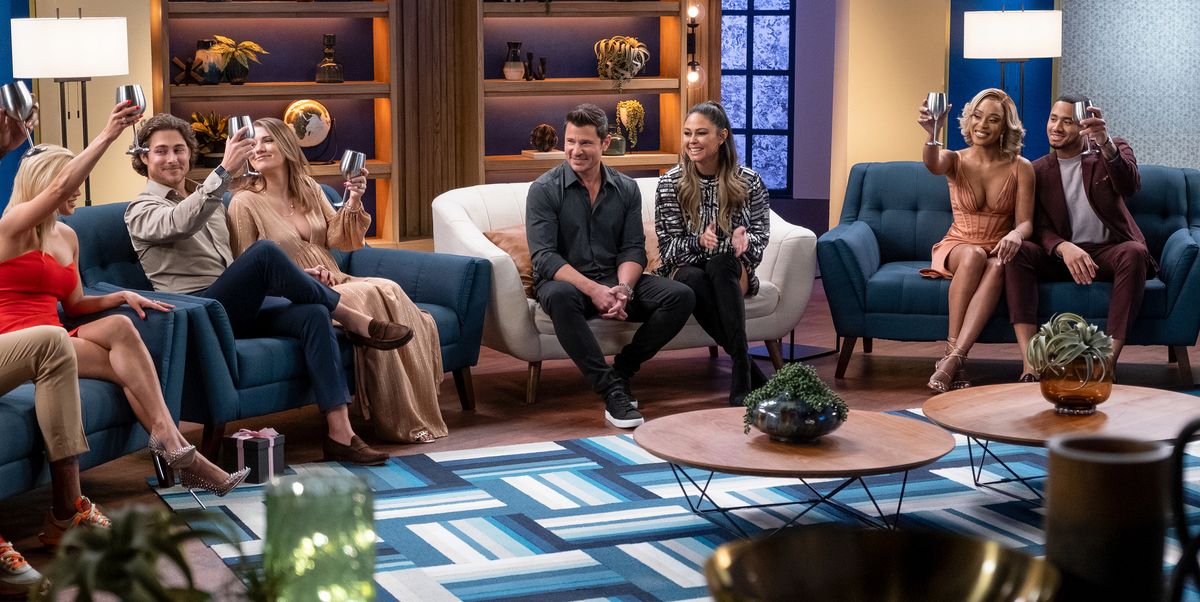 Netflix’s The Ultimatum is exactly what it sounds like. The series follows six couples where one partner presents the other with a “marry me or else” ultimatum. (In my opinion, if your relationship gets to this point, maybe marriage shouldn’t be on the table, but what do I know?) To prove the hesitant partner that marriage is the next step in their relationships, a trial marriage ensues but—and here’s the kicker—the trial marriage is done with different partners. For three weeks, the couples are split up and are “married” to other people. Then, after the trial marriage, the couples reconcile and spend another three weeks together before making the final decision: to get married or not.

The premise is so absurd that you can’t help but hate-watch it. But maybe the producers know something we don’t, because the experiment (the show) nearly worked: Some couples are engaged, others are now single, and one is expecting a child. So, maybe this experiment isn’t so far-fetched after all? Or maybe the magic of reality just has us fooled. Whatever the case, the final episode and reunion for The Ultimatum were just released, so fans now have the updates they need.

Read on to know which couples are heading to the altar, which are back on the dating apps, and which are working things out.

Wedding bells are in this couple’s future—but that’s not because of the show. Before Hunter could choose his trial marriage partner, Alexis gave this grandiose speech about the absurdity of the experiment (at least someone said it!) and how she doesn’t want anyone but Hunter. That was enough motivation for Hunter apparently, because he got down on one knee and proposed.

At the reunion, we learned that the two are still together with a wedding slated for June. What a nice ending.

Like Hunter, Nathan got down one knee—but for nefarious reasons. See, Lauren chose Colby as her partner. And because Nathan didn’t have an acceptable partner to choose for the trial marriage, he decided to propose to Lauren, just moments after Hunter’s proposal. Awkward.

I guess the two are happy since all was well at the reunion. Lauren revealed they were in couples counseling and the child issue—Nathan wanted kids but Lauren did not—was sort of resolved. The couple have agreed to have one kid for now.

One of the four couples who actually participated in the experiment, Randall and Shanique were an interesting duo. There was love between the two—but so were severe communication issues. And the problem got worse when Shanique saw Randall and Madlyn, his trial marriage partner, making intimate connections, even though Shanique was doing the same with her trial partner, Zay.

Somehow the two made it together to the finale and got engaged. However, at the reunion, Shanique revealed that she and Randall had broken up for six months before reconciling. She also said that the goal is to take it slow and rebuild their relationship in the healthiest way.

Oh, April and Jake. Perhaps the most emotional pair, the two went through various ups and downs—April with fertility issues and Jake feeling unheard and alone. In the end, it just wasn’t meant to be. In the final episode, Jake revealed he couldn’t marry April, no matter how much he wanted to. Of course, he says the decision has nothing to do with his trial marriage partner Rae, though he runs off with her as soon as the credits roll.

But even they weren’t meant to be—at the reunion, Jake and Rae aren’t together. While we’re not sure what happened in this love affair (sadly, there wasn’t a tell-all at the reunion), we do know Jake is living his life as a single man. As for April, she found love again and is ready to get married.

The second most dysfunctional couple (the number one title belongs to Madlyn and Colby), Rae and Zay had no chance of surviving. Not only did Rae make a genuine connection with her partner, Jake, but she also seemed emotionally defeated in her original relationship.

Zay, on the other hand, gave his all for their relationship. He was prepared to get married, despite being anti-marriage at the beginning. In a surprise twist, Rae said she wasn’t ready to take that final step with Zay, even though that was the original reason she came on the show. Zay didn’t take this revelation well. He went out all night and came back to the hotel at 8:00 a.m. That was enough for Rae to call it quits.

The two did get back together after the show ended, but not even a second or third try could help this relationship. In fact, the tension between the exes was so bad that insults were hurled back and forth at the reunion. Here’s to hoping that they find some time to heal.

The most toxic couple was the experiment’s only success story. Not only did Madlyn and Colby make it pass the altar, but they’re also expecting a baby girl soon. Shocked? So are we.

It was clear to viewers that Madlyn did not like Colby and preferred a partner like Randall. Colby loved Madlyn, but later episodes reveal that his “love” for her didn’t stop him from hooking up with other girls. (There’s even one scene where Colby admits to telling other women he’s in an open relationship with Madlyn. Spoiler alert: He’s not). Somehow, the two overcame their issues (or rather Madelyn just accepted Colby’s BS), but whatever the case, we’re happy for them!

The “Ugly” Trends That Celebs Are Trying to Make a Thing