What to see, do and hear: Aaron bio, “Trading Places,” Kristin Hersh and more 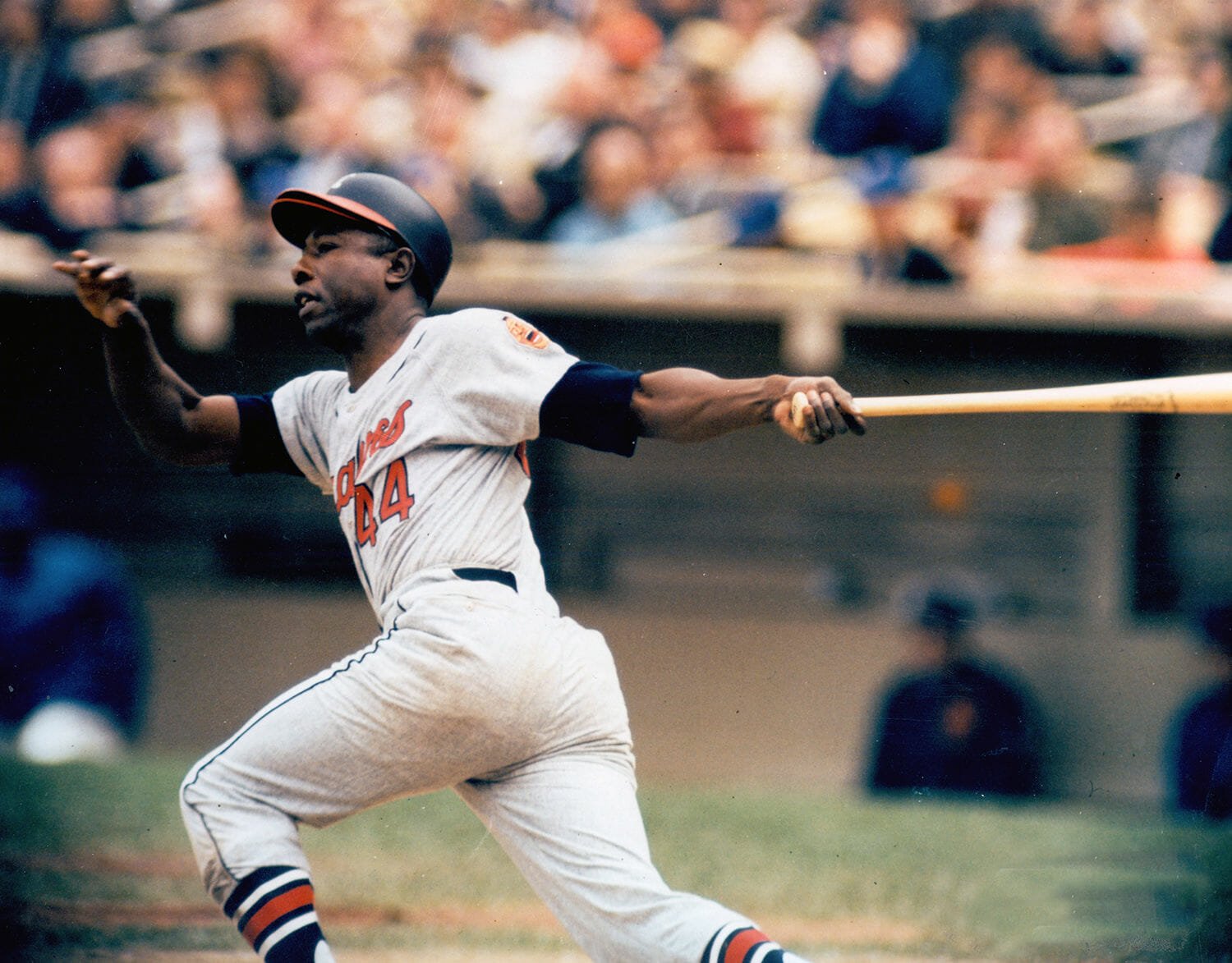 Terence Moore, a former Atlanta Journal-Constitution reporter and columnist, talks about his book The Real Hank Aaron: An Intimate Look at the Life and Legacy of the Home Run King at the Atlanta History Center tonight (Thursday) at 7 p.m. Moore knew Henry “Hank” Aaron intimately and wrote his obituary for the program at his funeral. Moore delves into Aaron’s true thoughts on Barry Bonds and baseball’s steroid era, and his views on race, politics, media and the pressures of breaking baseball’s most hallowed record. Tickets start at $5.

The Swan Coach House Gallery has launched its annual Summer Invitational group exhibition, which showcases fine art and craft from Georgia and the Southeast. The artists this year offer original artworks in pottery, sculpture, textiles, jewelry, glass and design. Dozens of artists are featured and in case you’re wondering how all this art fits into such a small space, know that there’s a refresh in mid-June and an online viewing option as well. Through July 28. Curated by Maria Bruckman and Michelle Laxalt.

America Martin is a Colombian American artist based in Los Angeles. She refers to herself as a “painting anthropologist” and since 2003 has been featured in over 70 solo shows. She writes: “My favorite things find their way into the art I make, through color, harmony and composition. The cheerful sun in the sky. The flowers and vines that I grow. The books I read, places to be traveled, the way dogs bark and children laugh. The joy that I find in the people I know and the people I haven’t met yet.” New Paintings by America Martin is on show at TEW Galleries through June 16.

In 2021, Stephen Eidson’s painting Unrequited was displayed in the Callanwolde Fine Arts Center juried show and was selected by juror Peter Ferrari, leading to a 2022 solo show in the same gallery. Instead of Walls runs through July 14. Based in Lawrenceville, Eidson is an illustrator whose art has been shown at The Hudgens Center for the Arts and Abernathy Arts Center.

Starting tonight, the stage version of Frozen, Disney’s sensational, record-busting hit, settles in at the Fox Theatre for a two-week run. The Broadway show, which garnered a Tony nomination for best musical, will bring favorite Frozen pals — Anna, Elsa, Klaus, Olaf — to enchantingly chilly, 3D life. Completing its Broadway run in March 2020 after breaking four house records at the St. James Theatre, Frozen is on a mission of global conquest, with shows currently in Australia, Japan, London and Hamburg in addition to the North American tour, which the Broadway in Atlanta series is presenting at the Fox through June 12.

After a long run of previews, the Alliance Theatre’s world premiere musical Trading Places, loosely based upon the 1983 Eddie Murphy-Dan Aykroyd film, opens officially on Saturday. Featuring music from Alan Zachary and Michael Weiner and a book from Thomas Lennon, the musical is a comedy that has been updated and reimagined, looking back through the lens of today at the way we were in the 1980s. “If I take something from another era, from film, and just plop it down on stage, that would be a disservice,” Tony-winning director Kenny Leon told ArtsATL. “The play is a perfect vehicle to look at how we are evolving in our country, where we’re falling short politically.” The stars who trade places are Broadway actress Aneesa Folds as con artist Billie Rae Valentine (the Murphy role) and Tony nominee Bryce Pinkham as financier Louis Winthorpe III (Aykroyd’s role). The accomplished creative team is clearly aiming to trade the Atlanta theater for a Broadway house in due time. Through June 26.

Speaking of Broadway ambitions, Aurora Theatre hasn’t been shy about saying it wants to send its world premiere farce Swindlers, which closes Sunday, to the Great White Way. Aurora is collaborating with Broadway Factor, whose partners claim a track record for hit musicals including Mrs. Doubtfire and Kinky Boots as well as the acclaimed revival of Frankie and Johnny in the Clair de Lune. In his ArtsATL review, critic Jim Farmer praised the script by first-time playwright Chris Anthony Ferrer for its “go-for-broke mentality,” but also noted that sometimes the jokes hit, and other times miss, “all at a rapid clip.” Swindlers is about a pair of bungling burglars whose plans to make easy pickings of a Miami mansion go way wrong when it is overrun by other thieves also in pursuit of a $300 million diamond believed to be stashed there.

It’s the 50th anniversary of Pink Floyd’s classic Dark Side of the Moon, which seemed to stay on the charts for decades and is by far the British group’s signature work. The Gilmore Project, an all-star band that includes guitarist Jeff Pevar (who played with Ray Charles and then Crosby, Stills and Nash), comes to Symphony Hall Sunday at 7:30 p.m. to perform the album in its entirety along with other classic Pink Floyd and specifically David Gilmour songs. The band has alumni who performed with members of The Grateful Dead, and brings that “jam band” aesthetic to the works of Pink Floyd. Tickets start at $27.50.

Alt rock pioneer Kristin Hersh, who co-founded Throwing Muses at the age of 14 in Rhode Island and started college at the age of 15, performs Sunday at the City Winery at 8 p.m. Hersh, who has recorded over 20 albums of band and solo work, is also the author of Rat Girl, a book based on her teenage struggles with pregnancy and mental illness that Rolling Stone named as one of the 25 greatest rock memoirs of all time. Hersh’s music has been described as a “magnificently charged union of Sylvia Plath and Patti Smith.” Tickets start at $20.

Beacon Dance Company is one of the ensembles performing at B-Complex Friday and Saturday to celebrate the 60th anniversary of the company that started out as The Decatur Civic Ballet in 1962.  It eventually became Beacon Dance, which shares this program with its sister company Decatur City Dance.  Pre-professional ballet, jazz and tap dancers will perform, along with Beacon dancers in three works:  Edge Revisited by Meli Kay, performed by Leslie Palmer Gourley and Beacon artistic director D. Patton White; Visions of the Golden Path, a new work for and by Beacon movement artist Alex Spitzer; and Adrift through the Interstices, White’s dance film that will be augmented with live performance. 8 p.m. 1272 Murphy Avenue NW. Free. Reservations encouraged.