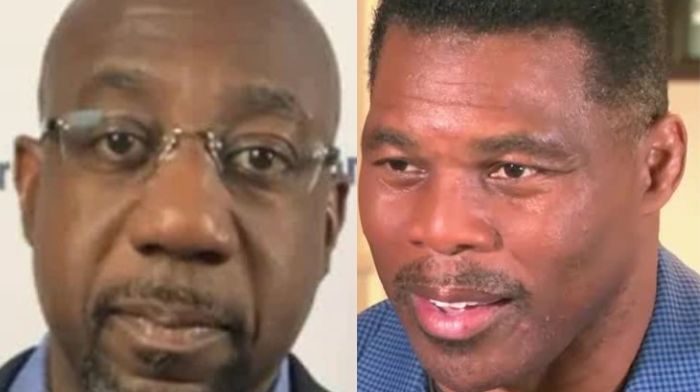 By T.A. DeFeo (The Center Square)

More than half a million Georgian voters have already cast ballots for the U.S. Senate runoff, including 301,545 who did so in person on Monday.

Republican Herschel Walker challenges Democratic U.S. Sen. Raphael Warnock in the Dec. 6 runoff. Neither candidate received more than 50% of the vote during the Nov. 8 election, setting up Tuesday’s showdown.

“The largest Early Voting Day in Georgia history shows that claims of voter suppression in Georgia are conspiracy theories no more valid than Bigfoot,” Georgia Secretary of State Brad Raffensperger said in a statement.

Early voting was set to begin on Monday, but some counties offered voting over the weekend after Fulton County Superior Court Judge Thomas A. Cox Jr. ruled in favor of a lawsuit filed by Democrats and Warnock’s campaign. The ruling allowed counties to offer early voting starting this past weekend.

The midterm election has yielded 50 Senate seats to Democrats and 49 to Republicans. Vice President Kamala Harris serves as the tie-breaking vote should any vote end 50-50.

Both candidates have taken public image hits in the campaign. Reports indicate Walker paid for abortions and that an apartment building owned by Warnock’s church tried to evict tenants behind on their rent by as little as $28.55.

The Center Square reached out to both candidates to clarify their positions on the hot-button issue of crime. However, neither campaign responded to the request.

On his website, Walker’s campaign called defunding the police “a ridiculous idea.”

“Crime is out of control in many of our major cities, including Atlanta, because politicians have demoralized, defunded, and undermined the good men and women in uniform who risk their lives every day so that we can be safe,” according to his website. “Herschel will fight to fully fund all of our public safety officials by ensuring that they have the staff, equipment, and training needed to keep every neighborhood free from fear.”

In a section on criminal justice reform, Warnock’s campaign said, “we need to responsibly fund the police while reimagining the relationship between police departments and the communities they serve.”

Warnock’s website indicates the incumbent favors investing “resources into the training of police officers and into building genuine bonds of community rather than sowing the seeds of distrust” and noted, “it’s equally critical for communities to trust that the justice system is designed to support them.”

A recent AARP poll found Warnock had a 51%-47% lead over Walker. Polling firms Fabrizio Ward and Impact Research conducted the poll on behalf of AARP, interviewing 1,183 likely Georgia voters with a margin of error of 4.4%.

“You Don’t Belong Here!”: Mitt Romney Berates George Santos on House Floor Before State of the Union; Trashes Santos to Reporters After: “He’s a Sick Puppy!”

Biden SOTU Was A Massive Hit According To New Poll