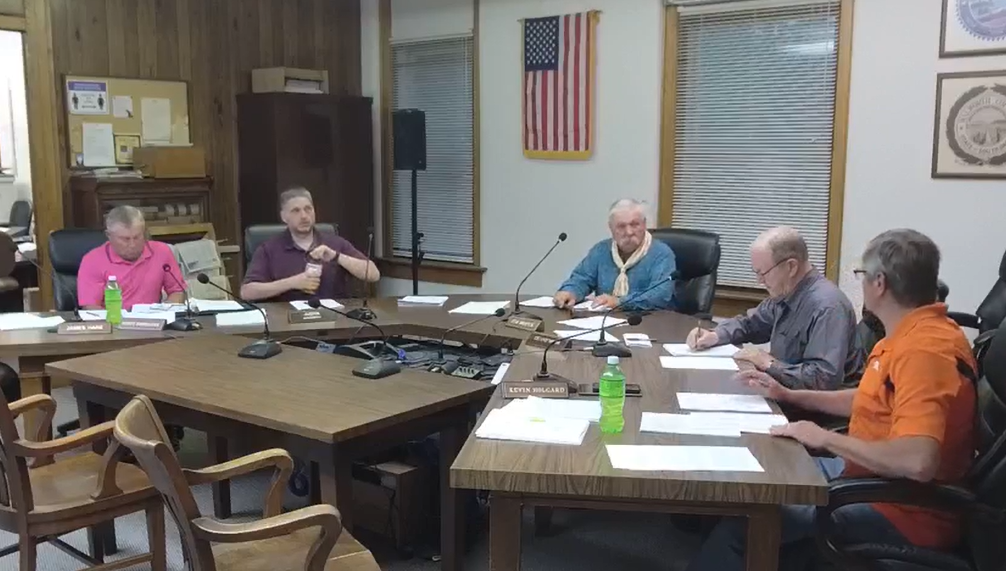 Sheriff Josh Boll told the commissioners he will get things set for a meeting with the City of Mobridge, Mobridge Police Chief and Captain, and also the Highway Patrol.  The meeting date and time will be advertised.

County resident Linda Beamann addressed the commission regarding Commissioner Scott Schilling’s issue with Penny Goetz’s part-time salary at the landfill.  Beamann wanted to know why Schilling did not research previous meeting minutes before bringing it up before the board.  Beamann presented quotes from Schilling, as well the recorded facts from the official minutes where Goetz’s hiring and salary were voted on and approved by the commission.  Schilling told Beamann he did not have to answer her questions.

Later in the meeting Beamann followed up with the board regarding Goetz’s wage.  Commission Chairman Jim Houck said the matter was resolved with Goetz receiving the wage she was hired at.

The county will advertise again for a deputy auditor position, and also the position of auditor.

A second public hearing was held and a motion passed to approve maintenance of private roads.

Commissioner Holgard made a motion to make all county liquor licenses the same at $300.  Motion passed, with Commissioner Houck voting against.

Highway Superintendent Gary Byre will circulate the contracts with Jensen Rock & Sand as for asphalt surfacing in Walworth County for 2022, and with Scepaniak/Arbach for contractor furnished gravel surfacing in Hoven and then bring them back to the commission for signatures.

The board authorized advertising to purchase a used semi tractor for highway department.  Bids will be accepted on July 26th at 10:00 am, and then reviewed and awarded at a regular August commission meeting.

Walworth County Commission meetings are open to the public.