UK’s local builders disappearing in their thousands as costs soar 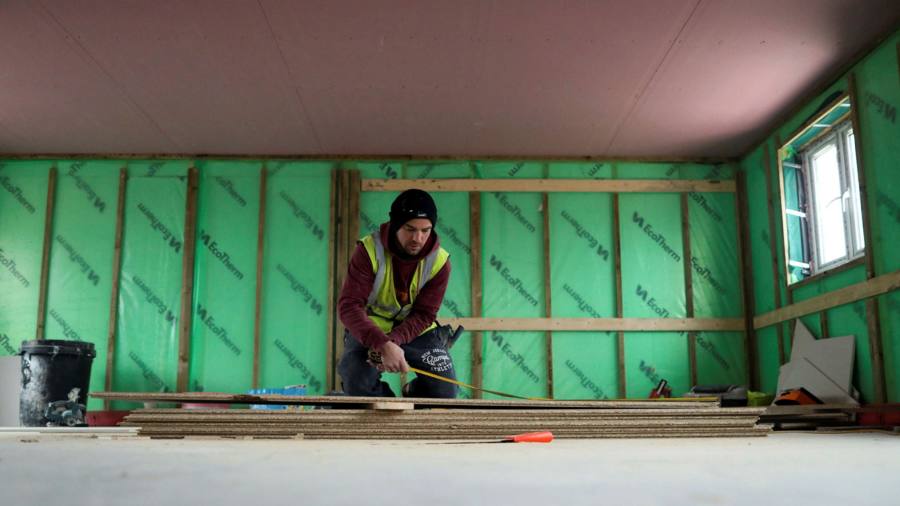 Midas, a 46-year-old construction company based in south-west England, collapsed in January blaming soaring material and labour costs, and a decision by clients to scrap key contracts.

The buckling of the privately owned building firm, which directly employed 300 staff and had turnover of £290mn last year, rippled through the seaside town of Torquay, delaying work on a hotel and leaving a chain of more than 1,700 small local subcontractors waiting to be paid.

Construction is booming in the UK, but while that should translate into healthy profitability for building companies, many are going to the wall.

“It’s the perfect storm,” said Matt Mawhinney at Midas’s administrator, Teneo, which is dealing with a sharp rise in inquiries from struggling building firms and their lenders.

More than 3,400 smaller UK construction businesses went into administration in the year to April — the highest number since the financial crisis. In April alone, almost 400 went bust, representing a near 50 per cent increase compared with January 2020, before the pandemic, according to the latest Office for National Statistics figures. Bankruptcies in construction are outstripping those in every other sector in the UK.

These firms, which are typically family run and employ fewer than 50 workers — are being hampered by sharply rising costs, from shipping to energy and materials to labour.

Higher shipping costs caused by supply chain congestion out of China have led to long delays and shortages of key building products. The cost of a 40ft container from China was $11,000 at the start of this month, less than its peak of $14,700 in October, but a huge rise from $1,500 in summer 2020.

Soaring energy costs are adding to the price of materials such as steel and pushing up the cost of using plant equipment on building sites.

The result is rocketing prices for construction materials, which typically account for about 20-25 per cent of the cost of most building projects. Timber, for example, was up 30 per cent in the year to April 2022, compared with a year earlier, and fabricated steel by 45 per cent, according to the latest UK government figures. Concrete reinforcing bars — steel structures used to strengthen concrete in building projects — are 60 per cent more expensive than a year ago.

The pressures are being further exacerbated by a labour shortage caused by Brexit and the pandemic, which has driven up wages in the sector by almost 10 per cent in the past year. UK construction has 244,000 fewer employees than three years ago due to a loss of EU workers and early retirees.

The combination has been “terrible” for smaller businesses, said Noble Francis, economics director of the Construction Products Association, who is concerned that companies are about to face a further surge in costs for materials, plant and equipment as long-term contracts for electricity bought in advance come to an end.

“There’s a lag effect from the spikes in energy and commodity prices after Russia’s invasion of Ukraine because firms use forward contracts for energy and pre-purchase materials and products where possible,” he noted. “That merely delays the problems rather than solves them so the insolvencies are only just starting to come through now.”

Simon Rawlinson, head of research at consultancy Arcadis, said insolvencies were always likely to rise following the closure of schemes to protect companies, such as Covid loans and furlough payments, introduced during the pandemic. But the number of insolvencies was “gaining momentum and a growing concern”, he added.

Hopes that the removal of Covid restrictions in Shanghai could normalise production in China over the summer and ease the bottlenecks in deliveries to the west were dashed by Beijing’s decision to impose a fresh lockdown last week.

The difficulties are affecting Britain’s largest builders — London’s biggest developer, Berkeley, this week predicted that the number of new homes being built across the capital could halve in the coming years as a result of rising construction costs and development taxes.

Some of the biggest infrastructure projects — including the HS2 high-speed railway line — have also been hit. Chief executive Mark Thurston said the construction of the London to Birmingham high-speed railway was facing 30-40 per cent swings in the cost of raw materials. Steel was costing roughly £800 a tonne, about £350 more than a few months ago, he said.

But the inflationary pressures are hitting smaller builders the hardest as they do not always have visibility of demand, the cash to buy supplies in advance, the room to store them or the ability to pass on costs to customers, especially when fixed price contracts have already been agreed. Changes to accounting and VAT rules and rising insurance costs have also weighed on the sector.

Brian Berry, chief executive at the Federation of Master Builders, said he feared that scores of the 7,000 small local builders the group represents would be unable to “weather the storm.”

“They are in a very tough position as rising material costs are forcing them to put up prices to keep solvent, [but] customers are also tightening their belts because of the cost of living crisis.”

Sarah Collins, at Interpath, the company’s administrator, said the firm’s collapse was “typical” of a number of construction insolvencies it is handling. “This isn’t usually about poor management; it’s just that the contracts aren’t moving with the economic climate and the customers often aren’t willing to negotiate. It’s just a very difficult environment to navigate.”