Ukraine and the start of a second cold war 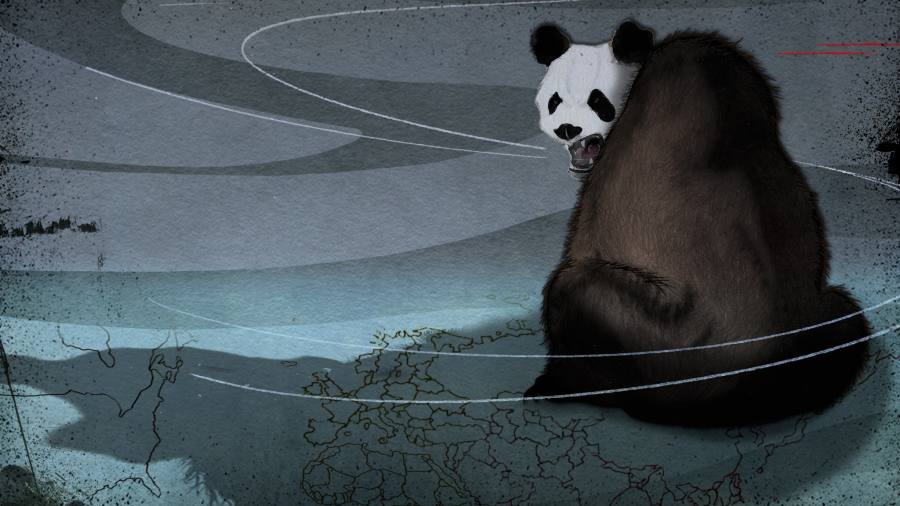 Since Russia invaded Ukraine, there has been much talk of the echoes of the second world war and the dangers of a third one. But the current global moment is much more like a return of the cold war.

Once again, the US is assembling a coalition of democracies to face off against a Russia-China axis. Once again, the dangers of a nuclear war are central to international politics. And once again, there is a large bloc of non-aligned countries — now generally referred to as the “global south” — that is intensively courted by both sides.

Many in the global south insist that Ukraine is a regional conflict that must not be allowed to disrupt or change the whole world. But policymakers in the Biden administration already frame the war in global terms. They see Russia and China as partners in a challenge to the “rules-based order”, upheld by the US and its allies. The battles in Ukraine are currently the central theatre of that wider struggle.

Viewed from Washington, security threats in Europe and Asia are now so deeply connected that the two continents are seen by officials as a “single operating system”. That is a pattern of thinking that is very reminiscent of the cold war, when America was always mindful that what happened in Vietnam or Korea could have effects in the divided city of Berlin or in the north Atlantic.

One big difference from the last cold war is that this time the Americans see China, not Russia, as their most serious rival. That belief has not been changed by the fact that it is Russian president Vladimir Putin who has launched a war. In fact, the China focus of the Biden administration intensifies the tendency to see the Ukraine war as not just about the security of Europe, but about the wider global order.

While there is some glib talk in the west about attempting to “do a Kissinger” — and once again engineer a split between Russia and China, as happened in the 1970s — few in Washington believe that is a plausible near-term prospect. On the contrary, US officials see China as very firmly in Russia’s corner. Dissuading Beijing from translating its pro-Russian sentiments into direct military or economic support for Moscow remains a top American priority.

US allies in Asia — in particular Japan, South Korea and Australia — are also very alive to the implications of the Ukraine war for their own security. The worst-case scenarios for them would be that Russia’s aggression emboldens China and distracts America — leading to a region-transforming Chinese invasion of Taiwan. The best case is that the Ukraine war revitalises the western alliance and US global leadership and causes China to back off in Asia.

In reality, however, Biden’s people do not think that Russia’s troubles in Ukraine have changed Chinese minds about the wisdom of a possible invasion of Taiwan. The Chinese, they believe, are more interested in figuring out where Russia has gone wrong — and adjusting their own plans accordingly. The need for overwhelming force in any military action is one likely lesson. Another is the need to protect China’s economy from possible western sanctions.

In late May, Biden visited Japan and South Korea — and not for the first time suggested that the US would fight to defend Taiwan. (His administration was again forced to qualify the president’s comments.) At the end of June, Nato will hold a summit in Madrid. Significantly, Japan, South Korea, Australia and New Zealand have all been invited to attend.

Pulling together a coalition of democracies is meant to improve the west’s security position in both Europe and Asia. Countries such as Japan play an important symbolic and practical role in the struggle with Russia. They are vital to the sanctions effort — making it much harder for Moscow to find easy ways around sanctions. In return, the Asians are keen to see European countries play a bigger security role in Asia. Recent naval visits to the region, by the British, French, Germans and Dutch, have been welcomed.

But while the Americans are happy with the response of their most important north Asian allies to the Ukraine war, they are concerned by their failure to win the battle for opinion in south-east Asia. At a recent summit meeting with the Association of Southeast Asian Nations in Washington, some Asean leaders privately echoed Russian talking points about Nato’s responsibility for the war in Ukraine and alleged “false flag” operations.

India is seen as an even more important challenge. The government of prime minister Narendra Modi has been careful to avoid taking sides on Ukraine, abstaining on the key UN votes and increasing oil imports from Russia. The Americans think that hectoring New Delhi on this subject is likely to be counter-productive. Instead, they are intent on gradually drawing India closer to them by emphasising the two countries’ shared security interests in containing Chinese power.

Some historians now see the first and second world wars as two stages of the same conflict — separated by a generation of increasingly fragile peace. It may be that future historians will talk about the first and second cold wars — separated by a 30-year era of globalisation. The first cold war ended with the fall of the Berlin Wall in 1989. The second, it seems, began with the Russian invasion of Ukraine in February 2022.