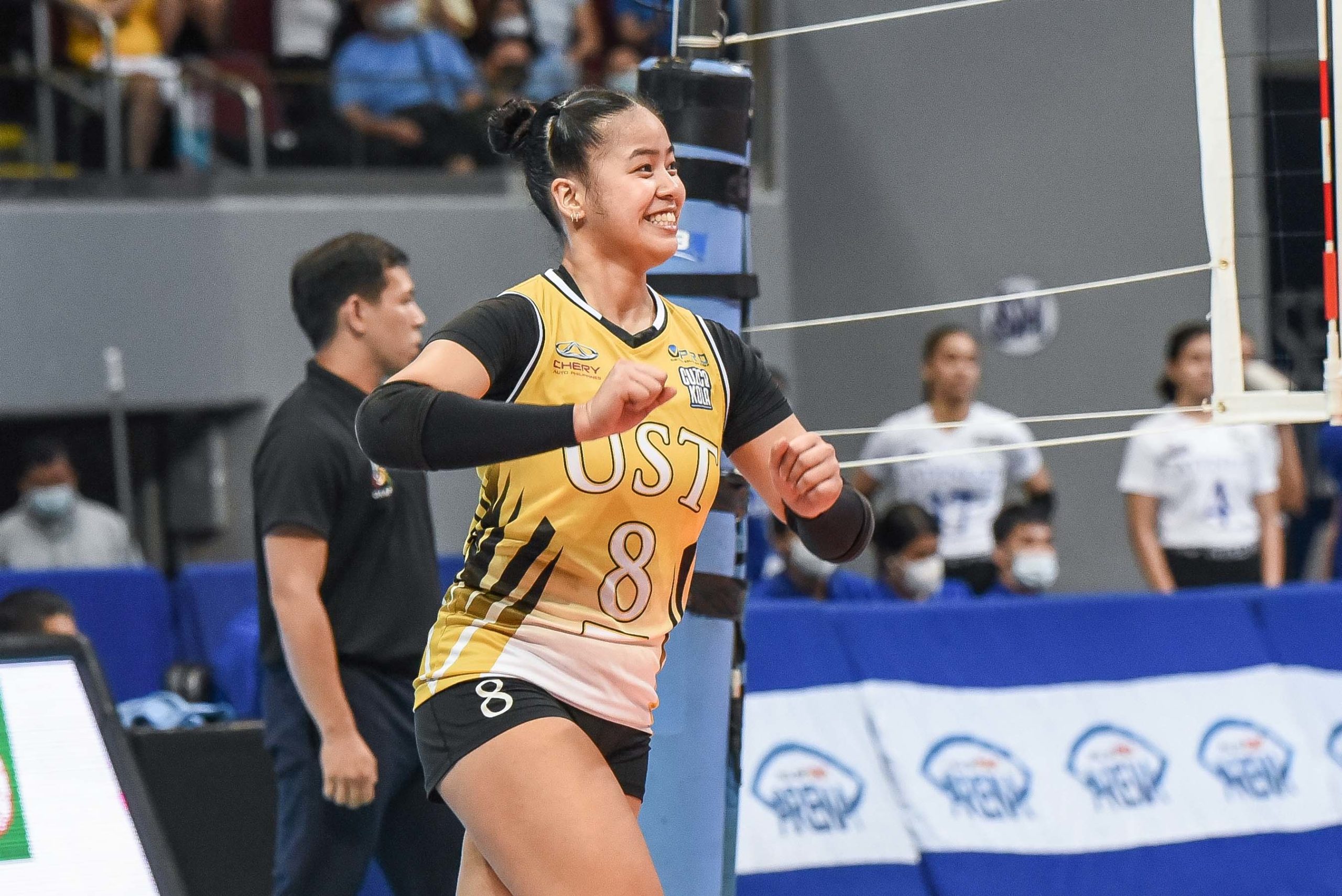 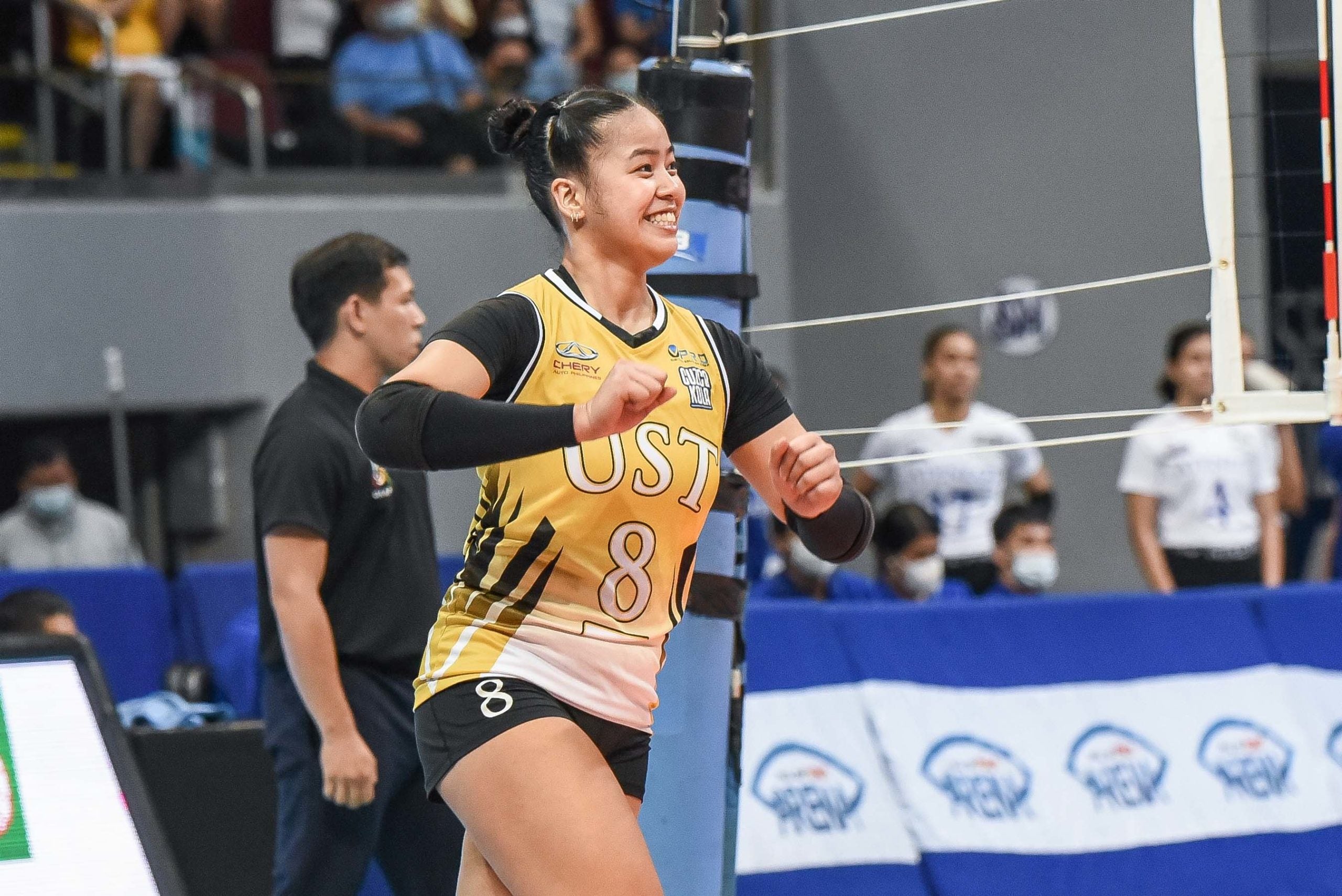 MANILA, Philippines — University of Santo Tomas star Eya Laure emerged as the leading scorer in the first round of the UAAP Season 84 women’s volleyball tournament.

The 23-year-old spiker topped all scorers with a total of 160 points, built on 143 attacks, 11 blocks and six service aces, in their first seven games, with  UST currently at second place with a 5-2 record.

Ateneo’s Faith Nisperos was in distant second with 127 points, followed by La Salle rookie Leiah Malaluan with 109 points, University of the East’s Ja Lana with 102 markers, and National University’s Bella Belen as the top five scorer with 97.

The Season 82’s top rookie, who was also Sisi Rondina’s runner-up in the MVP race, was surprised by her career game as all she wanted to do was to show composure and make up for her errors.

“It all boils down to the composure of a team. That’s why I told my team that Tigers are not cowards. I really shouted that,” Laure said in Filipino. “Sometimes I doubt myself. But coach KungFu is always there to remind me to just make up for my errors and trust myself.” 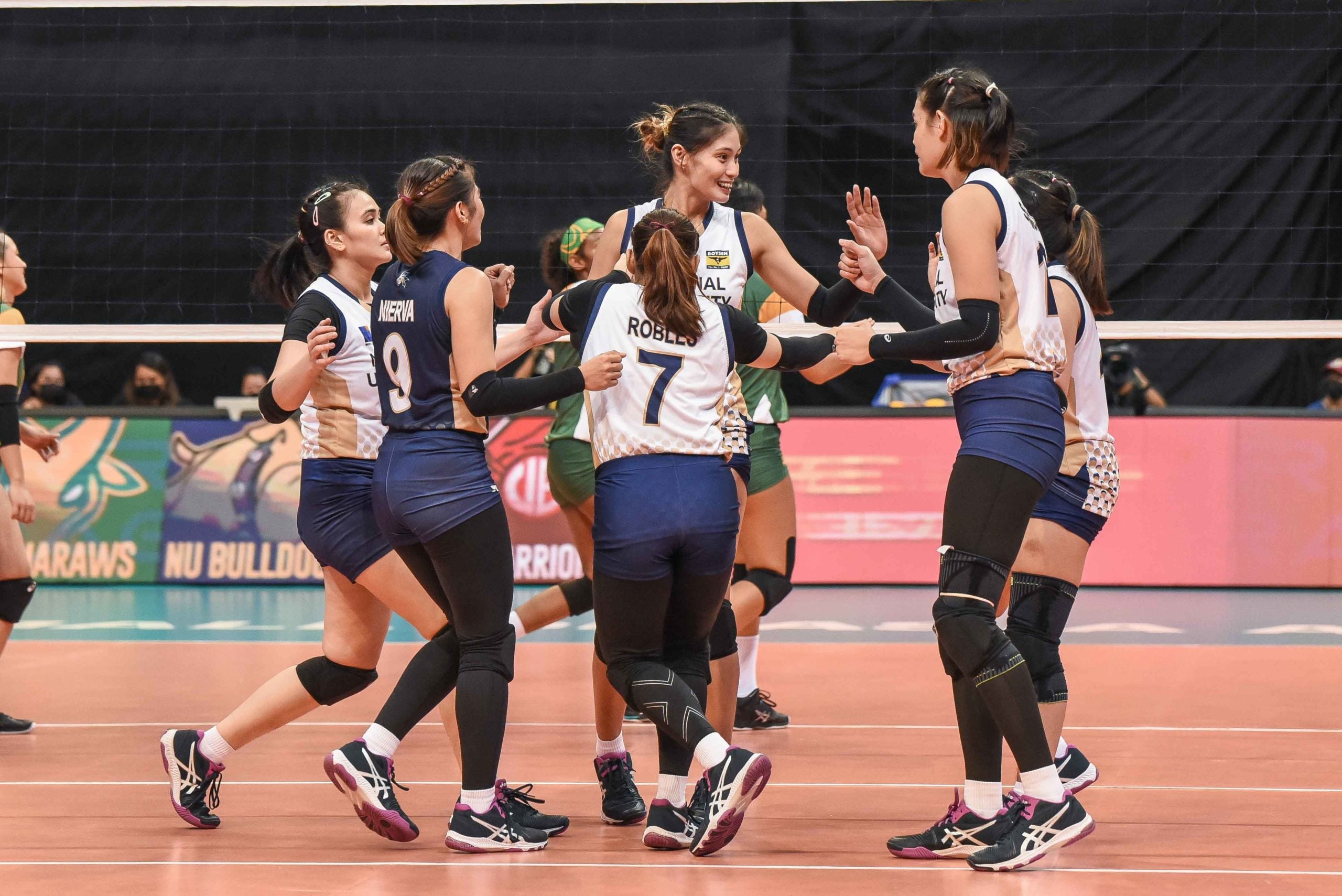 Meanwhile, the Lady Bulldogs, who swept the first round, had four players leading six statistical departments.

NU skipper Robles emerged as the first round spiking leader with 38.64% attack efficiency, followed by her rookie teammates Belen and Alyssa Solomon, who spiked 38.05% and 36.52%, respectively. Laure was at No.4 with 34.29% success rate and Nisperos placed as the top 5 spiker with 33.75%.

Solomon and Belen were also the Best Servers in the first round, with the former nailing 11 aces and averaging 0.48 aces per set, while the latter had 10 and 0.43 average by set. Nisperos was third in serving with 0.38 average by set, while La Salle’s Malaluan and Thea Gagate completed the top five with 0.32 aces per set apiece.

Lady Bulldogs playmaker Camilla Lamina was the top setter after seven games, averaging 5.09 excellent sets per frame, while libero Jennifer Nierva was on top of the best receivers with 50% efficiency in receiving and third in digs with 4.13 digs per set as La Salle’s Justine Jazareno (5.00) and FEU’s Alexandra Juangco (4.26) were the top two best diggers so far.

Adamson’s Lorene Toring leads the blocking department with a total of 15 kill blocks, averaging 0.58 per set. Ateneo’s AC Miner is at No.2 with 0.50 blocks per set. La Salle’s Baby Jyne Soreno is the only opposite spiker in the top 5 best blockers with 0.48 blocks per frame, followed by Ateneo’s Joan Narit (0.46) and Lady Spikers Fifi Sharma and Gagate both averaging 0.44 blocks per set.

The women’s volleyball will have a week-long break before the second round. Laure said everyone deserves the break after a grueling first round.

But for the UST community, she promised the Tigresses will not get tired, fighting for the UAAP crown after a runner-up finish in 2019z

“We need this time to recover. But because of our seventh man, who always cheers for us every game, how can we feel tired? Their cheers lift us every game. We really missed them after two years,” she said.