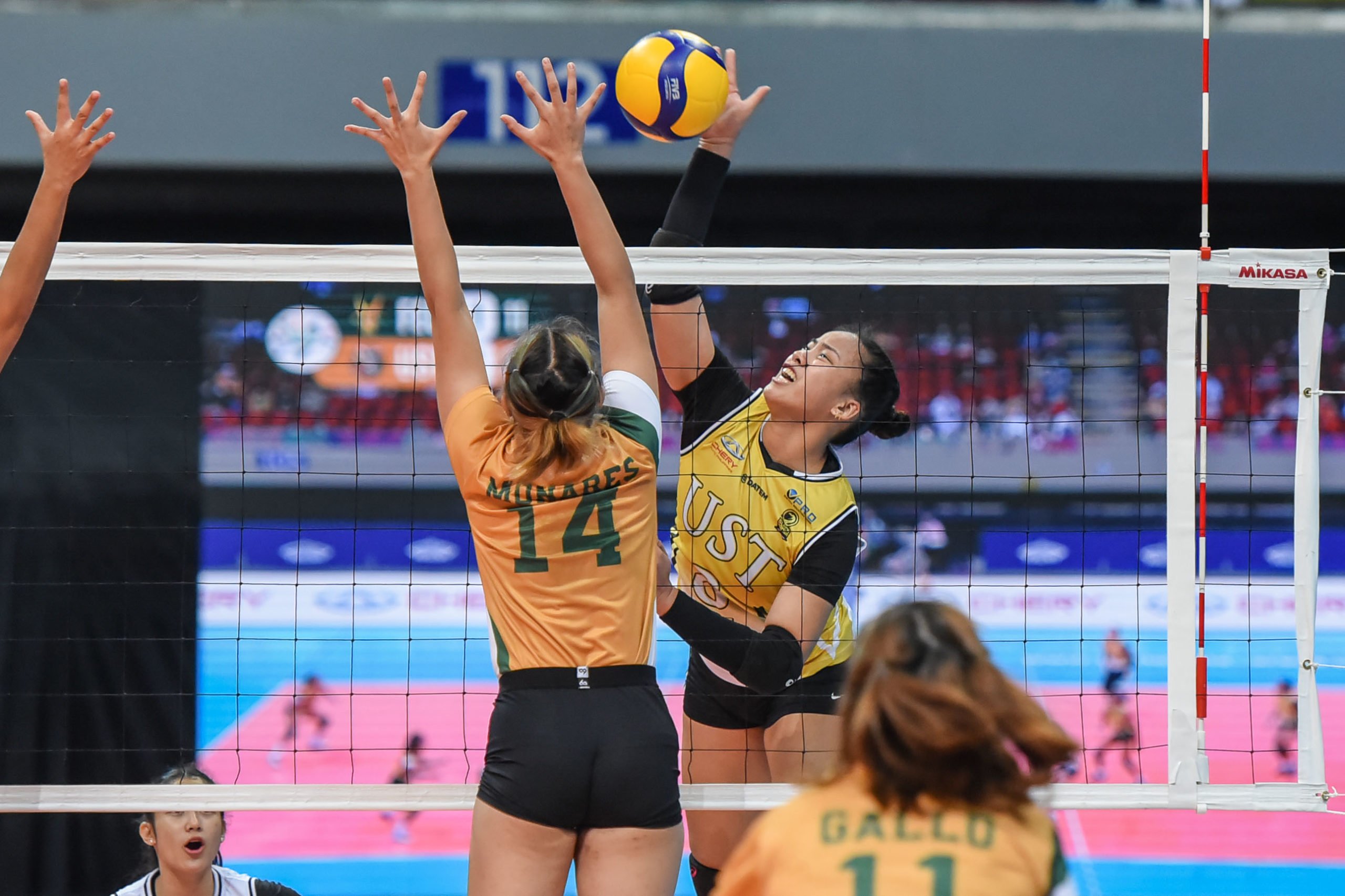 UST’s Eya Laure elevates to get a hit. UAAP PHOTO

Licking the wounds from their back-to-back losses to Ateneo and La Salle, Laure bounced back with a 19-point explosion to bring back the winning ways of UST and help secure at least a playoff for a Final Four spot with an improved 8-4 record.

The star spiker, who was held to UAAP-low eight points in their four-set loss to La Salle last Thursday, unloaded 18 attacks and an ace including a great defensive effort of 13 digs and 12 excellent receptions.

Tapia also stepped up with 16 points from 14 attacks, while Camille Victoria added 11 markers.

But UST coach KungFu Reyes thinks his wards still haven’t addressed their past mistakes from the previous games after losing the second set to FEU.

“We’re out of the system in the second set. We were just able to correct things (in the last two sets),” Reyes said. “This is a big morale booster for the players. We woke up on the wrong side of the bed in our last two games, which we can still feel right now because this is not how we play. Luckily, we got the win.”

In the second set, the Lady Tamaraws easily reached the set point, 24-20, after Laure’s back-to-back errors. But Laure and Tapia saved two set points before Chenie Tagaod’s attack error that trimmed the lead to just one, 24-23, only for FEU to deny Imee Hernandez’s spike to level the match one set apiece.

The second set loss served as a wake-up call for the Tigresses as they dominated the last two sets, especially in the fourth where they built a 21-8 spread and never looked back to complete the bounce back win.

The Lady Tams suffered their 11th defeat in 12 games, losing nine straight matches since May 10.