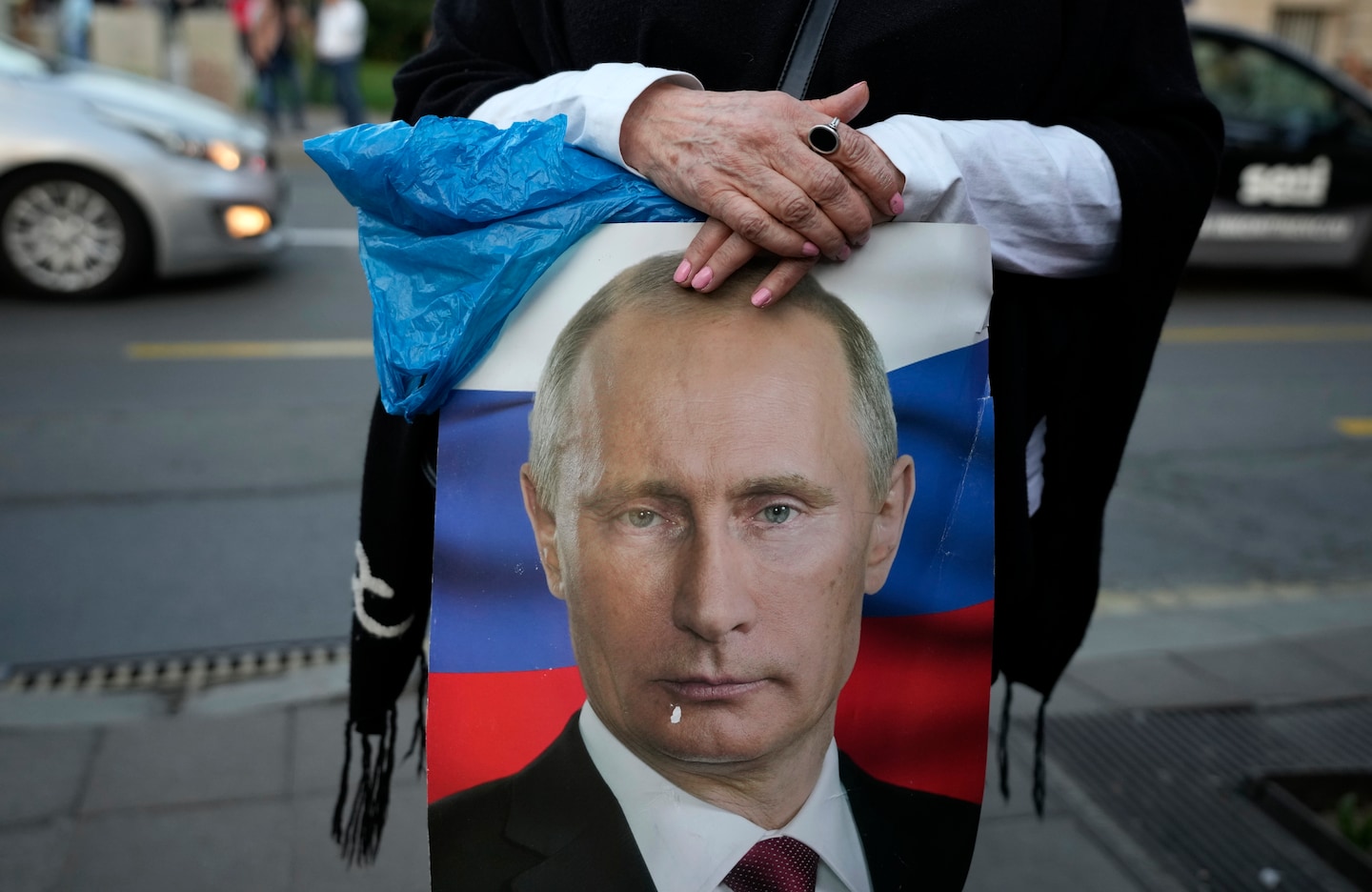 Few experts are willing to predict how or when the war in Ukraine will end. But many foresee a protracted, bitter conflict, particularly in the country’s east as Russian forces retrench after the humiliating repulse of their advance on Kyiv. The Ukrainian government has clamored for greater military support from Western allies. President Volodymyr Zelensky has vowed to fight for years to come instead of bowing to Russian ultimatums. A tentative diplomatic process has faltered amid mounting reports of Russian war crimes and atrocities in Ukrainian cities and towns.

In Washington and numerous other European capitals, officials are planning to apply and maintain pressure on the Kremlin for years to come. Though most NATO leaders — with the notable, albeit ad-libbed, exception of President Biden — have not voiced an overt desire for regime change in Moscow, the Russian invasion of Ukraine has focused a newly galvanized West on a path of confrontation with Russian President Vladimir Putin.

As my colleagues Karen DeYoung and Michael Birnbaum reported over the weekend, a long-term strategy led by the United States to isolate Russia is already coming into view. It marks a new pivot from the long-telegraphed “pivot to Asia” — the supposed determination on the part of successive U.S. administrations over the past decade to shift their geostrategic priorities to the Asia-Pacific. Russia was once dismissed by former president Barack Obama as a “regional power” with limited influence and capacity; now, the Biden White House sees it alongside China as a primary adversary and is reviving a version of the old Cold War era approach of “containment” to check Moscow’s ambitions.

Spoke with EU President @vonderleyen about her recent visit to Kyiv & meeting with President @ZelenskyyUa. We are determined to continue to strengthen our support for #Ukraine. #NATO and the #EU stand united, in solidarity with the Ukrainian people.

In June, NATO will reveal its first “strategic concept” document since 2010. Twelve years ago, the alliance hoped to secure a “true strategic partnership” with Russia — now, it’s likely to signal a far more aggressive posture toward Putin’s regime. NATO governments will likely commit to larger and more entrenched troop deployments along Russia’s border, while the alliance looks set to grow with both Finland and Sweden close to joining the bloc. Though some critics wish it would move faster, member states of the European Union are also working toward a long-term phaseout of the continent’s reliance on Russian energy.

Rinkevics sums up what now also happens to be the bipartisan consensus in Washington. Of course, away from the West, the view is somewhat different. Major democracies in Brazil, India and South Africa have cautiously stuck by historic friendships with Moscow and refused to go along with Western-led sanctions and anti-Russia votes at the United Nations. Though its economy has already been rocked by the new sanctions, Russia still can look to markets and friends elsewhere — not least in China — for some hard currency and a modicum of solidarity.

That alone may offer some comfort to the Kremlin. “We don’t intend to be isolated,” Putin declared on Russian state television last week. “It is impossible to severely isolate anyone in the modern world, especially such a vast country as Russia.”

The irony, though, is Putin himself seems one of the most isolated leaders in the world. As my colleagues reported, he allegedly doesn’t use a smartphone and rarely accesses the Internet, while the experience of the pandemic has only accelerated his habit of having only limited contact with subordinates.

This isolation may underlay what appears to be the dramatic miscalculation behind the invasion of Ukraine, which Putin and his allies seemed to believe would lead to the swift and smooth removal of the Zelensky government, all to the cheers of a pro-Russian public. That did not come to pass, and Putin’s insistence that Ukraine was both not a real nation and that it was controlled by a cabal of Nazis has been shown to be what it always was — an autocrat’s delusion and hubris.

Facing setbacks on the ground in Ukraine and diplomatically with the West, Putin has circled the wagons. His proxies on state media cast the war in Ukraine now as a battle against NATO itself, a propagandistic diversion from Russia’s role as the prime aggressor. Dissent within Russia is being brutally snuffed out, as analysts see Putin’s rule lurching into a dark new phase.

“Putin’s regime has completed its reversion from a 21st-century spin dictatorship to a 20th-century dictatorship based on fear,” wrote Sergei Guriev, a Russian economist at Sciences Po in Paris. “Unfortunately, this is what Russia will look like until he is gone.”

Watch what happens when one pundit on Russian state TV tries to ask why it’s taking so long for Russia to win in Ukraine: head of RT Margarita Simonyan nearly pecks his head off, as she argues that Russia is fighting NATO in Ukraine. He quickly backs down: “I didn’t complain!” pic.twitter.com/4wBMSn8nZl

Putin’s decision to invade Ukraine — and the West’s collective and sweeping response to the invasion — has brought us to an existential moment. The status quo appears untenable and both sides are digging in for what could be a protracted, costly standoff. In Washington, some analysts believe the stakes ought not be this high, not least when the United States has yet to get its arms around the far greater and meaningful challenge posed by China.

They often point to the late-stage thinking of George Kennan, the famous American diplomat who crafted the United States’ Cold War policy of containment. As the years went by after the fall of the Soviet Union, an aging Kennan looked warily at NATO’s expansion into Eastern Europe, warning that it would inevitably kindle a backlash from a Russian government wary of being contained yet again.

“I think it is the beginning of a new cold war,” Kennan told the New York Times in 1998. “I think the Russians will gradually react quite adversely and it will affect their policies. I think it is a tragic mistake.”

But many Europeans are no longer interested in being sensitive to a figure like Putin or tolerating his revanchist resentments and neo-imperial ambitions.

“We thought interdependence, connectiveness, would be conducive to stability because we had correlating interests. Now, we’ve seen this is not the case. Russia was highly connected with Europe, a globalized country,” a senior European official told my colleagues. “Interdependence, we’ve now seen, can entail severe risks, if a country is ruthless enough. … We have to adapt to a situation that is absolutely new.”