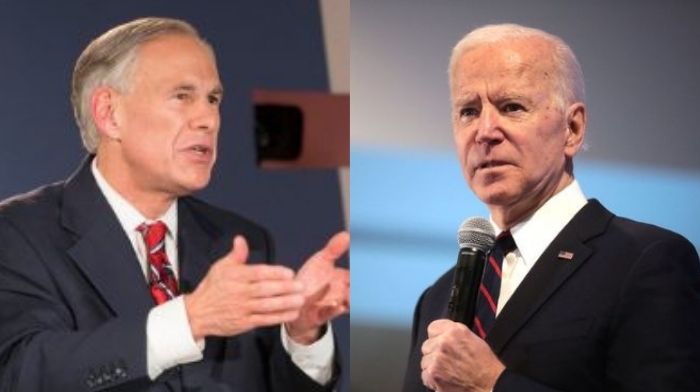 Texas Gov. Greg Abbott was true to his word about busing illegal immigrants to Washington D.C. – with the first bus from Texas arriving in the nation’s capital early Wednesday morning.

Abbott had threatened the most last week in protest of federal immigration policy that is overwhelming border communities.

First Texas bus drops off migrants blocks from US Capitol in Washington, DChttps://t.co/Jydtgg9I06

RELATED: BLM Defends Purchase Of $6 Million Mansion But DOES Apologize For ‘Stress’ Caused By People Finding Out About It

Of the busing move, Abbott said last week, “We are sending them to the United States capital where the Biden administration will be able to more immediately address the needs of the people that they are allowing to come across our border.”

There’s one catch: it would have to be voluntary. It appears that at least one busload of individuals volunteered.

The bus, according to Fox News, arrived in D.C. early in the morning, and the passengers disembarked near the Capitol. After arriving, the illegal immigrants were apparently cut loose and free to go wherever they pleased.

Abbott says the transport of illegal immigrants is in response to the federal government’s epic failure to deal with the surge of migrants at the border:

“Texans demand and deserve an aggressive, comprehensive strategy to secure our border—not President Biden’s lackluster leadership. As the federal government continues to roll back commonsense policies that once kept our communities safe, our local law enforcement has stepped up to protect Texans from dangerous criminals, deadly drugs, and illegal contraband flooding into the Lone Star State.”

.@JoeBiden probably didn’t think @GregAbbott_TX would actually do it… 😳https://t.co/IinSFg8exy

RELATED: VIDEO: Pennsylvania Man Tackled, Arrested After Placing Biden ‘I Did That’ Stickers On Gas Pump

Plan May Be Working…For Now

There have been many skeptics from both sides of the aisle who questioned whether Abbott would actually go through with the plan. Republican Texas State Rep. Matt Schaefer called the plan “a gimmick.”

She added, “His own office admits that a migrant would need to voluntarily be transported and that he can’t compel them to. Because again, enforcement of our country’s immigration laws lies with the federal government, not a state.”

Greg Abbott is doing Biden a favor by busing illegal immigrants to DC because he invited them in. Here you go Joe, your guests are arriving.

Abbott Not The First

Gov. Abbott has not been alone in his idea to send illegal immigrants directly to the Biden administration’s front door. Back in February at the annual Conservative Political Action Conference (CPAC), Florida Gov. Ron DeSantis echoed the same idea. DeSantis had another destination in mind for illegal immigrants: Joe Biden’s home state of Delaware.

The Biden administration’s impending end of Title 42 immigration restrictions has both Republicans and Democrats on edge. A bipartisan group of senators plans to introduce legislation that would block Joe Biden from lifting the order.

The Department of Homeland Security says that if the Title 42 order is lifted, it is expected that some 18,000 illegal immigrants per day could cross the southern border.

This is the start of making America Safe Again