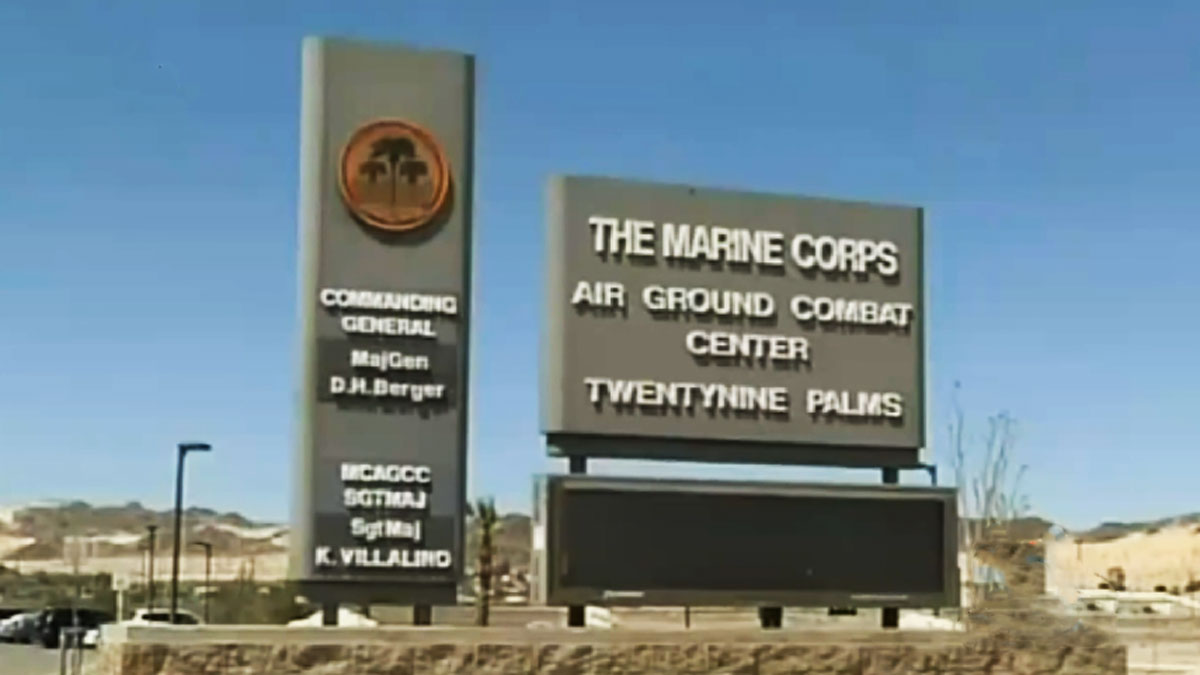 The Marine Corps Air Ground Combat Center in San Bernardino County is in lockdown after what authorities called an anonymous report of shots fired, the base announced on Twitter.

“We have received reports of shots fired on board MCAGCC,” the base in Twentynine Palms said in the statement, shared just before 10 a.m. Monday morning.

“The MCAGCC Provost Marshals Office is currently responding to the situation. The installation has entered a lockdown state and all personnel are required to shelter in place. We will issue updates when available.”

Follow-up tweets stated that the first reports of a shooter came in at 8:52 a.m., and that the report of shots fired came anonymously.

Authorities have not yet confirmed whether shots have been fired. Investigation is underway.

The San Bernardino County Sheriff’s Department said it has received no reports of injuries.

The Sheriff’s Department is assisting, and no arrests have been made, the SBSD said. The lockdown will continue until the base is secured.

No further information about the possible shooter or shooters was available.

NBCLA has reached out to the base for details.