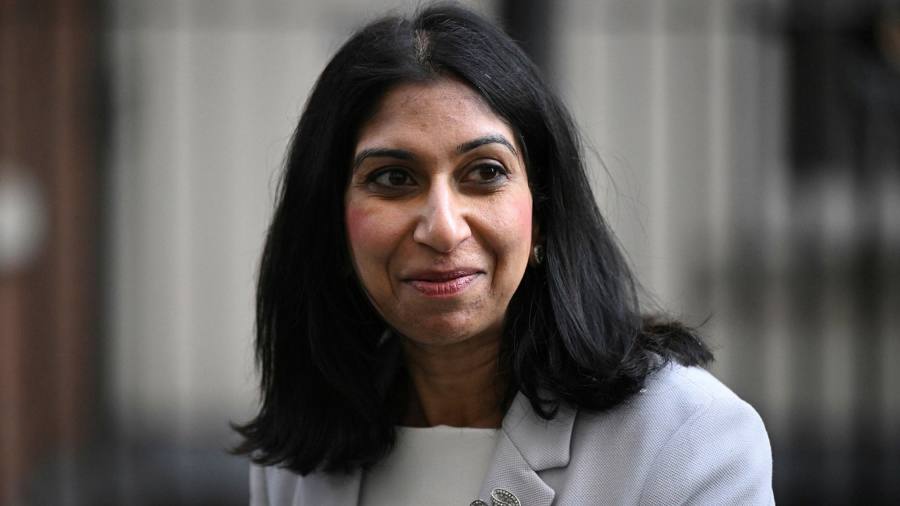 The UK government has taken legal advice from a US-born lawyer who worked for Donald Trump’s administration to build its case for unilaterally tearing up post-Brexit trading arrangements for Northern Ireland.

Senior Whitehall insiders said the government had “sidelined” its previous team of external legal advisers on the Northern Ireland protocol. They added that it wanted to establish a case in international law for UK legislation to override parts of the deal signed in 2019 to avoid a return of a north-south trade border on the island of Ireland.

Suella Braverman, UK attorney-general, is reported to have legally greenlighted the government’s proposed unilateral action on the basis that it is necessary to defend the higher-priority 1998 Good Friday Agreement, which ended conflict in Northern Ireland and which the Johnson government argues is being endangered by the protocol.

The FT revealed in November that the government was looking for fresh legal advice — described by Whitehall insiders as “opinion shopping” — to support its case for legislation to “switch off” parts of the protocol in UK law.

Three people with knowledge of the process said ministers had engaged Thomas D. Grant, an international lawyer based at Cambridge university who was a political appointee to the Trump administration state department and worked on the US national security strategy.

Grant, who has been on a leave of absence from Cambridge since taking up his appointment in Washington DC, lists “sovereignty” and “state immunity” among his legal interests on the website of Wolfson College, Cambridge. Grant did not respond to a request for comment.

At the height of the debate over Brexit in June 2019, Grant also co-authored a pamphlet for the Politeia think-tank with the leading Brexiter lawyer Martin Howe QC, arguing that the UK should opt for a “no deal” Brexit over a deal that left Northern Ireland with legal ties to the EU.

Among the arguments advanced in the pamphlet, according to Politeia, was that there was “no insuperable problem” about the Irish border, given that it was already a border for VAT and excise purposes.

Braverman’s new legal advice, first reported in The Times, argues that the UK government has the legal right to act to defend the Good Friday Agreement, which the advice says has “primordial significance”, in effect trumping the protocol.

The advice has caused disquiet in some corners of Whitehall. Insiders said it was being described as “stooge opinion” to mollify pro-Brexit Conservative backbenchers and justify the Johnson administration’s determination to confront Brussels over the protocol.

The threat to neuter the protocol has echoes of the 2020 UK Internal Market Bill, when the government of Prime Minister Boris Johnson tabled legislation to unilaterally disapply the arrangement in what it admitted at the time was a “limited” breach of international law.

That admission caused an outcry, including among some Tory backbenchers and prominent peers. It also triggered the resignation of Sir Jonathan Jones QC, then head of the UK government’s legal department.

Jones told the Financial Times this week that the government’s renewed threat to tear up the protocol was “wrong and counterproductive”, and warned that any such move would damage the UK’s international standing.

“Why would any other country want to do deals with the UK, listen to anything we say about the rule of law internationally, or trust us to keep to our commitments in future?” he asked.

Downing Street said that the government continued to take advice from a broad range of legal sources, but declined to comment specifically on the opinion Braverman had given over the Northern Ireland protocol.

“It is longstanding government policy, accepted by governments of all parties, not to comment on whether the attorney-general has given legal advice or the contents of any advice,” a spokesperson said.