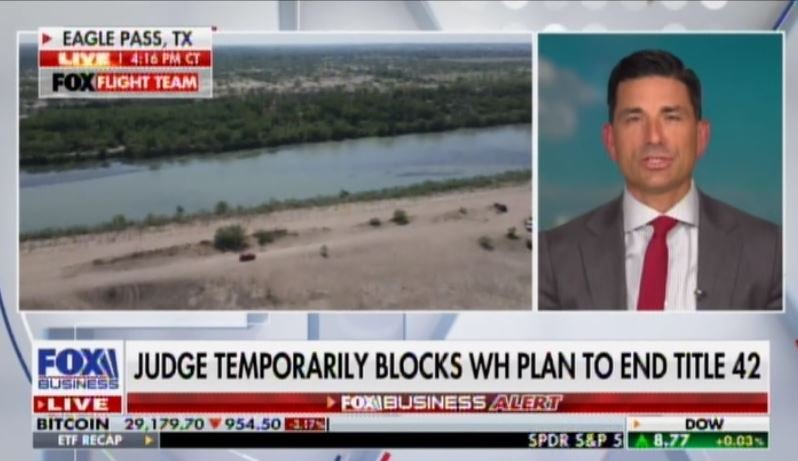 Federal Judge Robert Summerhays temporarily blocked Joe Biden from ending Title 42 and opening the US border to a record flood of millions of new illegal aliens.

Summerhays was appointed by President Donald Trump in September 2018.

Title 42 was set to expire on Monday. Both Republicans and a few Democrats were concerned about opening the borders even further.

A record 234,000 migrant encounters were recorded in April — a new all-time record.

A federal judge on Friday temporarily blocked the Biden administration from ending the Title 42 public health order on May 23 — stopping the administration from a move that had seen significant Republican and Democratic opposition amid fears it would exacerbate the border crisis.

Judge Robert Summerhays, in the Western District of Louisiana, granted a preliminary injunction on the Biden administration’s plan to end the order on May 23. It was in response to a lawsuit by two dozen Republican states, led by Arizona, Louisiana and Missouri.

The Centers for Disease Control (CDC) had announced in April that the order, which has been used since March 2020 to expel a majority of migrants at the southern border due to the COVID-19 pandemic, would expire at the end of May.

“After considering current public health conditions and an increased availability of tools to fight COVID-19 (such as highly effective vaccines and therapeutics), the CDC Director has determined that an Order suspending the right to introduce migrants into the United States is no longer necessary,” the agency said.

The move sparked outrage from both Democrats and Republicans, who warned that the move would lead to a surge in illegal immigration at the border and more people being released into the U.S.

Strange Things Happened in the Colorado Primary Election This Week