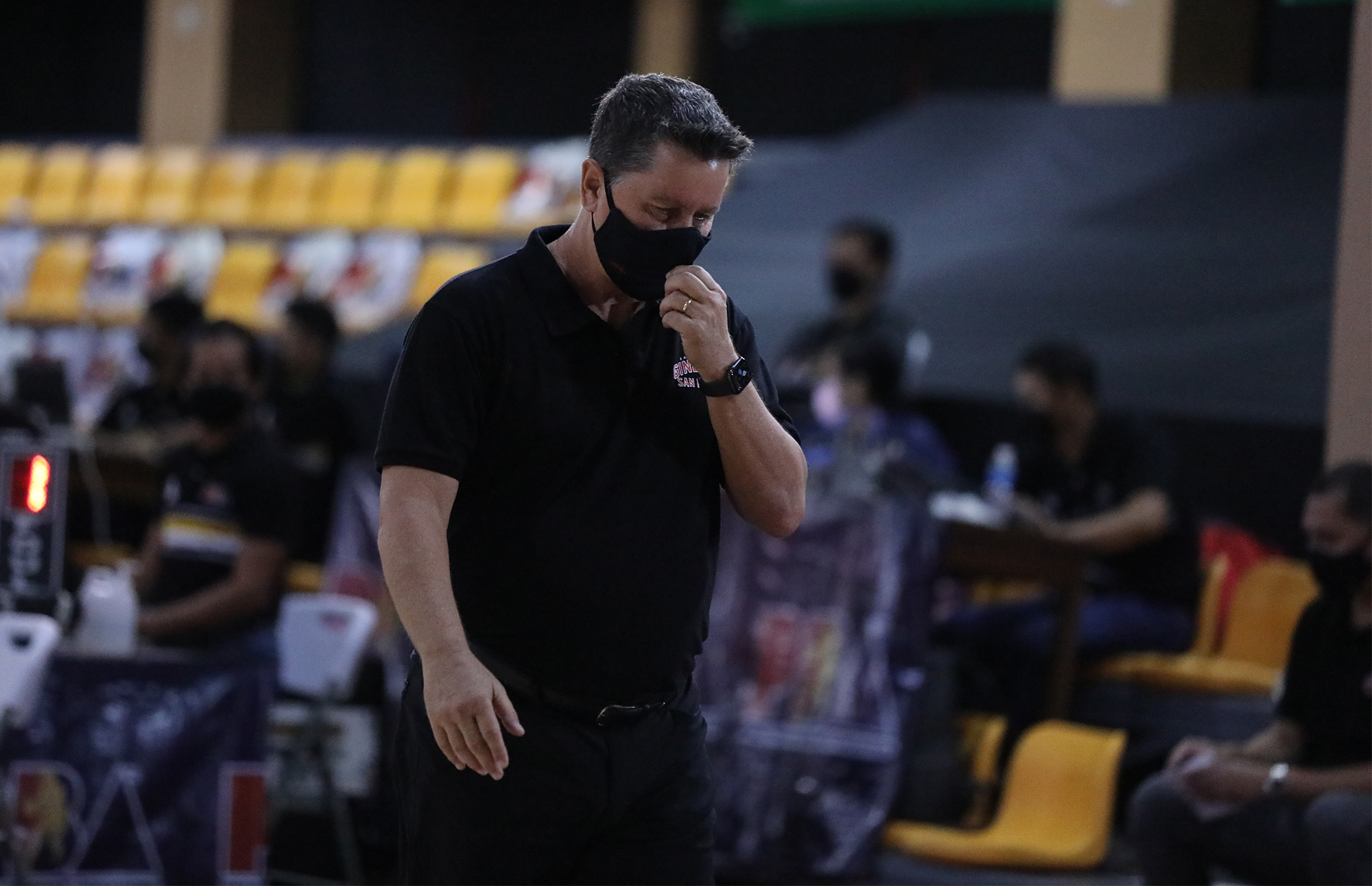 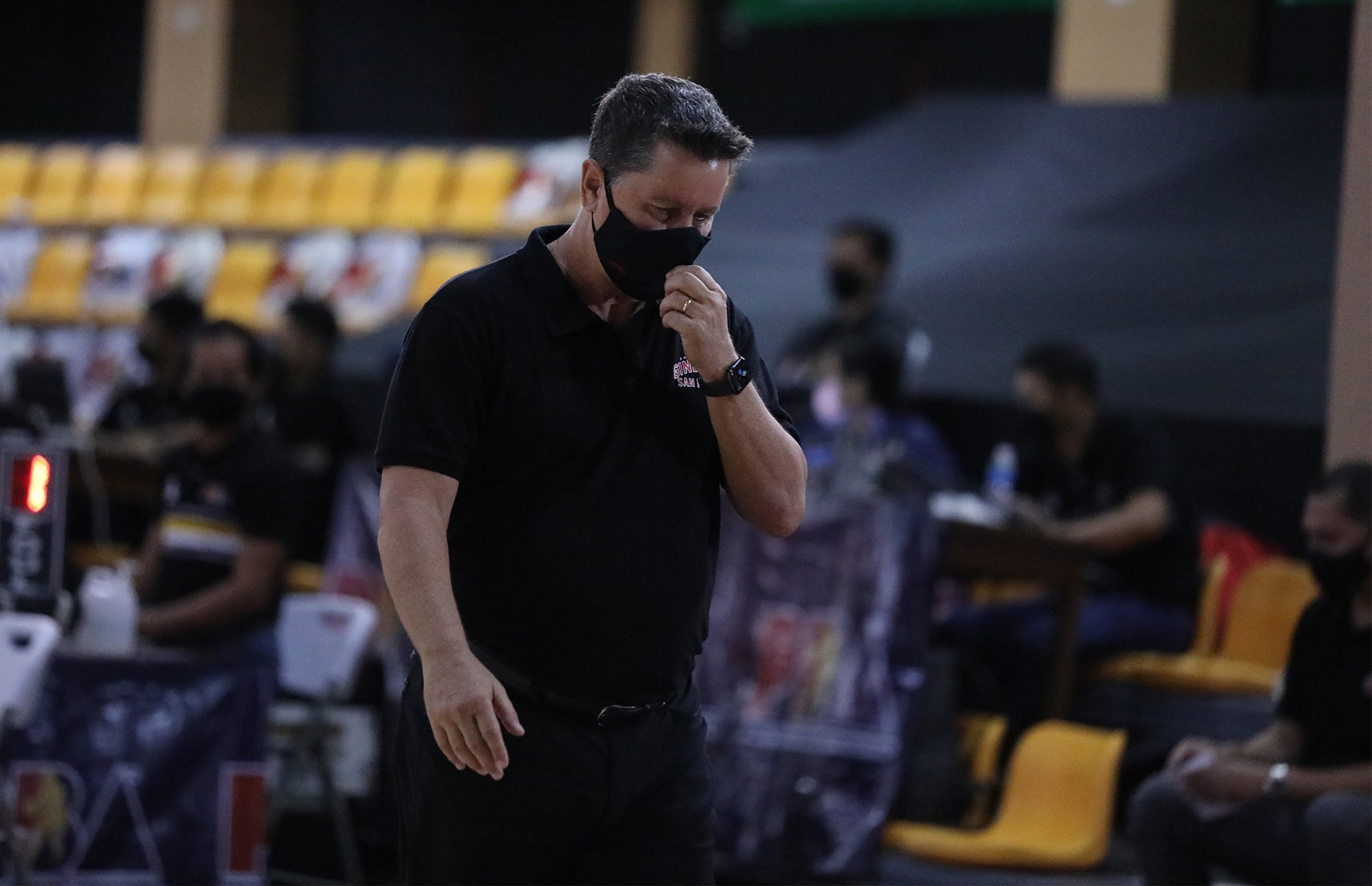 Tim Cone has yet to sit down and thresh out the details of his role in the Gilas Pilipinas coaching staff with Chot Reyes. But the decorated Barangay Ginebra coach knows one thing right off the bat.

“I’m gonna have his back through thick and thin,” he said late Wednesday, on the heels of the Gin Kings’ 83-75 victory over NLEX in the PBA Philippine Cup at Mall of Asia Arena.

“I haven’t spoken to Chot about what my role is gonna be, but I do know one thing: I’m gonna have his back. And he knows it,” Cone added. “We’ve worked multiple times together in the past, know how well we get along, and while we are of two different minds in the way we coach the game, we’ll have a couple of different points of view … I’m gonna have his back. I think that’s what a head coach needs from his assistant more than anything else.”

Cone was named to the Gilas Pilipinas coaching staff by Reyes, the cage program’s director, on Tuesday night after gaining clearance from the San Miguel Corp., the mother organization of Ginebra and two other clubs in the PBA.

Reyes revealed that Cone was already part of his plans as soon as he accepted his reappointment to the Gilas bench back in February.

The move, according to Reyes, was faithful to the model used during the Philippines’ bid in the 2014 Fiba (International Basketball Federation) World Cup in Seville, Spain. There, Gilas not only sent the finest cagers in the land but also backstopped that squad with the sharpest basketball minds in the country: Norman Black, Jong Uichico and Josh Reyes, along with consultants Tab Baldwin, an Olympian, and Natxo Lezcano, a Spanish League champion.

“It’s only fitting for him to be there. I mean, he’s the winningest coach in PBA history. He has to be in the team that goes to battle in a World Cup,” Reyes said of Cone in a chat with the Inquirer.

“I’m extremely happy and obviously, completely honored to be a part of it,” Cone said. “I don’t think there’s anything more thrilling than having the greatest coaches and players come to our shores and play basketball. And [for me to] be a part of it, that is an amazing thing.”

“Steve Kerr? You know, Erik Spoelstra? The Dream Team? The Spanish team, Spanish coaches? Serbian coaches? They’re all going to be here. It’s truly a thrilling thing to be a part of it, it’s incredible,” he added.

The World Cup will be played here in the Philippines and in multiple sites across Japan and Indonesia in August of next year.

The timing couldn’t be better in the bigger scheme of things in Philippine basketball as Cone is also due for an NBA Summer League stint with the Miami Heat.

There, Cone thinks he will have a chance to soak up enough learning and experience that he could bring into his PBA club and the Gilas program.

“Whatever that entails—I can’t tell you yet—but hopefully, we can get together, and maybe I can steal some things from Miami and give it to Chot, and maybe we’ll surprise a few people,” he said of the Heat gig, which begins at the end of this month.

“We know we’re not gonna win the world championships, you know, that’s unreal expectations, but we want to put our best foot forward in front of our home fans and that’s what is most important,” he added.

“I’m really looking forward to helping in any way I can.”