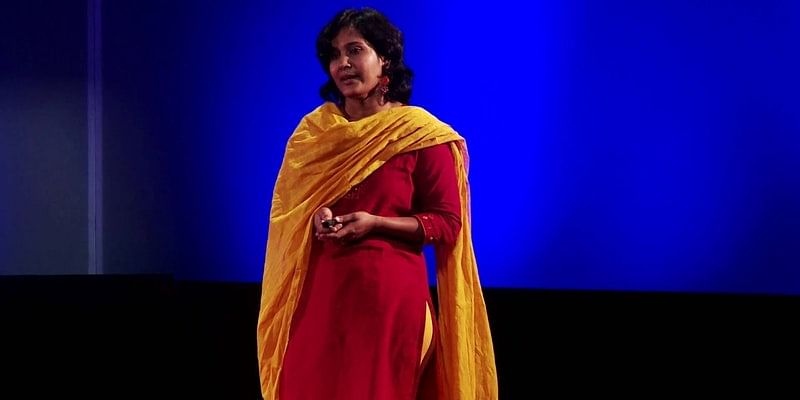 India is among the few countries on the verge of running out of water. With the existing lakes and rivers either being polluted or encroached, Indian cities have next to no source of water.

And as we speak, many initiatives are being undertaken by the government, NGOs, and people to tackle the issue.

Thirty-eight-year-old Mittal Patel, Founder and trustee, Vimukta Samuday Samarthan Manch (VSSM), who is working to empower the nomadic and denotified communities, is also one among them.

Till now, the Mittal-led organisation has successfully deepened 87 village lakes in 45 villages of Banaskantha in Gujarat.

In an interview with News 18, she said,

“Though I was working with the communities living in villages of Banaskantha, I could see how the region was neglecting its traditional water conservation practices and how it was depleting the groundwater table. In many villages, farmers deepened the borewell to 1,100 feet to fetch water. I then started meeting locals for water conservation. Initially, nobody was interested as they were still getting groundwater, but we continued our efforts to sensitise them and began our lake deepening work from Asodar village in Tharad taluka.”

Mittal’s quest to save the lakes started in 2015 when she decided to take matters into her hands to solve the problem.

While working on one of the conservation projects, the villagers helped in integrating the deprived communities along with the mainstream groups.

As part of her project, Mittal’s organisation provides the earth-moving machine with fuel whereas the villagers took care of other expenses, which included taking away soil in their tractors.

During one such lake revival projects, Mittal, along with the villagers, worked to remove the weeds and wild trees like Gando Baval trees (Acacia Nilotica), and at the same time, the organisation also made sure that no tree was damaged.

Further, the silt from the lake’s bed was removed using earthmovers and was given to the farmers for using it on their respective fields. According to Plus Approach, the lake was further deepened to a certain extent for more storage capacity.

As animals often fell into the lake while drinking water, the soil on the boundary was put to a certain height to prevent animals from falling.

Now, many villagers are providing support to Mittal’s organisation. One of the residents from Adhgam village in Kankrej taluka of Banaskantha district, Gujarat, said,

“After our lake was revived with the help of Patel, over 100 farmers have got irrigation water from the lake, and now we can survive even if there is deficiency of rain.”

Now, besides lake rejuvenation and community empowerment, Mittal is trying to motivate youth to contribute towards the development of their village.

Do you have an interesting story to share? Please write to us at tci@yourstory.com.To stay updated with more positive news, please connect with us on Facebook and Twitter.