The West can still be saved with smart, pragmatic water management 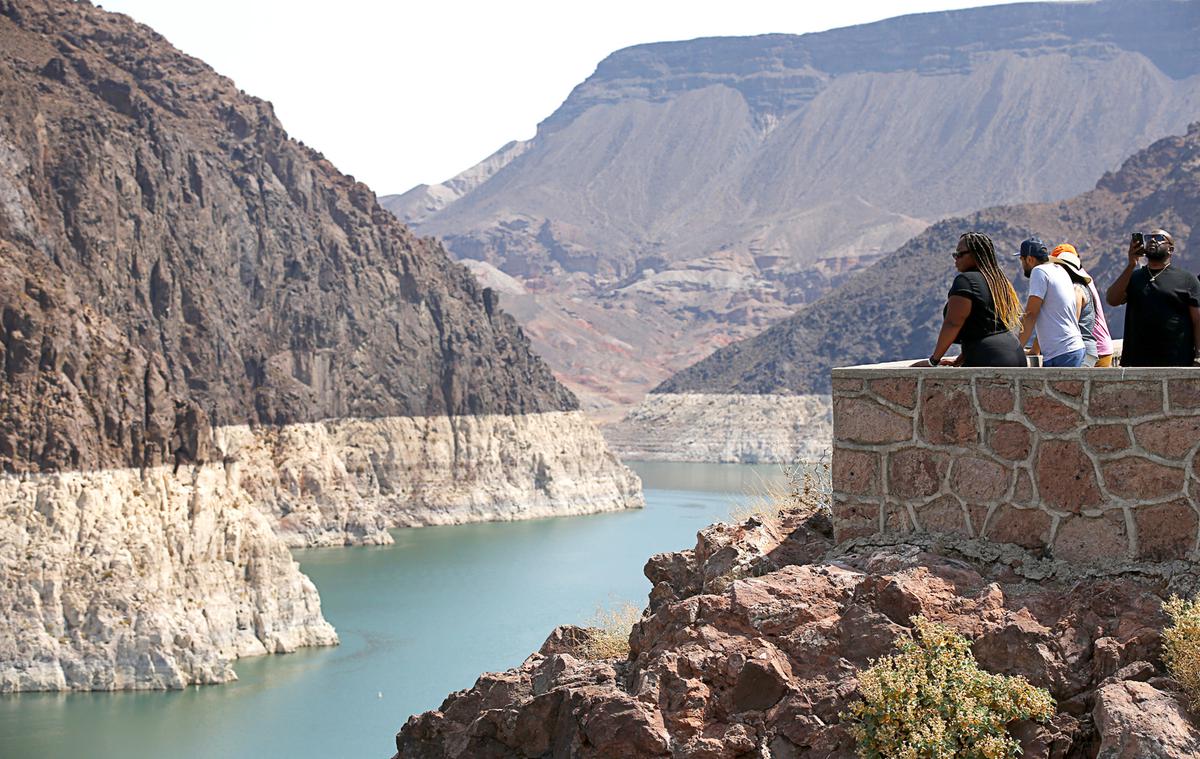 On the Colorado River, we have to plan for the worst and hope for the best.

Today we are in the driest period since 800 AD, without an end in sight. Levels at Lake Mead and Lake Powell — respectively the largest reservoirs in the nation — are crashing. Federal data suggest that trend will continue in the coming years. Independent scientists reasonably foresee that by the end of the century, the river will potentially flow 30-40% less on average than it did in 2000.

Our reservoirs are like savings accounts at a bank. In the past two decades, we’ve been spending more than Mother Nature’s been putting into our most important accounts. Lakes Powell and Mead were full 23 years ago. But today, we’ve reached the point where we’ve blown our savings and are careening toward bankruptcy.

As Colorado River-dependent states begin working on a new management agreement to begin Jan. 1, 2026, the public must vociferously debate the options on the table. Here are a few considerations for the debate:

• Use the best science: Right now, Colorado, New Mexico, Utah and Wyoming (Upper Basin) rely on 15-year-old science, known as a hydrologic determination, to argue that they have surplus water in the river. That outdated analysis overestimates the Upper Basin’s share of the river by some 2 million acre-feet (based on the 21st-century average flow). We must stop relying on old data as we draft new agreements and prepare for a precarious future. The existing compacts, laws, regulations and legal precedents also rely on old data. For years, many water managers ignored the reality. But now there’s a growing consensus that both basins must prepare for a river with average flows that are vastly lower than the 20th-century average (15.2 million acre-feet). The question remains: Will it be too late before the federal government comes up with numbers that satisfy the states and respects the high likelihood of much smaller river flows?

• Upper and Lower Basin cuts: Applying the best science means all states and Mexico have to expect change. This isn’t easy because the Upper and Lower Basin are not managed as one and the same. The Lower Basin states, along with Mexico, have already agreed to a series of cuts that take effect when Lake Mead hits certain elevations. They should probably expect more. The Upper Basin, to its dismay, must brace for its own schedule of cuts. Those cuts may not look identical. But they must achieve the same ends — keeping more water in the system.

• No more dangerous projects: The majority of the Upper Basin states are proposing to take more water out of the river and its tributaries — billions of gallons that haven’t existed in recent years. The Lake Powell Pipeline, Green River Block Exchange and Fontenelle Dam expansion are just a few examples. Notwithstanding water for tribal projects, there must be a moratorium on those Upper Basin efforts.

• Invest in ag efficiency:Colorado River water grows around two-thirds of the nation’s winter produce. Some interests erroneously consider ag water a supply that should be divvied up for fast-growing cities in the desert. But remember, agriculture producers have some of the strongest rights to river water. The so-called buy-and-dry method has proven to be an ineffective and destructive way to free up water that ultimately gets used by cities. Irrigation districts, states and the federal government must invest in data, technology and practices that allow the nation to continue growing food with less Colorado River water.

• Urban conservation, reuse and sprawl: Cities must live within their means — expanding only with identified and sustainable supplies and limiting aesthetic landscaping in the urban desert. The Upper Basin has been slow to adapt, but Denver recently began the process of creating a program to limit the use of nonfunctional turf. Water providers in Southern California are doing the same — basing their plans off of the Southern Nevada Water Authority’s world-class playbook. In addition to conservation, all Colorado River Basin communities must invest in reuse/recycling projects — as is being done in a deal between Arizona, California and Nevada.

• Fill Lake Mead first: As Lake Powell keeps dropping, there’s a logic that we only need to fill Lake Mead. However, there is uncertainty about how much water that actually saves and a dearth of data to justify the possibility. But the diminishing levels at Lake Powell are scary. Some want to see Glen Canyon Dam come down. Others want it to remain. The gambit is this: How low will the lake levels go at Powell? If the system completely crashes in the coming years, the water may not be able to exit past the dam and make its way through the Grand Canyon to Lake Mead. The federal government cannot ignore this. It’s the option the river may give us.

• Keep hope: This summer is shaping up to be another dry one. But we still have time — just not that much of it. As an eternal optimist, I believe that Lakes Mead and Powell are still one-third full rather than two-thirds empty.

Kyle Roerink, a former Las Vegas Sun staff reporter, is the executive director of the Great Basin Water Network, a nonprofit that defends water supplies from undue political and corporate influence in the nation’s two driest states, Nevada and Utah.