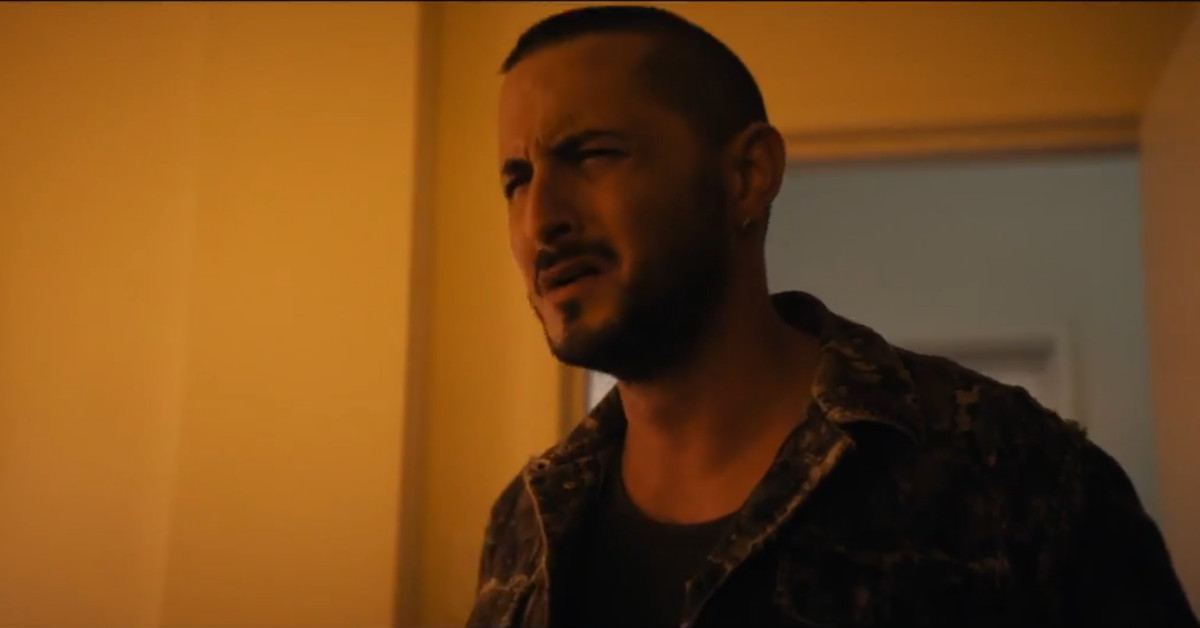 Gore in superhero movies and television is nigh inescapable these days. Prime Video’s The Boys has undoubtedly been a trendsetter since its 2019 premiere, followed by other recent examples like James Gunn’s The Suicide Squad and Peacemaker, the animated series Invincible, and Sam Raimi’s Doctor Strange in the Multiverse of Madness, each offering their own version of blood and guts in a superhero story.

The third season of The Boys, which premiered with its first three episodes on Prime Video Friday, takes this to new heights with an extended and extremely X-rated gag featuring an Ant-Man-type character named Termite.

In the first episode of the new season, Frenchie (Tomer Kapon) and Kimiko (Karen Fukuhara) are hunting down a superhero named Termite. He is able to shrink down to a miniscule size, much like Marvel’s Ant-Man.

When we meet Termite, he is the life of the party — the guests are all watching him simulate sex with a doll in a dollhouse. Soon after, he retreats to a private room with a romantic partner. The pair snort lines of cocaine together, and then, on request, Termite shrinks down and jumps into his romantic partner’s penis, like a spelunker walking into a gigantic phallic cave. When inside, he touches the walls of this “cave” playfully, to stimulate his partner.

Unfortunately, Termite (who, it must be repeated, has been doing a ton of cocaine) sneezes while inside the penis, accidentally reverting to human size and exploding his partner’s bottom half in the process. In a show with plenty of “They did what?!?!” gags, it is a standout in the department of sex and guts.

How much of an inspiration for the gag was the MCU’s Ant-Man? A lot, including the well-established “butthole theory” about Ant-Man fighting Thanos. After talking through which superheroes they had not yet parodied, the show’s writers room settled on Ant-Man.

“At the time there was that meme of like, why doesn’t Ant-Man just go up Thanos’ butt and blow him up, right?” showrunner Eric Kripke told Polygon. “And so we said, Well, let’s give the audience that, because we can give them the thing that they want. But Marvel can’t, just simply can’t, give them. And then hilariously, one of the writers […] raises their hand and says, Did we do a butt explosion in season 1? And it’s true, we did. And so, you know, once you take the butt off the table, there’s really only so many orifices, you know, a guy can go in.”

“Once you take the butt off the table, there’s really only so many orifices, you know, a guy can go in.” — The Boys showrunner Eric Kripke

The scene includes an image of Termite jumping into the giant (from his point of view, at least) penis, and also a sequence where he is inside it. And yes, the giant penis is a practical effect. The Boys team really did build that.

“My favorite little factoid about that scene is, even though visual effects sweetened it, that is a practical penis,” Kripke said. “11 feet high and 20 feet long, built at great expense. So when he’s jumping up into that hole, that’s a real thing that’s happening. And it’s exhibit 7,030 of why I love this job.”

Kripke acknowledges the gore trend as something he’s seen in the superhero genre as well, but isn’t willing to attribute the shift solely to The Boys.

“There’s certainly a trend to deconstruct the superhero genre,” Kripke said. “But I think ultimately, that’s inevitable when you have such a major cultural force. Like remember the comic book trend of how long you had very straight-ahead superhero stuff? And then you had like this British Invasion of Alan Moore and Neil Gaiman and Garth Ennis, who made The Boys, and then they deconstruct and tear it apart, but rebuild it and pay homage to it and just start playing with the form? I think you’re seeing the same thing happen in television. So I don’t know if anyone’s being inspired by anyone else. Just kind of the smell in the air.”

The first three episodes of season 3 of The Boys are now available on Prime Video.