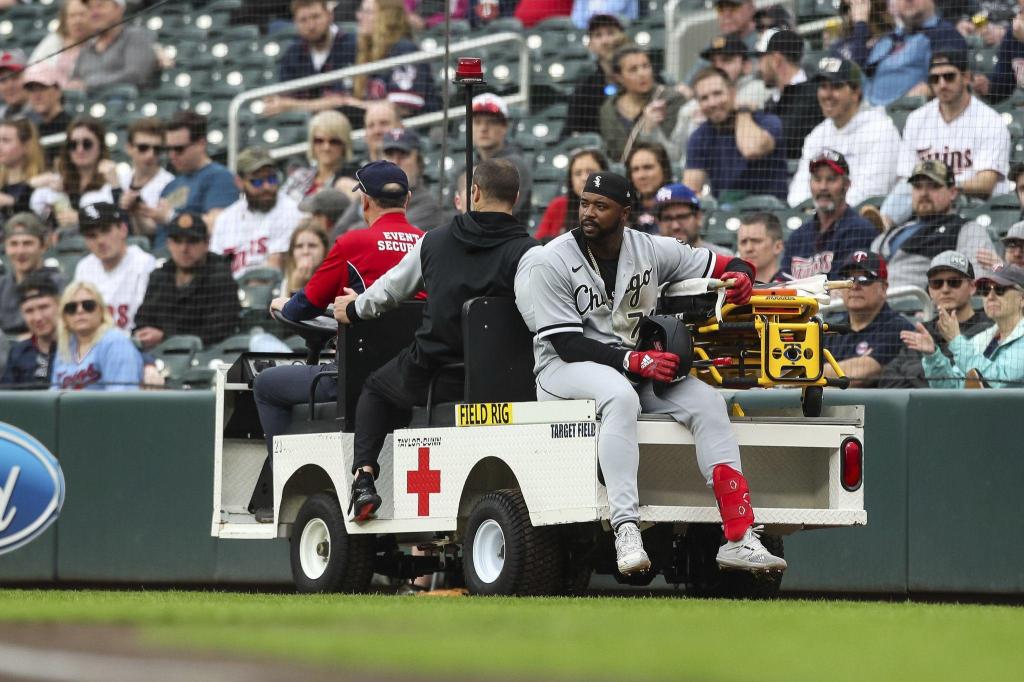 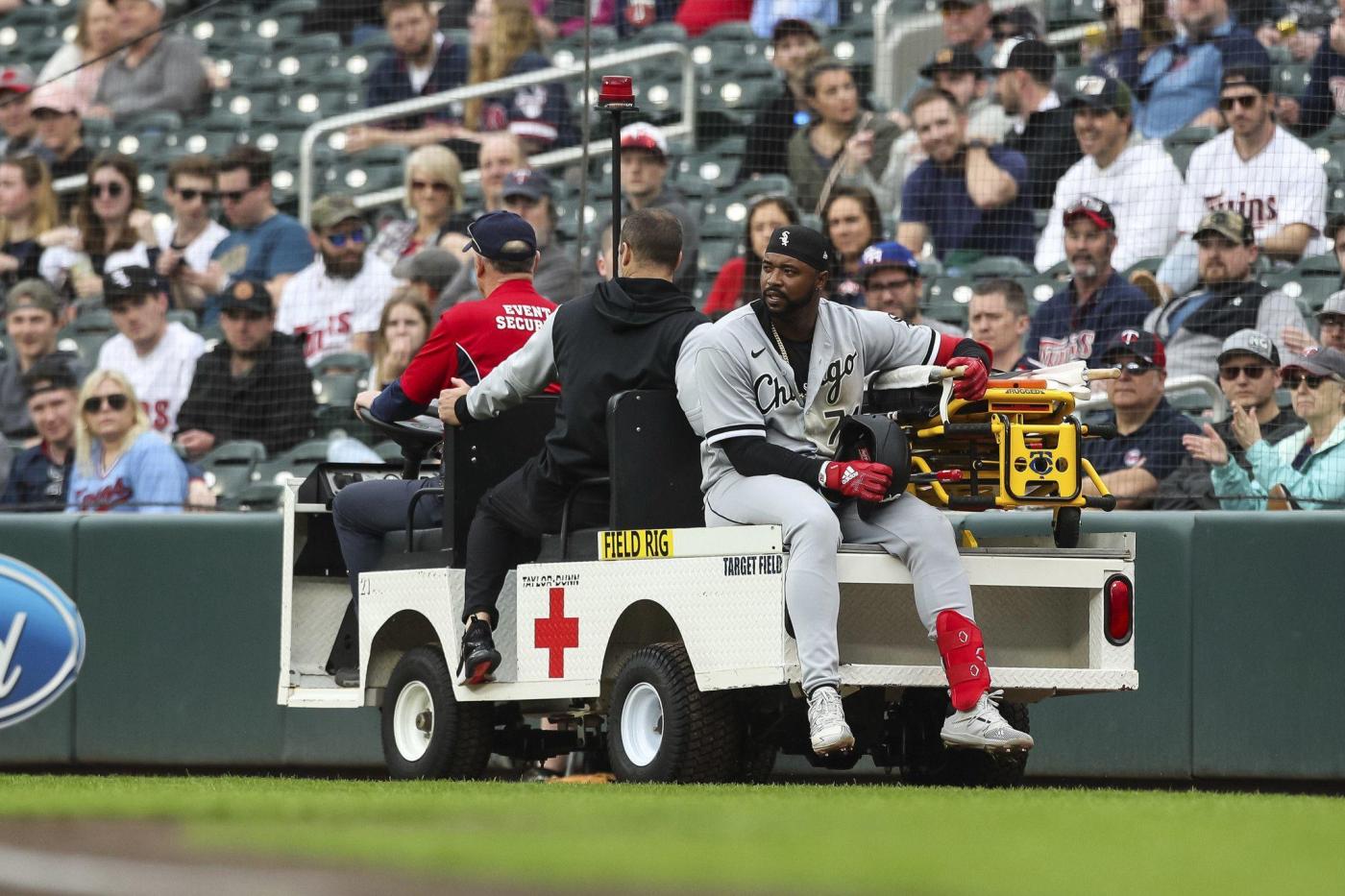 For the second year in a row, an injury will sideline Eloy Jiménez for an extended period of time.

The Chicago White Sox left fielder will be out an estimated six to eight weeks after suffering a right hamstring strain, the team announced Sunday. The Sox placed Jiménez on the 10-day injured list.

“I think the big thing is (Monday) when he goes to Chicago and really gets an extensive exam,” manager Tony La Russa said. “Pulling for the early indications.”

The injury occurred in Saturday’s 9-2 loss to the Minnesota Twins at Target Field.

Jiménez hit a grounder to third in the second inning, stumbled after crossing first base and fell. He got to his feet but was taken off the field on a cart.

“That guy’s busting his butt and he gets hurt running hard down to first base,” hitting coach Frank Menechino said. “The guys are playing hard. That’s what we teach them to do and it’s just unfortunate that that’s the way it happens.”

“It kind of hits you a little bit, knowing that one of your teammates who has an impact of putting some runs on the board (is hurt),” Sox pitcher Vince Velasquez said after his Saturday start. “He just came back from a little injury and now this is something that’s more extravagant.

“It’s production but it’s also his spirt, he’s so well-liked and respected,” La Russa said after Saturday’s game. “He has a good personality. I had heard about it (before becoming Sox manager in 2021) and I saw for myself when he got back (from the injury last season), so I know what it is. The guys knew before I could understand it and we kept playing. It’s what we got to do.

“I said again and again, when you lose someone like this, (reliever Garrett) Crochet (who underwent Tommy John surgery in spring training), Eloy, the guys are hurting. They are the ones you feel for.”

Andrew Vaughn was among the players called on to fill in when Jiménez missed time last season. He’s an option again this time, along with Gavin Sheets.

“We have a lot of games, there’s a lot of playing time,” La Russa said.

In addition to placing Jiménez on the IL, the Sox reinstated starter Lucas Giolito from the 10-day injured list and sent reliever Ryan Burr on an injury rehabilitation assignment to Triple-A Charlotte.

Giolito, who suffered an abdominal strain during opening day outing, started Sunday’s series finale against the Twins. Burr has been on the injured list retroactive since April 4 with a right shoulder strain.