The ECB embraces its responsibility to keep the euro together 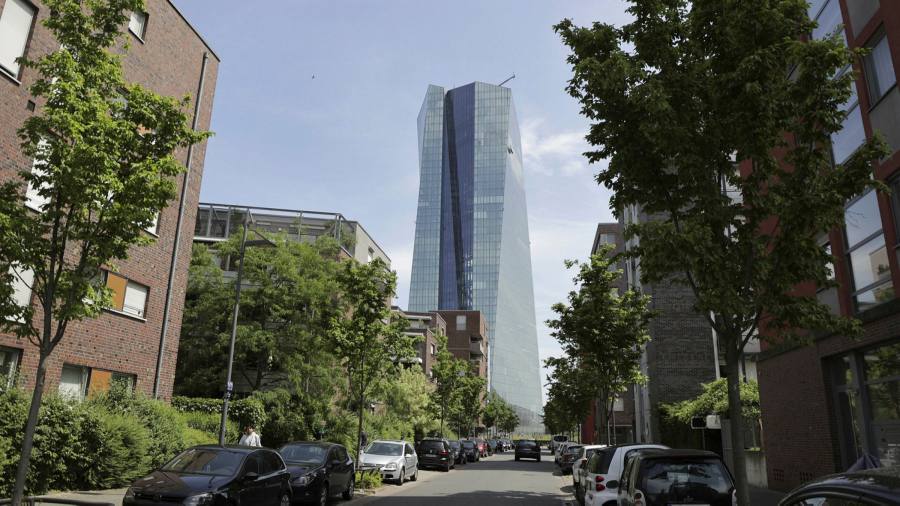 As the European Central Bank drops ever-heavier hints of new policy tools to limit the disparity in borrowing costs between more and less creditworthy members of the eurozone, it demonstrates the unique difficulties of a multi-country currency union at a time when monetary policy is already challenging central banks everywhere.

A series of global negative supply shocks — the uneven unwinding of pandemic lockdowns, last year’s rise in energy prices, and then Vladimir Putin’s assault on Ukraine — have put interest rate-setters in the place they would least like to be: facing high and rising inflation at the same time as rapidly slowing growth. Central banks globally are now having to choose between bad options — judging how much inflation they can tolerate and how much they must slow income and jobs growth activity for people already smarting from the rising cost of living. For the ECB, which faces largely imported inflation rather than the results of excess demand at home, this dilemma is particularly acute.

The euro’s guardians in Frankfurt have the additional challenge of managing the risk that their balancing act of gradually tightening monetary conditions could cause financial fragmentation along the national seams of the single currency. In recent months, Rome’s borrowing costs have risen to two percentage points above Berlin’s, as creditors reappraised credit risks in a eurozone about to exit an era of ultra-loose monetary policy. That was the highest since the start of the pandemic, when financial markets were rattled by the uncertainty and by ECB president Christine Lagarde’s incautious remark that “we are not here to close spreads”, which she quickly rolled back.

This time around, the messaging is altogether more careful. At its monetary policy meeting this Thursday, the ECB looks set to signal that it stands ready to adopt new tools if necessary to ensure that its desired monetary policy stance is effectively transmitted to all the euro’s member economies — a code for containing (if not outright “closing”) sovereign bond spreads. The bank has also pointed out that it has flexibility in reinvesting its pandemic bond holdings. This can be used to counteract any excessive widening of spreads.

The form of the message may be discreet, but its substance is forceful. Such a statement on Thursday, if backed by a large majority of the ECB’s governing council, would signal that the institutional heir to the Bundesbank has fully embraced the leap it took under Mario Draghi, Lagarde’s predecessor, when he vowed to do “whatever it takes, within our mandate” to keep the euro together.

Accepting that preventing financial fragmentation is not just within but required by its mandate would complete the ECB’s transformation since the global financial crisis. It will have gone from sui generis construction to a modern central bank of one of the world’s leading economies, shedding earlier self-imposed ideological limitations on what it could or should do.

It will, of course, be tested. Some market participants will want to probe Frankfurt’s pain threshold, how much fragmentation it will tolerate and what it will do when the threshold is crossed. Its ideological enemies will challenge any new policies in court.

But the ECB’s evolution should be welcomed. Like the EU’s common pandemic recovery fund, it is a sign economic policymakers will not repeat the mistakes that nearly tore the euro apart a decade ago. It will produce better economic outcomes for citizens of the eurozone. And, by making a tightening policy stance less dangerous, it will make it easier to satisfy even monetary hawks.