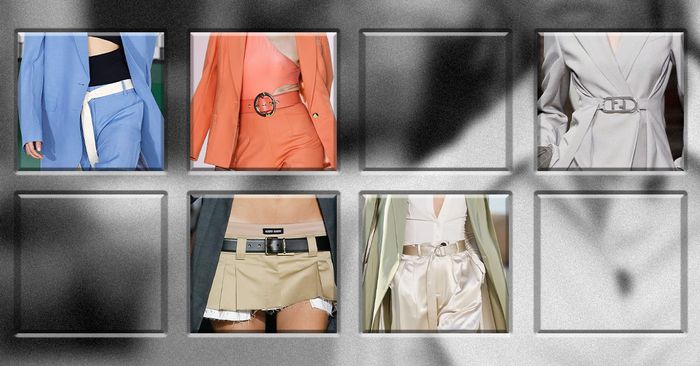 
If you’re reading this, you’re probably already aware that there’s always something new in fashion, whether it’s the return of nostalgic trends (hello, belts and bomber jackets) or a new cult brand to follow. Fashion is ever evolving, which makes it exhilarating and exhausting at the same time. Keeping up takes time and energy, so we fashion editors aim to help give you back some of that precious time and discern which items are in it for the long haul. What makes something timeless but still current can be a fickle line to distinguish—a trend often has to have cultural relevance and popularity in collections and among the style set. But some still stand out among the crowd, including designer belts.

Hear me out. Belts have been a forever thing. They’ve been cemented in our closets and pop culture. (After all, a whole scene in The Devil Wears Prada is about belts.) So you can’t fully say belts are a trend, but they are back and bigger than ever. The proof that designer belts are in the mix again lies in the spring/summer 2022 and fall/winter 2022 collections. From Chanel’s and Blumarine’s chain belts to the more classic iterations at Fendi and Bottega Veneta, it’s clear that BBE (big belt energy) is the way to go this year. Not only do designer belts come in all different varieties, but you can also wear them with just about anything. They elevate any look, and they’re often the most affordable way to get your hands on a luxury brand.

Basically, belts are it. So in that vein, I’ve rounded up the 10 best designer belts to shop right now along with a few other affordable options at the end of the story. From the most popular luxury pieces to newer iterations worth investing in, these belts will be a part of your wardrobe for years to come.

18 Trending Chic Outfits Ideas I Want to Copy Right Away