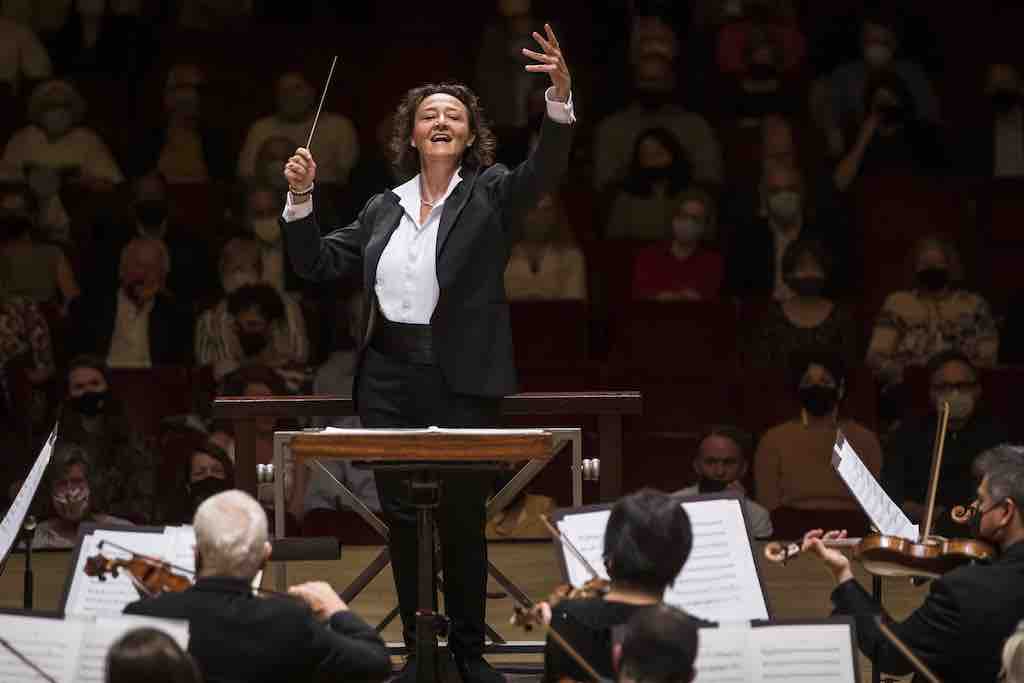 What a difference a decade makes.

Ten years ago, the Atlanta Symphony Orchestra said it was in serious financial peril (a $19.8 million accumulated deficit), that it needed to reduce the number of performances each season, reduce the number of musicians in the orchestra and significantly reduce the salaries of the players. That led to labor negotiations between the ASO and its musicians that ended in extended and bitter lockouts in 2012 and again in 2014, and ultimately the resignation of Stanley Romanstein, the ASO’s president and CEO.

In 2022, things could not be more strikingly different.

The ASO has announced a new three-year collective bargaining agreement with its musicians, and its eighth consecutive year with a balanced budget. The orchestra exceeded its Annual Fund revenue goals, and the symphonic world is abuzz over the appointment of Nathalie Stutzmann as the ASO music director, the only woman to lead a major American orchestra.

The new agreement includes raises for the musicians for the next three years, and increases the portion of the musicians’ salaries that is earmarked for the orchestra’s “Behind The Curtain” virtual concert series and livestreams. It adds progressive parental leave policies and changes in working conditions to facilitate the ASO’s popular “Movies in Concert” series.

Most of all, it shows a harmony between the musicians and the ASO leadership that couldn’t have been imagined in 2012.

“The musicians of the Atlanta Symphony Orchestra worked together with us closely as partners to navigate through the initial phase of the Covid-19 pandemic,” Jennifer Barlament, the ASO’s executive director, said in a press release. “This helped solidify an already strong working dynamic and made the negotiation of this agreement a process of agreeing on shared values and priorities, allowing us to come to an agreement in plenty of time prior to the expiration of the current agreement.”

Cellist Daniel Laufer, the chair of the Atlanta Symphony Players’ Association, was part of the negotiating team in 2012 and 2014. He called the new agreement “a remarkable turnaround” from 10 years ago and also a statement to the classical music world.

“It was vital for the ASO to signal with this contract that we were on a new path toward becoming more competitive with our peer orchestras,” Laufer said in the press release. “This agreement demonstrates a very important step to help both attract and retain talent on stage as we embark on a new chapter under the artistic leadership of Nathalie Stutzmann.”

Stutzmann makes her debut in October, leading a performance of Beethoven’s Ninth Symphony.

The ASO is also bidding farewell to its board chair, Janine Brown of Alston and Bird, after a three-year tenure. “Janine’s steadfast leadership and optimism not only led us through an unprecedented time but allowed us to emerge stronger, better, more inclusive and more innovative than ever before,” Barlament said.

Atlanta business leader Patrick Viguerie will replace Brown as the chair of the ASO board.

Scott Freeman is executive editor of ArtsATL. He is the author of four books, including the best-selling Midnight Riders: The Story of the Allman Brothers Band (which is in development for a feature film) and Otis! The Otis Redding Story. He has worked as an editor at Atlanta magazine and Creative Loafing. He was a reporter for the Macon Telegraph and News, as well as The Providence Journal.