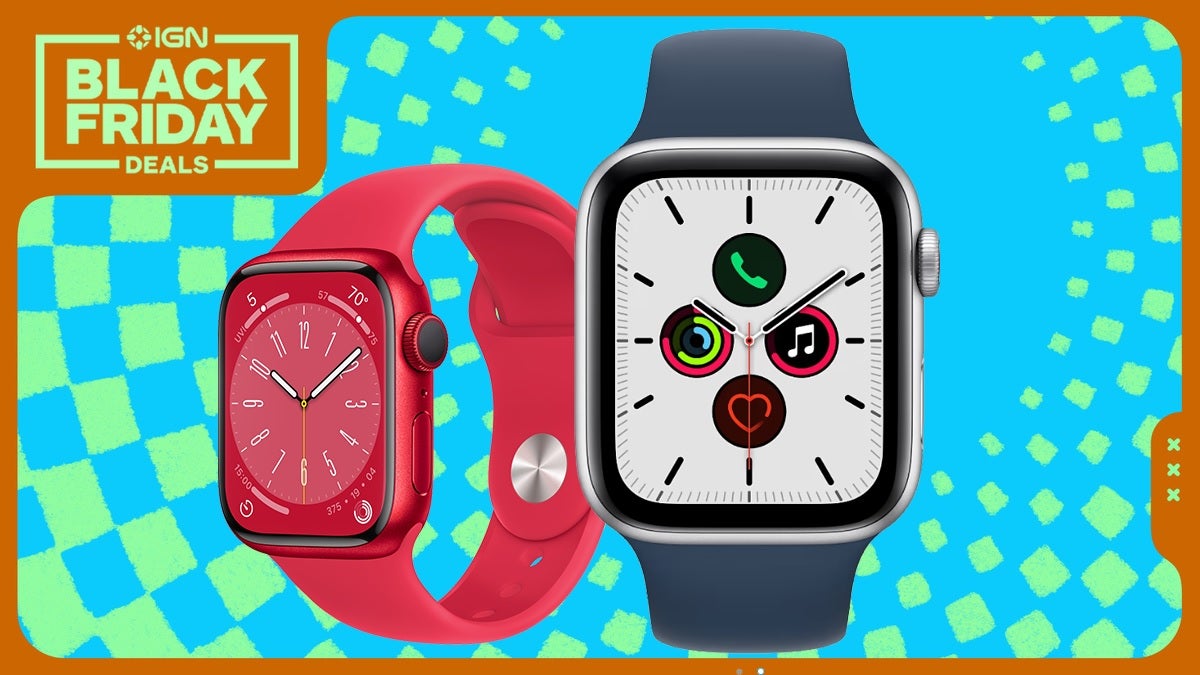 Walmart’s Black Friday deals on Apple Watches are still available through the Black Friday weekend. You can still pick up a 1st gen Apple Watch SE for only $149.00 with free shipping. That’s a very low price for a watch that’s jam packed with useful features and superb build quality. If you want something more current, the Apple Watch Series 8 is also on sale for $349. This deal is on the verge of selling out through; only the Product (RED) color is available, and only in the smaller 41mm watch size. The Series 8 is currently the newest generation; only the pricey Apple Watch Ultra is fancier.

The Apple Watch SE sports a gorgeous Retina OLED display. It’s powered by the same S5 chipset that you’d find in the Apple Watch 5. Its sleek aluminum casing is IPX7 rated, which means it will survive submerged in 3.3 feet of water for up to 30 minutes, or a maximum depth of 50 meters. It also has the same accelerometer, gyroscope, and altimeter you’ll find on the more expensive Apple Watch models.

Apple Watch SE also has several health and fitness features. It can measure high and low heart rate and detect irregular heart rhythm thanks to its optical heart sensor. The GPS and motion sensors allow it to track your pace and distance when you’re exercising, sleep tracking, and so much more.

The fact that you can get all this in a small and elegant package for only $149 is something that can only happen on Black Friday. If you’re an iPhone user without an Apple Watch, then maybe this is the opportunity for you to finally see why it’s so great.

The Apple Series 8 is an incremental upgrade to the Series 7 and cosmetically they look pretty much identical. The Series 8 carries over the best features of the Series 7 like the Always-On Retina OLED display, the dual-core CPU (now called the “S8” processor, even though functionally it’s the same as the S7 processor on the Series 7), the rugged IP6X dust resistant and swimproof (to 50mm) casing, and the wealth of health features like ECG, blood oxygen, and heart rate meters. Two features new to the Series 8 are a built-in temperature sensor (primarily geared towards women’s health) as well as car crash and fall detection.