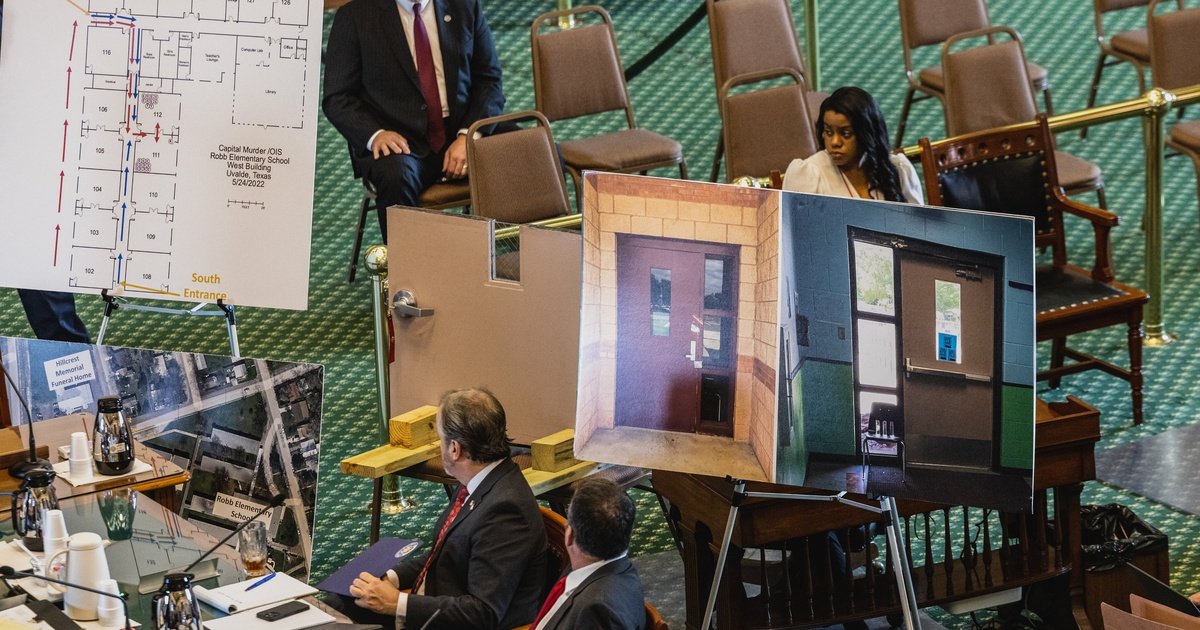 This fall, Texas public schools will be subjected to random inspections to detect weak access points in the wake of the Uvalde school shooting — but a state school safety leader says these reviews will not resemble potentially traumatizing intruder simulations.

Texas School Safety Center plans to start randomly checking school buildings this September, its leaders say, with a goal of inspecting 100% of school districts and 75% of campuses across the state by the end of the school year.

The new “random intruder detection audits” are part of a directive handed down by Gov. Greg Abbott to ensure school buildings are properly secured in the wake of the school shooting in Uvalde in May that left 21 people dead and 17 injured.

“Staff should approach campuses to find weak points and how quickly they can penetrate buildings without being stopped,” he wrote in a letter to the school safety center that raised immediate concerns from education advocates about how the audits would work in practice.

At a quarterly meeting last month, Kathy Martinez-Prather, the center’s executive director, told the school safety board, a group of public safety, governmental and educational representatives who are appointed by the governor, that the inspectors would not be conducting “simulation intruder assessments.”

“[It will be like] you and me going out there, just like a normal parent would, and ensuring that school districts keep external threats out,” she said.

Martinez-Prather also told the board that the center will alert local law enforcement and central administration when it is planning to audit a campus, but said the school campus will not be aware the audit is occurring.

After Abbott sent the letter mandating that the center conduct random checks, education advocates and lawmakers expressed concerns about unannounced people trying to find ways into a school building.

Clay Robison, a spokesperson for the Texas State Teachers Association, questioned whether a person conducting unannounced drills puts themselves at risk to be attacked by someone on campus who sees them as a real threat, especially campuses that allow school employees or others to carry guns on campus.

But Martinez-Prather said school districts have conducted these types of audits before using guidelines developed by the safety center and that “we’ve never had a situation in all our years.”

Yet some education advocates remained unconvinced.

“There are many ways to make sure security procedures are being followed that are less intrusive and disruptive,” said Portia Bosse, public affairs director for TSTA, on Thursday. “This is just continued distraction from the real failure of Uvalde and the real need for gun control in Texas.”

State Rep. Diego Bernal, D-San Antonio, initially expressed concern with the idea of directing “grown men to show up to schools unannounced and try as hard as they can to find a way in.”

“I don’t think anyone disagrees with doing what we can to make schools safer, but context matters,” he said Thursday.

Bernal said if the audits make anyone feel as if they are in an active-shooter situation, they will add to the fear and anxiety that already exist among students and teachers “and reinforce that Texas is willing to do anything — including frighten our children — before it touches even the mildest of gun control measures.”

“It’s a recipe for an accident if there is not some coordination between the local campus or ISD and whoever’s conducting the audit,” Holmes said.

Last Legislative session, lawmakers passed a law prohibiting school districts from conducting active-shooter drills that simulate a shooting incident and instructing them to take steps to ensure any drill is not overly traumatic for students. A school safety center spokesperson said the audits are “separate from that and are focused on testing access control measures.”

Martinez-Prather told The Texas Tribune the center plans to pull from its training as it develops its own assessments. She said the state has already authorized $7 million to help hire seven contracted staffers whom the center will train to conduct these audits across the state. The center also hopes to pilot the audit process before the start of the school year. In a letter to school districts, the safety center said schools will have an opportunity to fix any issues the audit discovers.

In addition to the random security audits, Abbott requested that the center conduct school safety reviews of all Texas public schools.

He instructed the center to alert each school district that it must meet this summer to review its emergency operations plans, including each district’s active-threat plan, to ensure all staff and substitutes are trained. Districts also must assess building access points, including single-access-point protocols, locked instruction room door policies, visitor check-in rules, the effectiveness of exterior door locks and more by Sept. 1. The center will present findings to the governor by October.

In 2019, state lawmakers passed a package of school security laws, including one that gave the school safety center the authority to audit school districts’ emergency operations plans.

Under that law, if a school district does not satisfactorily submit an emergency operation plan, it must notify the community in a public meeting. If it does not hold such a meeting, the Texas Education Agency can take over school leadership, according to Abbott’s letter. At the school safety center board meeting last month, Martinez-Prather said one school district in the state will need to hold a public meeting to alert the community that it does not have a satisfactory plan. She refused to share the name of the district.

The push to ensure exterior doors are properly locked comes in response to criticism that the shooter at Robb Elementary was able to enter through a back door with an automatic lock that authorities ultimately said failed.

“The State must work beyond writing words on paper and ensuring that the laws are being followed; it must also ensure that a culture of constant vigilance is engrained in every campus and in every school district employee across the state,” he said in his June 1 letter.

Disclosure: The Texas State Teachers Association has been a financial supporter of The Texas Tribune, a nonprofit, nonpartisan news organization that is funded in part by donations from members, foundations and corporate sponsors. Financial supporters play no role in the Tribune’s journalism. Find a complete list of them here.