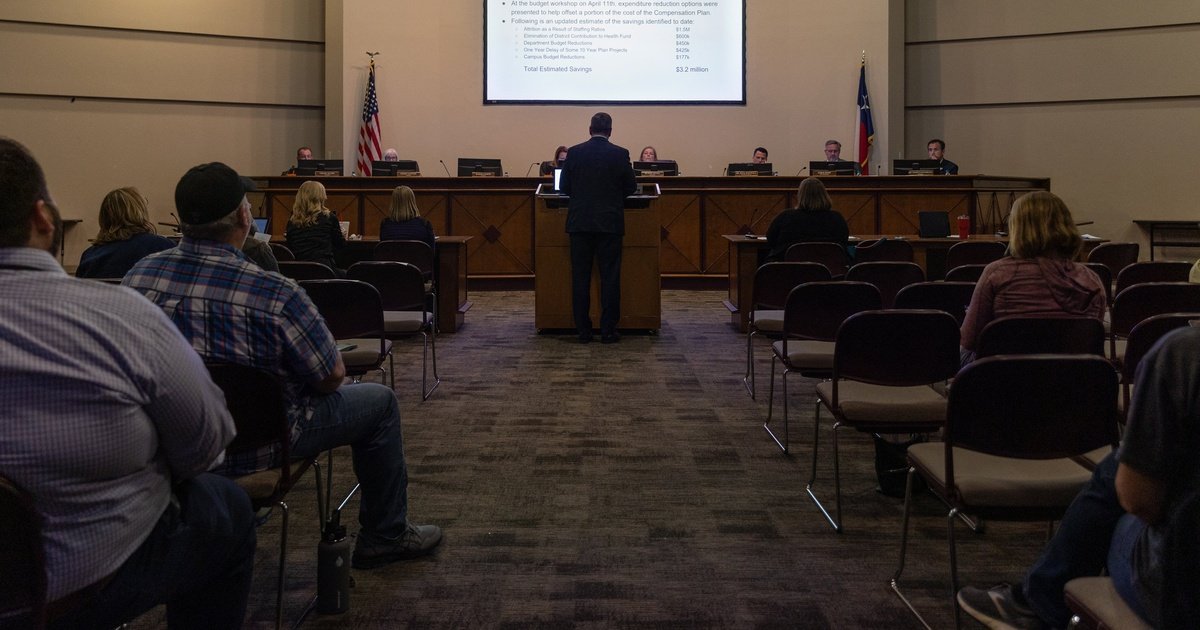 The move came late Monday night, three days after an independent investigation revealed the national body contacted the Biden administration weeks before it sent a letter last fall in which it requested federal assistance at school board meetings.

That investigation showed that the NSBA had planned to ask for the National Guard and the military to be sent to school board meetings. But that request never made it into the final letter that NSBA officials sent on Sept. 29 to the White House.

In the letter’s final version, the national group asked Biden officials to investigate threats against school board members by people who attend school board meetings as “domestic terrorism,” prompting immediate criticism from Republicans.

“We have been intently waiting for the release of this independent investigation for nearly two months,” TASB Executive Director Dan Troxell said in a statement. “With this report now available, it’s clear that NSBA’s internal processes and controls do not meet the good governance practices that TASB expects and requires in a member organization.”

At the time, the Sept. 29 letter from NSBA to the Biden administration received swift condemnation from Republican lawmakers and conservative parent groups across the country. NSBA launched the internal investigation in February after it lost members and brought in new leadership.

In March, Texas Attorney General Ken Paxton joined more than a dozen Republican attorneys general and sued the Biden administration in March to force it to release correspondence with NSBA leaders related to the letter.

Texas is the latest organization to announce it is leaving the national group. The Washington Post reported last year that 22 other states have created a new group, called the Consortium of State School Boards Association.

A TASB spokesperson said the organization has no plans to join that group. Troxell declined an interview request through the spokesperson.

The move by the state school board group comes after months of criticism from conservative parents and political officials over how schools and their elected boards have handled pandemic-related policies regarding student and teacher mask mandates and whether schools should close to reduce the spread of the coronavirus.

Last fall, Texas schools began feeling more heat on how they stock their library shelves, particularly when it comes to books about race, sex and gender and how they discuss racism in classrooms. A new law that went into effect last year prohibits teachers from discussing “a widely debated and currently controversial issue of public policy or social affairs.”

On Nov. 1, TASB officials found themselves the recipient of a letter from Gov. Greg Abbott asking them to take a more direct approach in keeping “pornography or other inappropriate content” from school shelves. At the time, the organization said it was confused by the letter because the group is not a regulatory agency.

Disclosure: Texas Association of School Boards has been a financial supporter of The Texas Tribune, a nonprofit, nonpartisan news organization that is funded in part by donations from members, foundations and corporate sponsors. Financial supporters play no role in the Tribune’s journalism. Find a complete list of them here.

Plan B, birth control and emergency contraception in Texas: How to get