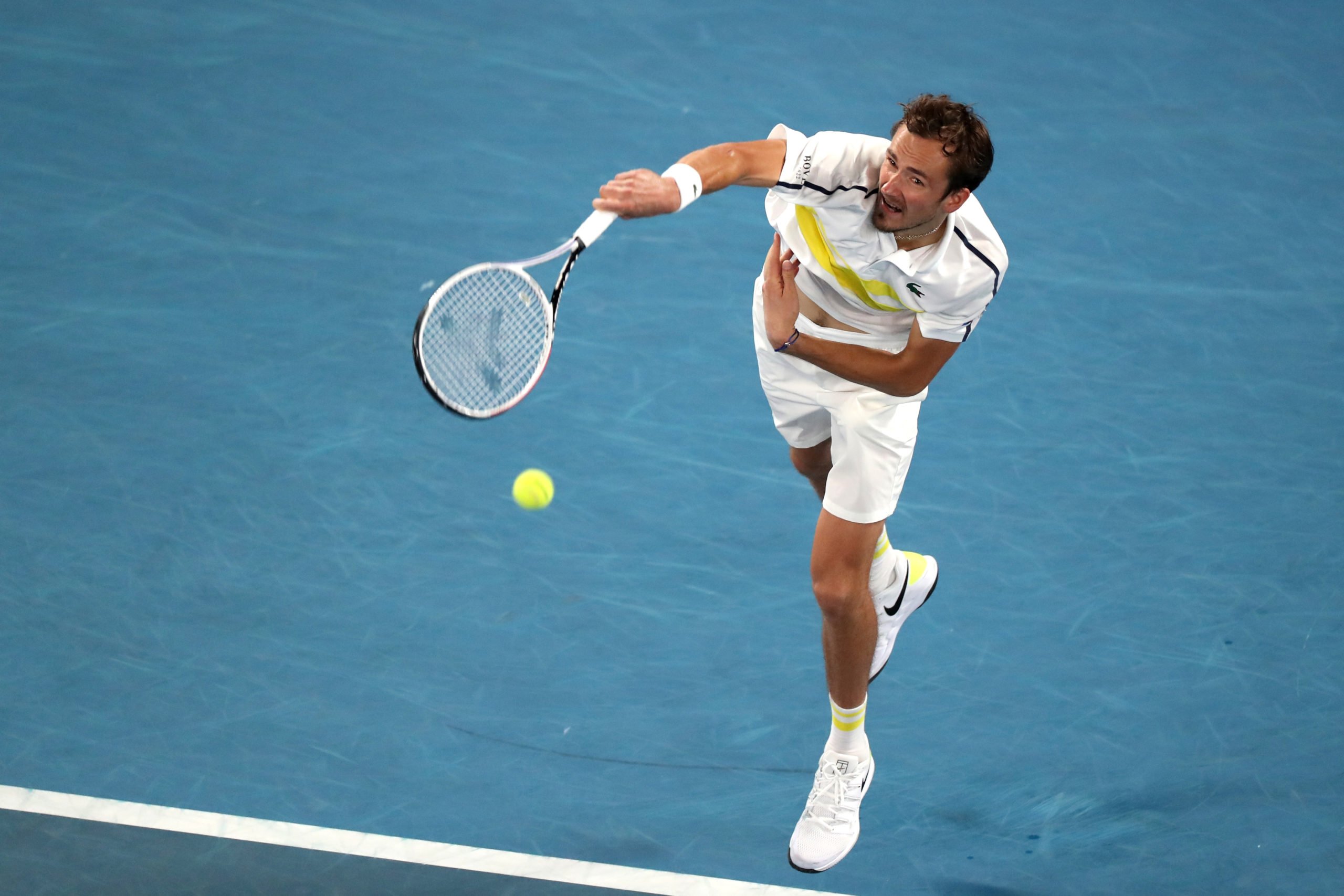 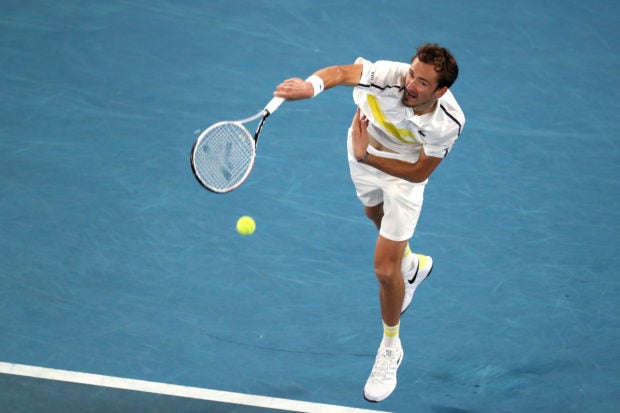 Wimbledon has barred all Russian and Belarusian players from this year’s championships due to Moscow’s invasion of Ukraine, a decision which was swiftly condemned by the men’s and women’s tours as well as American great Martina Navratilova.

The move is the first time players have been banned on the grounds of nationality since the immediate post-World War Two era when German and Japanese players were excluded.

The grasscourt Grand Slam is the first tennis tournament to ban individual competitors from the two countries, meaning men’s world number two Daniil Medvedev from Russia and women’s fourth-ranked Aryna Sabalenka of Belarus will be banned from the June 27-July 10 tournament.

In a statement on Wednesday, the All England Lawn Tennis Club (AELTC) said it had to play its part in the efforts of government, industry, sporting and creative institutions to “limit Russia’s global influence through the strongest means possible.”

“We recognise that this is hard on the individuals affected, and it is with sadness that they will suffer for the actions of the leaders of the Russian regime,” AELTC chairman Ian Hewitt said in the statement.

The players have also been banned from the UK grass-court tournaments held in the build-up to Wimbledon.

The ATP, which governs men’s tennis, said the “unilateral decision” by Wimbledon to exclude players from Russia and Belarus was “unfair” and could potentially set a damaging precedent for the game.

“Discrimination based on nationality also constitutes a violation of our agreement with Wimbledon that states that player entry is based solely on ATP Rankings,” the men’s governing body said.

“Any course of action in response to this decision will now be assessed in consultation with our board and member councils.”

The Women’s Tennis Association said it is “very disappointed” with the decision and was now “evaluating its next steps and what actions may be taken regarding these decisions”.

“Individual athletes should not be penalised or prevented from competing due to where they are from, or the decisions made by the governments of their countries,” said the WTA.

“Discrimination, and the decision to focus such discrimination against athletes competing on their own as individuals, is neither fair nor justified,” the body added.

Both tennis governing bodies had banned Russia and Belarus from international team competitions following the invasion, but allowed players from the two countries to continue competing on their respective tours as neutrals.

Navratilova, who won Wimbledon a record nine times between 1978 and 1990, called the move “the wrong decision”.

“Exclusion like this, through no fault of these players, is not the way to go,” she told LBC Radio.

“Tennis is such a democratic sport it is difficult when you see politics destroy it. On the women’s side practically 10% of the field is not allowed to play,” added the Czech-born American whose wife is Russian. 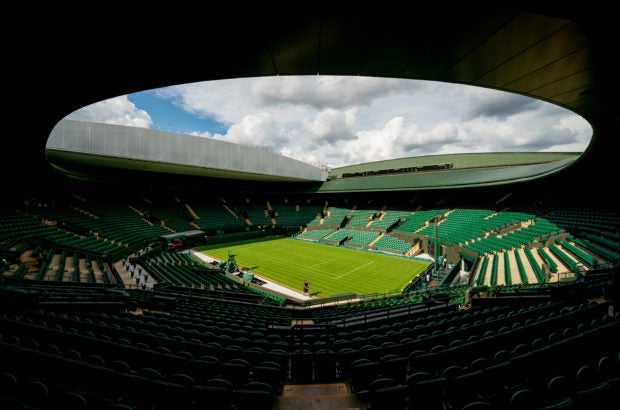 A general view of No.1 Court Pool of the All England Lawn Tennis and Croquet Club in London. (REUTERS)

“This decision was made in a vacuum by the All England Club. I understand their predicament but I just don’t think they’re seeing the big picture in a more global way. But I am devastated by the decision, quite frankly.”

Hewitt said the AELTC had “carefully considered” alternative measures that might be taken within the UK Government guidance.

“But given the high profile environment of The Championships the importance of not allowing sport to be used to promote the Russian regime and our broader concerns for public and player (including family) safety, we do not believe it is viable to proceed on any other basis,” he said.

The Kremlin said banning Russian players from Wimbledon would hurt the tournament given the country’s tennis prowess and described it as unacceptable.

Russian Tennis Federation president Shamil Tarpischev told the country’s Sport Express newspaper that there was nothing it could do.

“I think this decision is wrong but there is nothing we can change,” Tarpischev said. “The (Russian) Tennis Federation has already done everything it could.”

“The decision by the AELTC and the LTA has raised several questions and we are discussing those with each organisation,” the International Tennis Federation told Reuters.

It added that its previous position suspending both tennis federations for an indefinite period and on allowing Russian and Belarusian players to only compete as neutral athletes remains unchanged at this time.

Earlier, Ukrainian players Elina Svitolina, Marta Kostyuk and Sergiy Stakhovsky — who had enlisted in Ukraine’s reserve army prior to Russia’s invasion — called for a blanket ban on Russian and Belarusian athletes from international events.

International athlete-led pressure group Global Athlete said that banning players from the two countries would also “protect these athletes who have no choice to remove themselves from competitions.”

“These athletes must follow the orders from their countries’ leaders,” it added.

The United States Tennis Association, which organises the U.S. Open, said it had not yet made a decision regarding the participation of Russian and Belarusian players at this year’s hardcourt major which begins on Aug. 29.

British Sports Minister Nigel Huddleston said last month that he would not be comfortable with a “Russian athlete flying the Russian flag” and winning Wimbledon in London.

“The UK has taken a leading role internationally to make clear that President (Vladimir) Putin must not be able to use sport to legitimise Russia’s barbaric invasion of Ukraine,” Huddleston said in a statement.

“… We have set out our position with sport governing bodies and event organisers and will continue to encourage them to take appropriate action for their sport.”

The AELTC said it would “consider and respond accordingly” if circumstances change between now and June.