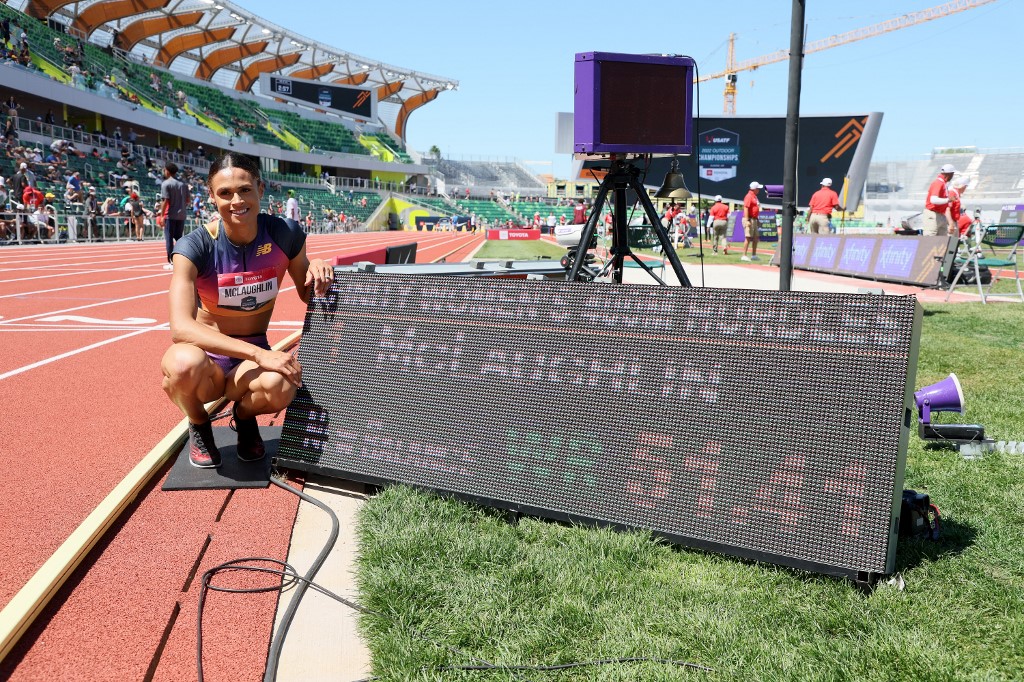 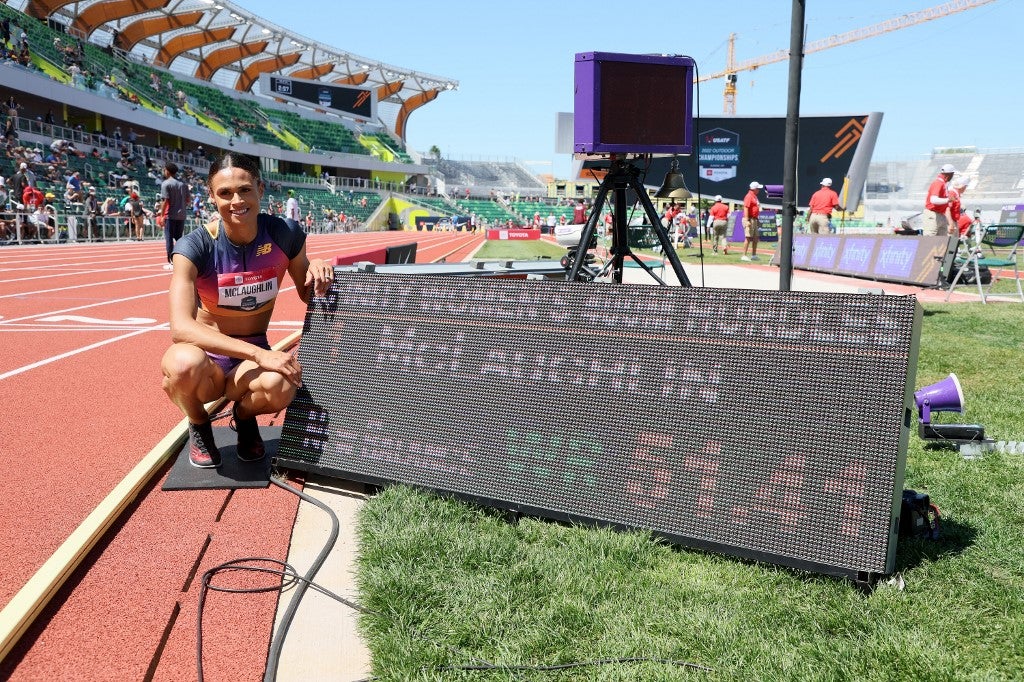 EUGENE, Ore. – Focus, skill and a little bit of “Track Town, USA” magic propelled Sydney McLaughlin to break her own world record – again – in the 400 meters hurdles on Saturday.

The Olympic gold medalist won the US championships final in 51.41 seconds at Hayward Field, improving upon her own benchmark time at the American track haven of Eugene, Oregon.

The 22-year-old wrested the lead early and never gave the rest of the field a fighting chance, clinching her spot in the world championships in front of an adoring crowd.

“It’s Track Town, USA, what can you expect?” said McLaughlin. “Any time I come here I can just feel something amazing is going to happen.”

She previously set the record with a 51.90-second performance at the U.S. Olympic trials in Eugene almost a year ago to the day, only to shatter that figure in Tokyo, collecting gold in 51.46.

“I don’t anything compares to the first time you do it, just crossing that line in awe,” she told reporters when asked to compare which of her record-breaking efforts meant the most.

“This is just a great indicator of where we are and hopefully (we’re) going to go home and work on some things.”

Running out of lane five, McLaughlin put on a flawless performance with her opponents offering little in the way of pressure to push her toward the finish line.

McLaughlin, who also collected a relay gold in Tokyo, offered a subdued smile and double thumbs up as her accomplishment became clear.

“Zoning in on what I have to focus on puts me in a headspace to really not worry about anyone else and focus on 10 my hurdles,” she said after the race, adding that she planned to celebrate by eating some “real food – beside vegetables.”

McLaughlin faces a potential showdown at the world championships with chief rival and reigning champion Dalilah Muhammad, who was absent from the national championships due to injury.

She finished second to Muhammad by seven hundredths of a second at the 2019 Doha world championships.

McLaughlin produced a 52.90-second win in Friday’s semi-final round and a 54.11-second victory in the preliminary heats on Thursday.

The top three finishers in Eugene, Oregon, who meet certain qualifying standards, and reigning global title-holders will compete at the world championships, which will be held in the United States for the first time from July 15 at the same track.