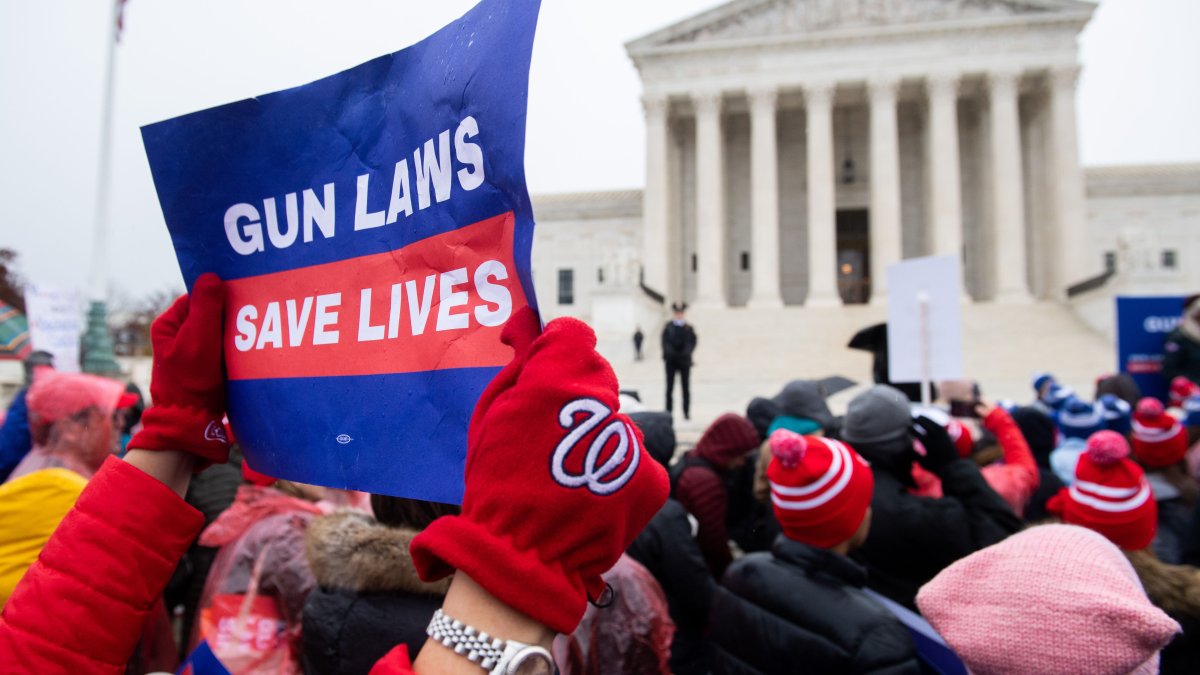 The Supreme Court has struck down a New York gun law in a ruling expected to directly impact half a dozen other populous states.

In a 6-3 decision by the court’s conservative majority, the justices ruled that requiring people to demonstrate a particular need for carrying a gun in order to get a license to carry one in public violated the Second Amendment right to “keep and bear arms.”

The decision expected to ultimately allow more people to legally carry guns on the streets of the nation’s largest cities — including New York, Los Angeles and Boston — and elsewhere. About a quarter of the U.S. population lives in states expected to be affected by the ruling, the high court’s first major gun decision in more than a decade.

“Shocking, absolutely shocking that they have taken away our right to have reasonable restrictions,” New York Gov. Kathy Hochul said in reaction to the ruling. “We can have restrictions on speech. You can’t yell fire in a crowded theater, but somehow there is not restrictions allowed on the Second Amendment?”

Supreme Court decisions in 2008 and 2010 established a nationwide right to keep a gun at home for self-defense. The question the court confronted is about the right to carry a gun outside the home.

New York has required that anyone applying for a concealed handgun license first show “proper cause.” Courts in New York have found that means someone must demonstrate a special need to defend themselves.

Challenging the more than 100-year-old law were two men whose applications for unrestricted licenses were denied and a gun-rights advocacy group. The case, New York State Rifle & Pistol Association Inc. v. Bruen, was argued before the court in November. Kevin Bruen is the superintendent of the New York State Police.

Questioning from the justices suggested they were prepared to strike down the law and perhaps others like it in half a dozen other states as too restrictive.

Similar laws exist in California, Hawaii, Maryland, Massachusetts, New Jersey and Rhode Island, and the Biden administration has said those states could be affected by a ruling against New York. Opponents have said that could lead to more guns on the streets and more resulting violence.

New York’s concealed carry law has been in place since 1913 and says that to carry a concealed handgun in public for self-defense, a person applying for a license has to demonstrate “proper cause,” an actual need to carry the weapon. When local officials issue a gun license, it’s either unrestricted — allowing the person to carry a gun anywhere not otherwise prohibited by law — or restricted, allowing the person to carry a gun in certain circumstances. That could include carrying a gun for hunting or target shooting, when traveling for work or when in backcountry areas.

This is a breaking news story. Please check back for updates