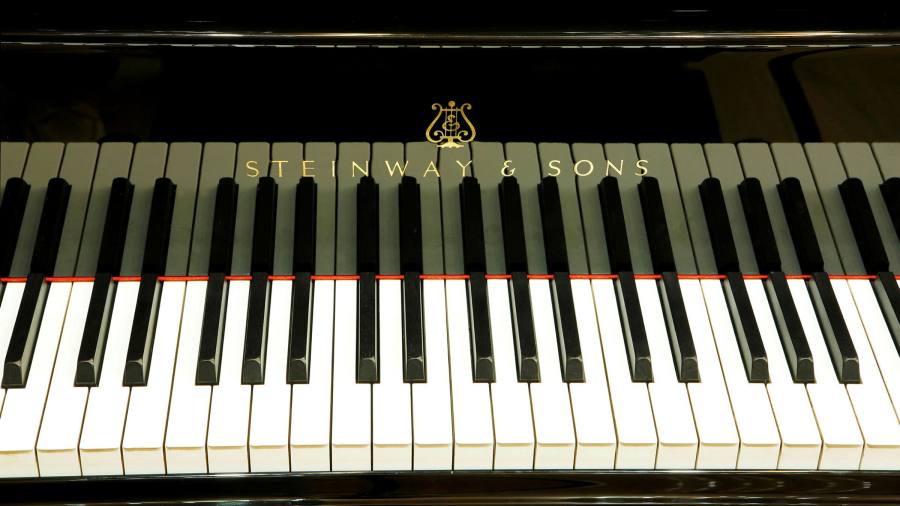 John Paulson remembers his sister crying when their father brought home a baby grand piano because the family had not been able to afford the Steinway she had hoped for.

Paulson grew up to be a hedge fund virtuoso rather than a concert pianist, making billions of dollars shorting subprime mortgages before the financial crisis. But the fortune that provided allowed him to acquire three Steinways and then, in 2013, America’s most venerable instrument maker itself.

This week, nine years after his $512mn bid beat offers from Kohlberg & Co and South Korea’s Samick Musical Instruments, Paulson announced plans to return the 169-year-old company to the public markets, selling some of his shares but retaining firm voting control.

His pitch for Steinway Musical Instruments Holdings is that the company, founded by a German immigrant called Henry Engelhard Steinway in a New York City loft in 1853 has become one of the world’s great luxury brands, a unique play on China’s growing consumer demand and an innovator in technology.

Paulson has yet to disclose the valuation he is hoping for from the listing, which will be led by Goldman Sachs. But the prospectus Steinway filed with the US Securities and Exchange Commission on Thursday positions it as a player in a global luxury goods market that Euromonitor forecasts to grow at 6.4 per cent a year to nearly $1.3tn a year by 2026.

One of the biggest drivers of that growth, it notes, has been the surge in discretionary spending in China, where Knight Frank estimates that the number of individuals worth $30mn or more has grown 145 per cent in five years.

China is already the world’s largest piano market, selling about 400,000 pianos a year to its 40mn practising pianists, compared to the 30,000 sold annually to the 6mn Americans who play regularly, Steinway’s prospectus notes.

Buoyed by Beijing’s investments in new classical music venues, the number of Chinese concert halls that own Steinway pianos has grown from 11 to 134 in the past decade, but the company currently sells only half as many grand pianos in China as in the US.

Already, Steinway has sought to remedy that under Paulson, partnering with celebrity Chinese concert pianists such as Lang Lang and opening showrooms in Chinese cities. But, it told investors, it sees “numerous tailwinds” propelling its hopes of further growth in the country.

The company still takes at least six months to make each grand piano by hand at its factories in Astoria, New York, and Hamburg, Germany, but Paulson has sought to balance that heritage with a bet on technology.

Capital spending has tripled since 2013 as it developed and launched the Steinway Spirio, a piano that can be played normally or that can play itself with what the company says is “the same nuance, power and passion as a live performance”. 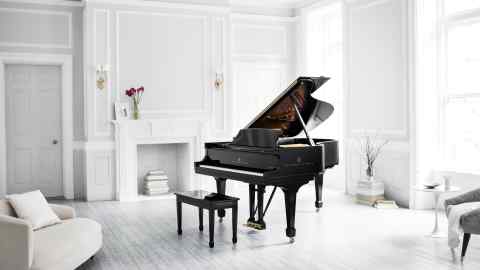 The premium-priced Spirio now accounts for almost a third of its piano sales. Loaded up with recordings from artists from Glenn Gould to Billie Eilish, the company said, the Spirio significantly expands its market to include non-piano players.

Expanding demand and limited production capacity has helped Steinway push up its average sale price by 48 per cent in the past five years. Its grand pianos now sell for $60,000 to about $340,000, although one limited edition instrument fetched $2.4mn in 2016.

Steinway was family-owned until 1972 and first went public in 1996 under the ticker symbol LVB, for Ludwig van Beethoven. It intends to use STWY as its ticker when it lists on the NYSE.

When Paulson bought Steinway in 2013, the outlay represented a small fraction of his wealth. Having benefited by betting against subprime mortgages, he also made successful bullish investments in stocks near the bottom of the market in 2009. His net worth hit $11bn, according to Forbes, making him one of Wall Street’s 10 richest investors.

But as financial markets have soared over the past decade, he lost billions of dollars because of wrong way stock market bets, particularly on pharmaceutical and energy companies.

Institutional investors withdrew assets from his hedge fund, Paulson & Co, which laid off scores of its traders and analysts and then converted to a family office two years ago.

By Forbes’ estimates, Paulson’s net worth has fallen to $4bn since he bought Steinway, even as US stock markets more than doubled. If Steinway listed at a more than $1bn valuation, his stake — held through a company called Paulson Pianissimo and carrying 10 times the voting rights of ordinary shares — would be his largest stock investment, according to filings.

The purchase has had other advantages. When Paulson & Co left its New York office across from the Rockefeller Center, it found more modest space in Steinway’s offices, where it pays the company a $2mn annual lease.

Finally, Paulson has been able to expand the collection of the Steinways his family never had, with a free piano on loan from the company that would otherwise have cost him $14,000 a year to rent.