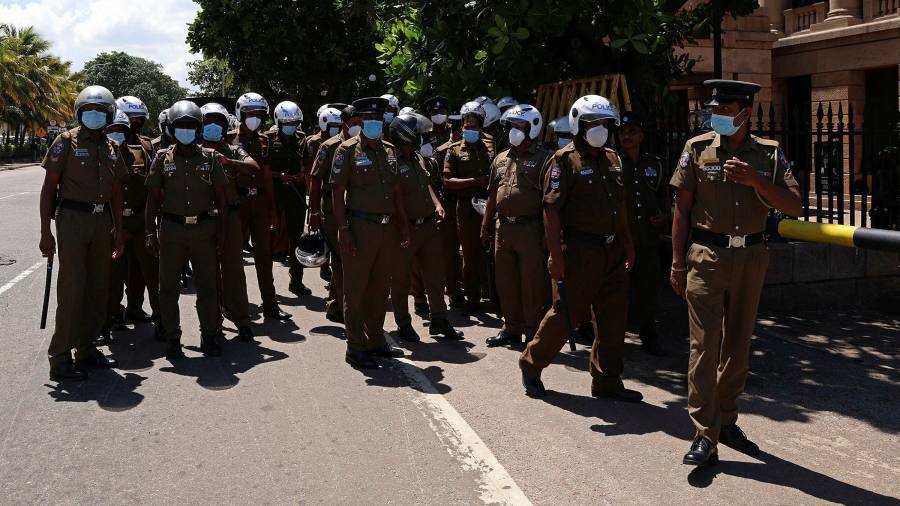 Sri Lankan businesses are struggling to keep operating after a surge in fuel prices that is exacerbating the highest inflation rate in the Asia-Pacific region, with authorities concerned supplies may run out as they negotiate an IMF bailout.

The island nation of 22mn is going through its worst debt and economic crisis in decades as a foreign exchange shortage left the government unable to pay off its loans and import basics including food and medicine. This has triggered weeks of mass protests with President Gotabaya Rajapaksa under pressure to resign.

A surge in global oil and gas prices, combined with a 60 per cent drop in the value of the Sri Lankan rupee since last month, has also led to critical shortages of petrol and cooking gas.

“We are now at the state of depending on a shipment by shipment situation for fuel availability,” said Susantha Perera, a former senior engineer at Ceylon Electricity Board, the state power entity. “Currently the fuel available would be enough to last till the month’s end. How the government would continue with supplies remains to be seen.”

Sri Lanka said last week that it had secured $500mn worth of assistance for fuel from neighbouring India. It has also suspended bond repayments to conserve its foreign currency reserves.

The island owed about $8bn in debt and interest payments this year on more than $50bn in total foreign debt, according to the finance ministry.

It has started negotiations over debt restructuring and further assistance with the IMF, private creditors as well as countries such as India and China. The IMF said on Saturday that a Sri Lankan delegation in Washington had “initial technical discussions” last week.

But with IMF talks expected to drag out, Sri Lankan officials and the UN are pushing for immediate financial assistance to prevent economic collapse.

The lack of fuel has led to long queues, lengthy power cuts and stoked inflation as businesses pass on the higher costs to consumers. Sri Lanka’s consumer inflation rate in March of 21.5 per cent was the highest in the Asia-Pacific region.

MD Paul, secretary of the National Construction Association, said his members would raise their rates by at least 60 per cent owing to the rising costs of supplies. He said a 50kg bag of cement now cost as much as SLRs3,000, compared with less than SLRs1,000 before.

“Most of the material prices have gone through the roof,” he said. “At the moment we are only focused on minimising our losses, not making profits.”

Aruna Weerasinghe, a 33-year-old IT sector employee, said he no longer knew how he would get to work. “With petrol at over SLRs300, we cannot afford to run cars because our salaries won’t be increased to meet that,” he said.

But Perera, the former electricity board official, said energy and power prices remained deeply distorted. The CEB provides heavily subsidised power but has not been able to pay its creditors for six months.

“Even a 100 per cent increase [in tariffs] would not suffice with the current cost escalations,” Perera said, but warned that if authorities increased tariffs now “you would see riots”.