Spy X Family is everything we wanted it to be 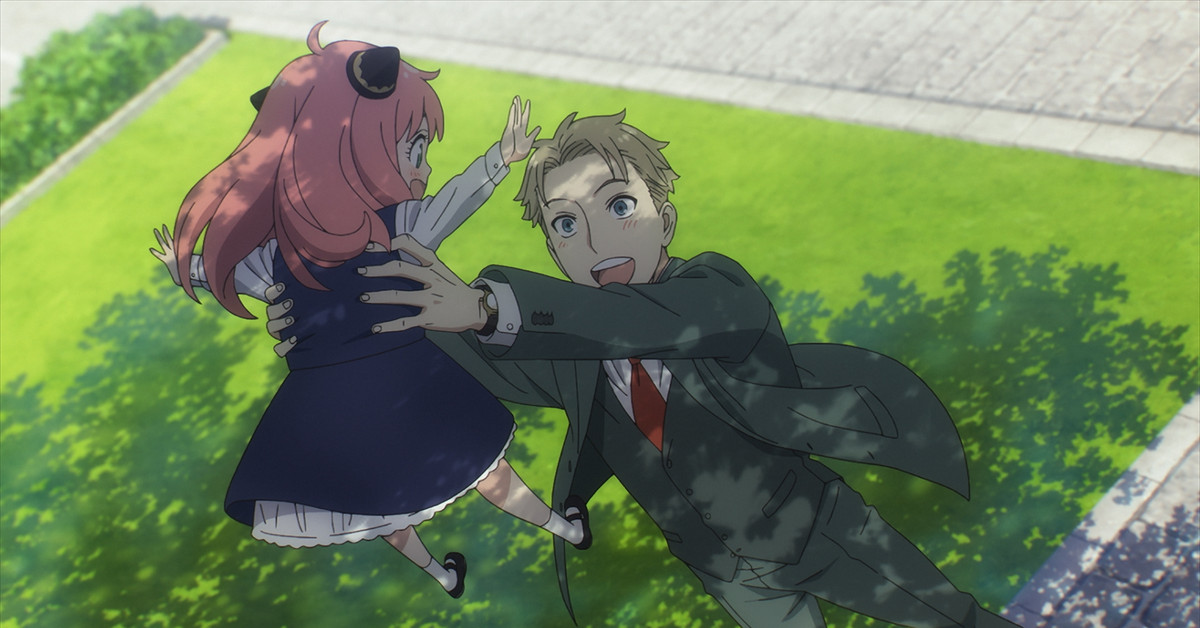 I’ve spent much of the past few months watching depressing shonen anime in which a lot of people die. Needless to say, I’ve needed something lighthearted, adorable, and, most importantly, very funny. I was fully ready to welcome something like Spy x Family, a comedy-action anime about a spy who must assemble and maintain a fake family, into my life.

But I got something even better than feel-good fluff in the first episode: I got a new crush.

Meet Twilight, the enigmatic spy who must raise a fake family, who also happens to be very attractive and very cool and very aloof. An expert fighter and master of espionage, but with enough of a soft spot to take in telepathic orphan Anya.

Airing this Saturday, the second episode promises that Twilight (under the alias Loid Forger) will find a wife in order to keep up his charade, which will turn this already juicy premise even juicer. “This will introduce a Cold War-era Mr. & Mrs. Smith angle to the series,” Kambole Campbell wrote at Polygon, “as a constant game of deception and espionage plays out within their mirage of domestic bliss.” I can’t wait.

While I’m here, I want to recommend another anime that blends the stakes of love and war, albeit on a less global scale. Kaguya-Sama: Love Is War follows two ambitious high school students, class president Shirogane and vice president Kaguya. After some fellow students suggest they’d make a good couple, the two decide to play a game to get the other to confess romantic feelings first. Whoever caves loses, and they’re each pretty confident that they won’t fall for the other.

Unfortunately, that is exactly what happens, and the two now refuse to confess any attraction, lest they lose their game and their pride. Still, they go out of their way to try to get the other to cave, while also being unsure if both parties feel the same way. It’s a dynamic back-and-forth, fueled by colorful — and blissfully unaware — side characters. Kaguya-Sama: Love Is War makes full use of its hysterical premise, and also captures the feeling of being a teenager and having a stupid, ginormous, all-encompassing, absolutely embarrassing crush — and I mean that in the very best way possible.

The third season of Kaguya-Sama: Love Is War kicked off last Friday, and the first episode is just as hilarious as the previous two seasons. Both shows are available on Crunchyroll right now! —Petrana Radulovic

This week on YouTube | Elden Ring is, yes, incredibly hard. But it’s also very funny? Polygon’s Jenna Stoeber explains how with Elden Ring, FromSoftware has mastered jokes and environmental humor, a style of storytelling where the punchline is almost always … You Died.

Norco is an unforgettable game about losing and finding religion | A Louisiana local unpacks the game’s prickly connections to Hurricane Katrina, Catholicism, and the secular faith required to live in a world under threat.

The 8-year process behind Playdate’s glorious crank | Creating a new portable console borders on the impossible. Here’s the long, brutal process behind the new device from Panic.

Severance isn’t a show about quitting your job, it’s about burning it down | We unpack the reality of the unreality of Apple TV Plus’ new hit show.

Kingdom Hearts made crossovers cool — cursing us all, and itself too | Remember when the multiverse wasn’t exhausting?

The best movies of 2022 | Our biggest update yet adds four films to our rolling “best of” list.

13 of the best horror movies on Netflix | Maybe you’ve seen The Exorcist, but what about Cam and Under the Shadow?

Plus, everything new to streaming!

13 Sentinels | The latest Vanillaware game took the No. 15 spot on Polygon’s best games of 2020 list, but most folks missed the PS4 genre-bender amid the launch of the PS5. Now 13 Sentinels is available on Switch, the perfect home for this hulking work of sci-fi. Available on Nintendo Switch and PS4.

MLB The Show 22 | Do you want to know the terrifying truth of annual sports games … or do you want to see me sock a few dingers?! Available on PlayStation 4 PlayStation 5, Xbox One, Xbox Series X/S, and Nintendo Switch.

Doom with ray tracing | The most expensive gaming computers on the planet are just powerful enough to run the original Doom with ray tracing. Depending on your feelings about PC gaming, that is either the coolest or the absolute worst. Available on Windows PC.

Free game of the week

The one who pulls out the sword will be crowned king | Please give our condolences to your mouse. To say anything else would spoil the fun. Available on Linux, Mac, and Windows PC via Steam.

The best of the rest