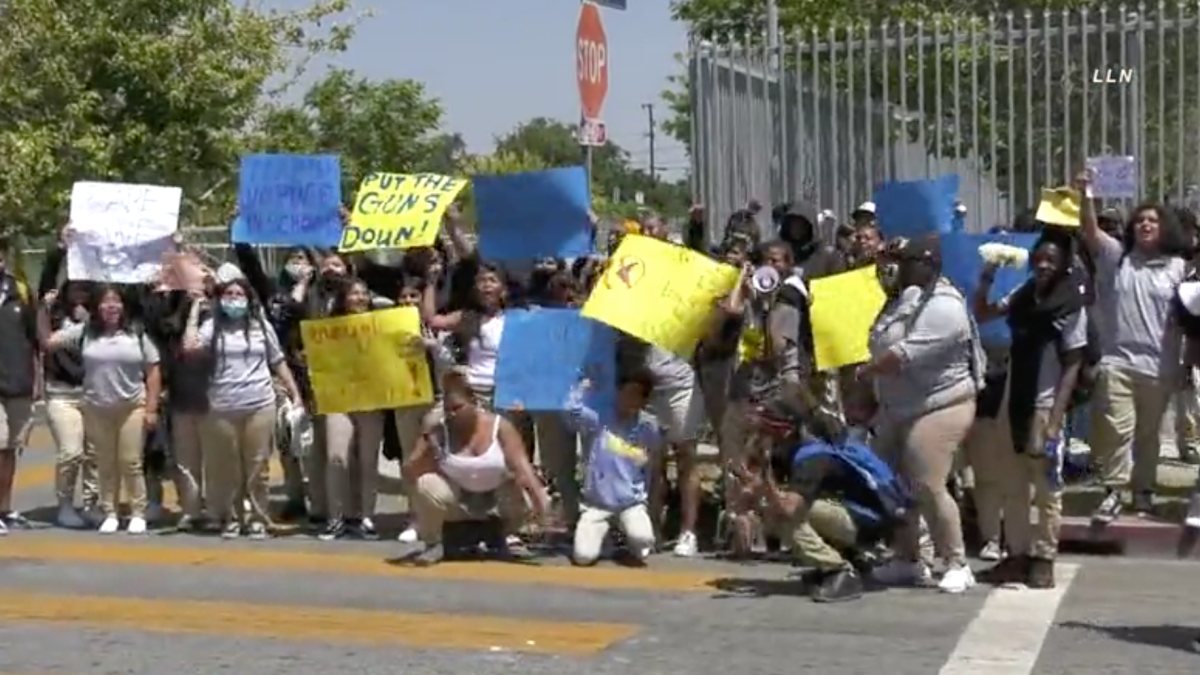 Throngs of students across Southern California schools were instituting walkouts Thursday in the wake of a shocking school shooting in Uvalde, Texas, that left 19 children dead.

Students at El Camino Real Charter High School chanted “enough is enough!” as groups walked out of the school in protest of gun violence.

Some 150 students walked out of Crescenta Valley High School.

In the days following the shooting at Robb Elementary in Uvalde, during which a local 18-year-old had shot his grandmother before opening fire on 2nd, 3rd and 4th graders, students and parents across the nation have described feeling fearful of sending children to school.

Some of the signs asked, “Are we next?” and said, “Put the guns down!”

In another striking and poignant form of protest, students at Saugus High School in Santa Clarita, walked out of class. The school is where in 2019 a 16-year-old shot five schoolmates, killing two, before killing himself.

The movement wasn’t just seen in Southern California Thursday, but also at schools across the nation, including at a Michigan school where a school shooter killed four students and left others injured in Nov. 2021.