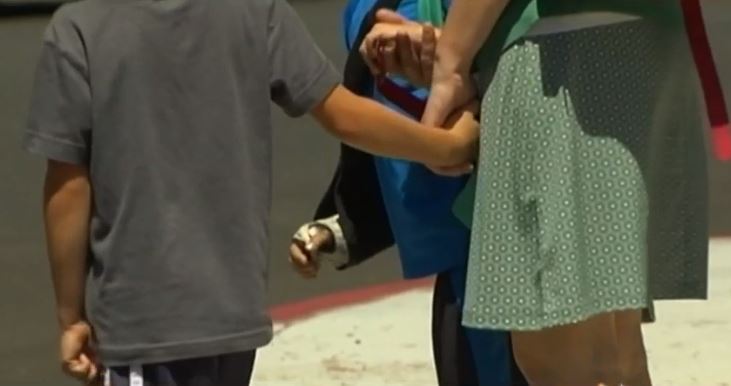 As the smiling faces of the shockingly young victims emerged Wednesday, agencies across the region, from the Inland Empire to Monrovia pledged to monitor schools closely, keeping California children safe.

“Don’t be afraid! Today is a day of showing our true colors to each other,” LAUSD Superintendent Alberto Carvalho said on his social media accounts.

The Santa Monica Police Department also said there was no indication of any threats on schools, but the community would see a “strong presence.”

Torrance police Chief Jay Hart said the department “is committed to protecting the safety of Torrance students and continues to work with (Torrance Unified School District) to create an environment where students and teachers can thrive.”

Long Beach police said citizens would see an increased presence in the city and around its schools.

The Arcadia Police Department said while no threats have been reported to Arcadia schools, officers would conduct extra patrols, but also asked the community to be vigilant.

Monrovia police were also conducting extra patrols at schools in the community.

“Our officers will be making rounds, so you will likely see extra police presence near your schools today. There are no threats, and we mourn this tragic and evil act,” the department said.

“The safety of our students and staff is always our priority,” the department said.

Parents in South Pasadena also saw increased police presence, prompting tough conversations with their young students on what to do in the unthinkable situation of a school shooting.

“I think they do take a lot of measures to protect our children. Doors are locked, gates are locked and they only let people in who should be here,” parent Melissa Lien said.

“I did talk to my older kids because they had heard about what happened so they are very aware about it just because of the drills and everything they go through at school.”

The shooting sent shockwaves through the nation, as the deadliest attack on schools since a gunman killed 20 children and six educators at Sandy Hook Elementary in Newtown, Conn., almost a decade ago.

California Gov. Gavin Newsom pledged to sign a dozen bills that were to come across his desk in an effort to crack down on gun violence.

Hours after the shooting Tuesday, California senators moved forward with a bill, made in the likeness of one in Texas aiming to deter abortions, that allows people to sue those who traffic in illegal firearms.