Source says ball has long been in Greg’s court 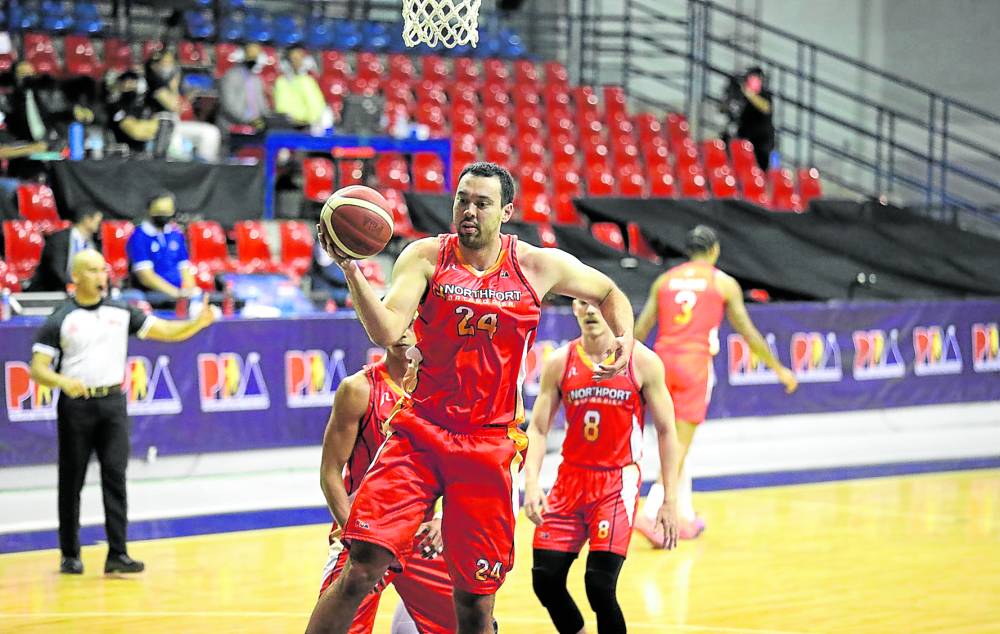 Greg Slaughter has broken his prolonged silence by taking to Instagram on Sunday, effectively saying that not being able to play the latter part of the PBA Governors’ Cup was because he “never heard” from NorthPort (NP) when his contract expired at the end of January.

“My rights are held by NorthPort, [which] has ceased communication with me about staying in the PBA. This is why I was not able to finish the conference,” Slaughter wrote in a post that came out at around noon. “I never heard back [from them when] my contract expired.”

The 33-year-old big man, who won four PBA titles with crowd darling Barangay Ginebra, played for just four games with the Batang Pier in the season-ending conference that the Gin Kings eventually won. He finished averages of 14.3 points, 9.3 rebounds and 1.3 blocks before the pandemic halted play and his pact expired.

He would have been a vital cog in the Batang Pier’s playoff push, but held out when a very reliable team insider who spoke in February on the condition that he is not identified said: “He is asking for the moon and the stars.”

A different Inquirer source sought for comment on Sunday said that what Slaughter claims has no basis as a “counter offer” had been sent to “Slaughter’s residence giving him the maximum salary of P420,000 a month for the next season.

“That has been on the table shortly after his contact expired,” the source said. “The ball has been in his court for so long now.”

Robert Bolick’s contract also expired at the same time as Slaughter’s, and after haggling for a while, signed on the dotted line as NorthPort also offered him the maximum pay.

The Best Player of the Conference awardee of the 2017 Governors’ Cup said that he has also tried, multiple times, to volunteer for the national cage program with “no acceptance.”

Slaughter also said that not being able to play is keeping him from choosing a team to play for even if he knows that NorthPort holds the rights to him. But he insists that he has been putting in the work in case an opportunity crops up. INQ