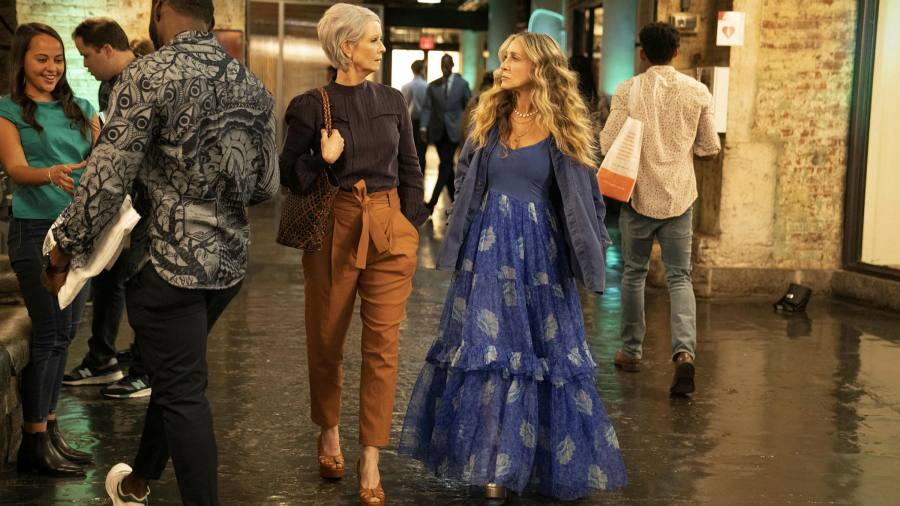 The writer is a contributing columnist, based in Chicago

Grey is the new black and old is the new young. Or so we baby boomers like to think. During these learning-to-live-with-coronavirus days of early spring in the US Midwest, I am constantly invited to attend events that “rethink”, “reframe” or otherwise redraw the map of life as I have known it.

I’m all for any effort to change the conventional wisdom that advanced age is nasty, brutish and short — not to mention ugly. After all, the Boston University School of Medicine “living to 100” life expectancy calculator says I should live to be 106 (though no sane actuary would give me those odds). That means I could have 40 years to kill — and I’d love some new ideas on how to spend them.

I’ve already decided there is no way I’m spending them as a bleach blond. And it looks like I’m not the only one who wants to let her grey hang out. Emily Hegdahl and Leslie Perry of the Professional Beauty Association, which represents American hair stylists, salons and beauty goods manufacturers, tell me that many clients discovered a literal “silver lining” in the pandemic: they had the time to grow out their roots while no one was looking — and they ended up liking what they saw.

Salons were closed for several weeks in most US states, they note, so many clients had no choice, but Perry, a licensed aesthetician, says it also became “socially acceptable” to go grey. “My Mom was a hair stylist for 35 years and she would never, never, never have considered letting her hair go grey . . . but it didn’t look the way she thought it would”, she says. Hegdahl adds, “it allows us to see more diversity of beauty than you would have seen 20 years ago” when silver-maned men were seen as distinguished, while grey-haired ladies were labelled grannies.

Silver hair is not the only thing I like about being old: I am that boring person who genuinely celebrates each advancing year — while viewing the infirmities of age, many of which I already experience, as good teachers of important lessons in gratitude, acceptance, and patience.

So I’m a bit concerned when fellow boomers promise they are going to “reframe” all that: as a generation that never saw an obstacle we didn’t immediately try to demolish by sheer force of will, I’m worried that we may be trying to rewrite the laws of nature yet again. Call it the “type A” approach to ageing.

Tami Simon is founder and CEO of Sounds True, the mindfulness publisher, which staged the recent “Radically Reframing Aging” summit — and a proud grey-haired near-sexagenarian. She energetically rebuffed my accusation of hubris: “Do you have the idea that you will be miserable in the last decade of your life, that it will be a lonely time for you, that you’ll be in pain? I think those are the ideas that need to be questioned. Instead we should think about [age] as a time of great freedom, one of the richest times of our life, a time to celebrate all that we’ve learned.” 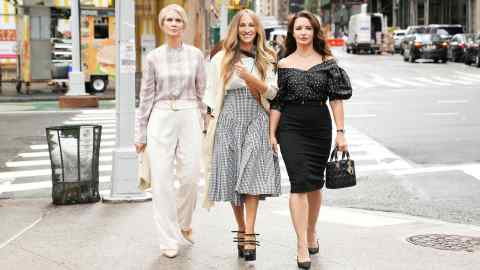 “We need a narrative that redefines what it means to be old . . . the existing norms no longer work because they evolved for lives that were half as long,” says the Stanford Centre on Longevity about its “New Map of Life” — “the possibility of living for nine, ten or more decades raises a uniquely 21st-century question: what are we going to do with our century-long lives?” Stanford says we should work longer (though not necessarily full time), study more, and earn longer. Speakers at the Sounds True summit proposed living close to nature, and having at least three friends.

But Jessica Finlay, ageing researcher at the University of Michigan, says “there is an undeniable biological reality to ageing, even if it’s tempting to have a ‘Peter Pan’ mentality”, a reference to the “boy who never grew up”. She says we have to “find a middle way” between the idea of being as productive as possible for as long as possible, and ageist ideas that seniors are just a burden on society.

Before the pandemic, I was certain that 60 would soon be the new 40. During the worst of it, I began to think 60 was a lot more like 80. Now I’m trying to accept that 60 is, well, equal to six decades of life well lived. I wouldn’t be young again for all the tea in China — and I quite like tea from China.