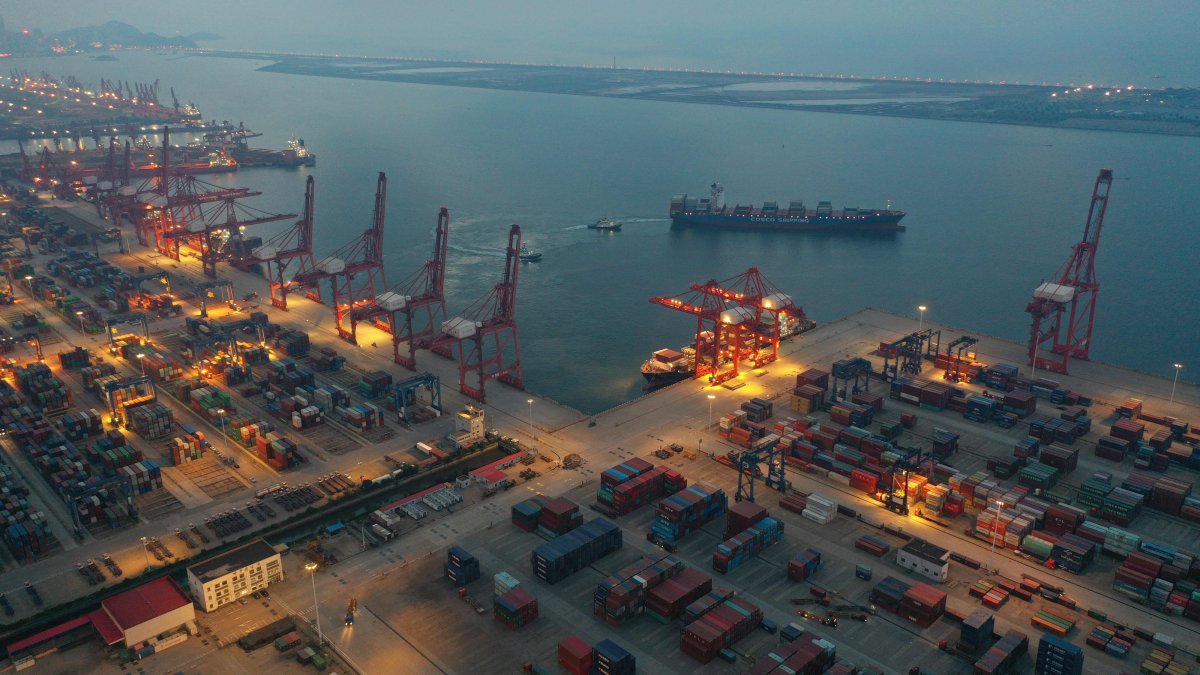 A Philippines national who fatally stabbed a fellow crewmember on a container ship en route from Shanghai to Los Angeles pleaded guilty Monday to a federal criminal charge.

Michael Monegro, 43, entered his plea to one federal count of committing an act of violence against a person onboard a ship that is likely to endanger the vessel’s safe navigation, according to the U.S. Attorney’s Office.

U.S. District Judge Dale S. Fischer scheduled a Sept. 12 sentencing hearing, at which time Monegro will face a sentence of up to life behind bars, prosecutors said.

Monegro was working as a seaman aboard the MSC Ravenna, a 153,000 gross-ton Liberian-flagged container ship, on Sept. 20, 2020 — when the ship was 80 nautical miles from Southern California, nearing the end of its two-week voyage from Shanghai to the Port of Los Angeles, according to the plea agreement.

That morning, several crewmembers were in a dressing room on the ship’s upper deck, preparing for their shift and waiting for their direct supervisor to provide their work assignments for the day. Shortly after Monegro saw his direct supervisor in the hallway outside the locker room, Monegro began stabbing him with a knife while they were both in the hallway in full view of several crewmembers.

The victim grappled with Monegro and the two fell to the floor.

Monegro then got on top of the victim and continued stabbing him. Monegro then removed a second knife from the victim’s coveralls and stabbed him with both knives, according to federal prosecutors.

Crewmembers attempted to intervene to stop Monegro, including throwing a trash can at him, but their actions were unsuccessful. Monegro admitted that he only stopped stabbing the victim when he became too tired to continue.

The Ravenna’s captain, chief mate and chief engineer all arrived on scene during the incident, and the captain convinced Monegro to get off the victim, who died on the ship from multiple stab wounds.

Monegro was convinced by the captain to walk to a conference room.

After continued discussions, Monegro placed the knives on the conference room table and was escorted to his cabin.

After the incident, Monegro was confined to a cabin and crewmembers were assigned to guard the door, so they were unable to perform their normal duties on the ship. Prosecutors said other crewmembers were traumatized by witnessing Monegro stab and kill the victim.

Federal agents arrested Monegro after the ship docked at the Port of Los Angeles a week after the fatal stabbing. He has been in federal custody since his arrest.