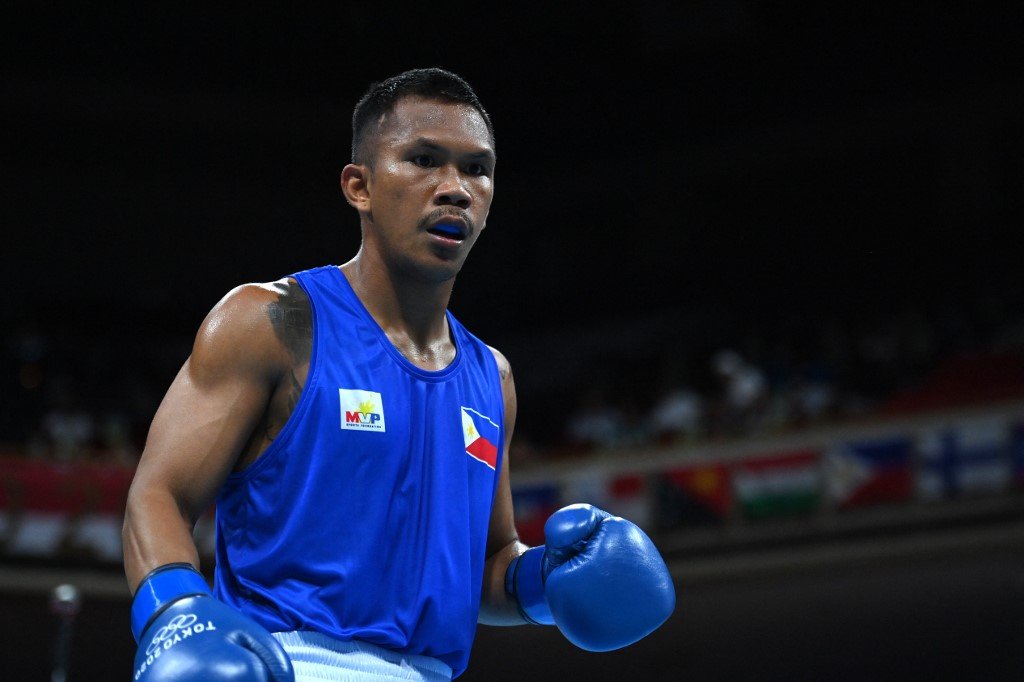 BAC NINH, Vietnam — Eumir Felix Marcial’s Olympic hopes remained bright after lining himself up for a middleweight gold medal on Thursday following a smashing victory against a Thai foe in the 31st Southeast Asian Games.

Marcial, the celebrated Olympian who had dabbled into the pros, threw sledgehammers against a hapless Peerapat Yeasungnoen forcing his corner to throw in the towel midway through the second round.

“This is my first step to my goal of making the Olympics,” said Marcial. “I am confident that I can win my fourth SEA Games gold.”

He will take for the men’s 75kg gold medal on Sunday Delio Anzaqeci Raksat of Timor Lester who scored a savage knockout win over Hun Kimheang of Cambodia in the second round. Hun had to be taken out of the gymnasium on a stretcher.

But the Philippines suffered a big upset after World champion and five-time SEA Games champion Josie Gabuco lost to Chuthamat Raksat of Thailand in the women’s 48kg.

In the men’s 63kg, James Palicte dropped a decision to Indonesia’s Farrand Papendang after suffering acid reflux in the second round. He was leading the scoreboards after round one.

Riza Pasuit also failed to advance to the gold medal round after losing to Vuong Thi Vy of Vietnam in the women’s 57kg.

Four more Filipinos will vie for spots in the semifinals on Friday.