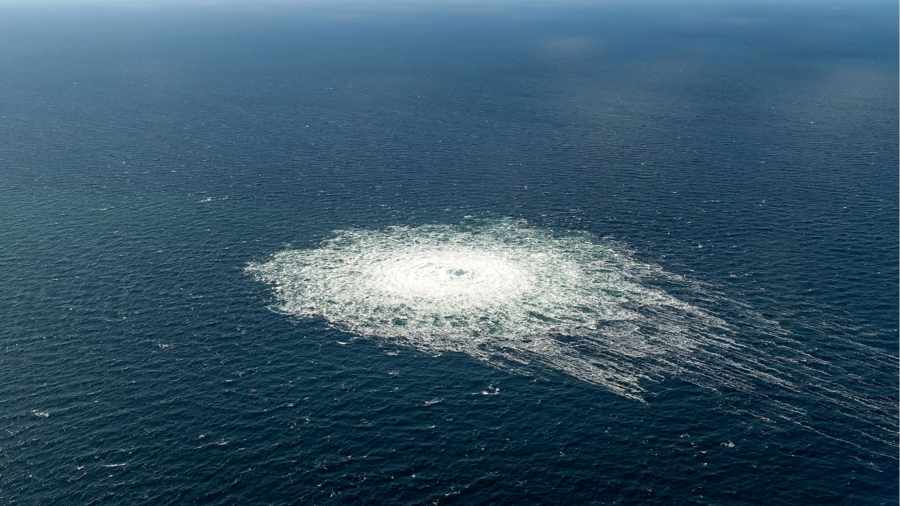 The sabotage of two gas pipelines between Russia and Europe should serve as a wake-up call to the continent to protect its critical infrastructure, European officials have warned.

Norway — which replaced Russia as the biggest gas exporter to the EU in the wake of the full-scale invasion of Ukraine — and Denmark, have both stepped up security around their oil and gas industries’ infrastructure, rigs and buildings.

The issue will be raised at a meeting of EU ambassadors in Brussels on Wednesday, according to a senior EU official and in meetings of Nato’s political decision-making council this week. The EU has vowed “a robust and united response” to what it said was a “deliberate act”.

The three leaks in the two Nord Stream pipelines, which took place in international waters just off the Danish island of Bornholm, were caused by “deliberate acts”, according to Denmark’s prime minister Mette Frederiksen. A new pipeline from Norway to Poland that also flows past Bornholm was officially opened on Tuesday, just hours after the explosions.

“Russia has a significant military presence in the Baltic Sea region and we expect them to continue their sabre-rattling,” Bødskov said in a statement following the talks at the military alliance’s headquarters in Brussels.

He said it could take one to two weeks for the disturbance from the leaks to die down sufficiently to allow checks to be made to determine what exactly happened.

“These incidents show that energy infrastructure is not safe . . . It can be interpreted as a warning” as the new pipeline opened, Viktoria Čmilytė-Nielsen, speaker of Lithuania’s parliament, told local radio on Wednesday.

One of Norway’s leading military officers warned that the Scandinavian country needed to take the threat to its infrastructure seriously, with gas pipelines leading to the UK, Germany, France, Belgium and now Poland.

Prime Minister Jonas Gahr Støre added that there was “no specific threat” against Norway.

The leaks at the two pipelines come as Europe struggles to find enough gas to replace Russian sources ahead of what is expected to be a difficult winter for the continent.

Neither of the two Nord Stream pipelines were in operation after Russia stopped flows through one of them earlier this month and Germany stopped the approval process in February of the other shortly before it was due to open.

But late on Tuesday Gazprom, Russia’s state-owned gas producer, indicated it could make further reductions in gas supplies to Europe, threatening the supplies that still transit through Ukraine.

The Russian company threatened to sanction Ukraine’s state gas company Naftogaz if it continued arbitration proceedings against the Russian company in Switzerland, a move analysts said would probably lead to the cut-off of flows.

“That would make into reality the worst-case scenario that European governments have been preparing for all summer — a European gas market without Russian gas,” said Natasha Fielding at Argus.

European gas prices have jumped more than 15 per cent in the past two days to about €205 per megawatt hour, the highest level in almost two weeks.

Both Denmark’s and Sweden’s prime ministers refused to speculate on possible motives or who could be responsible for the Nord Stream leaks but urged a thorough investigation.

“Any deliberate disruption of European energy infrastructure is utterly unacceptable and will be met with a robust and united response,” Josep Borrell, the EU’s chief diplomat, said in a statement on Wednesday.

“All available information indicates those leaks are the result of a deliberate act. We will support any investigation aimed at getting full clarity on what happened and why, and will take further steps to increase our resilience in energy security,” he said.

In the UK, the second-largest oil and gas producer in the North Sea after Norway, foreign minister James Cleverly said the country would “work alongside our European partners to protect Europe’s energy security”.

“This marks a new level of the game,” Tagliapietra said. “We should not play down the risk of seeing hybrid attacks on our own energy infrastructure, be that physical or cyber attacks . . . We need to learn and adjust very quickly.”