Revengeance Is Blowing TF Up Thanks To Memes 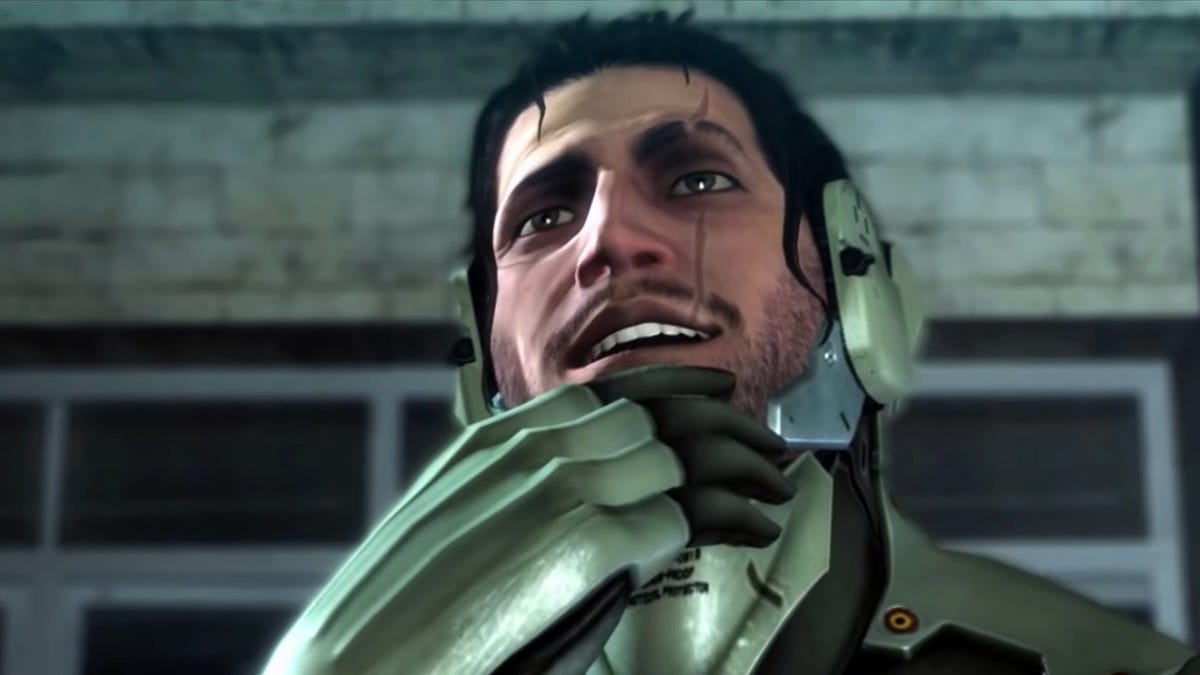 Some folks are talking about Metal Gear Rising: Revengeance again, and not just that: they’re playing it, too. A 2013 hack-and-slash action game by PlatinumGames, it seems the nearly 10-year-old Revengeance really lives up to its name, a portmanteau of revenge and vengeance. Because if you look at a recent statistic posted by multiplatform data analysis group PlayTracker, which pointed to its concurrent player count climbing 1000% since last April thanks to one particular meme, you’d believe the silver-haired robot hot boy Raiden is coming back with a…revengeance.

Metal Gear Rising: Revengeance, often shortened to Revengeance, was an odd collaboration between action game aficionados PlatinumGames and Metal Gear Solid series developer Kojima Productions. Canonically set after 2008’s PS3-exclusive Metal Gear Solid 4: Guns of the Patriots, Revengeance followed MGS 2 protagonist Raiden as he stopped a United States senator’s singular plan to reduce the world to pure chaos by exploiting the global war economy. Let that bonkers yet salient premise sink in for a moment. That is the entire game’s plot—and it totally rules! But what really made the game shine was its fluid, crunchy, hyperaggressive combat filled with acrobatic kicks and gory katana swipes. Raiden is a cyber ninja, after all, and PlatinumGames, maker of Bayonetta and Nier: Automata, really knows how to design combat mechanics that feel punchy. Still, great gameplay alone doesn’t explain the sudden resurgence, so what’s going on? Well, it’s the memes, “the DNA of the soul,” as the magnetic boss Monsoon puts it during his frustrating, philosophical battle.

PlayTracker, a smaller independent outfit that looks at and reports on player trends across platforms, tweeted on May 23 that Revengeance is “seeing numbers it hasn’t seen” since it launched. In fact, according to the group, the game “exploded” in popularity in January 2022, garnering about 2000 average players per month up from between 300-800 throughout 2021. A PlayerTracker spokesperson expounded on the numbers to Kotaku over Twitter DMs, saying there are two figures factored into the post: Steam’s concurrent players and multiplatform achievement activity.

“For concurrent players, we get the number via Steam’s public API many times a day and keep track of it over time,” a PlayerTracker spokesperson said. “Anyone can access the current number of concurrent players. You can also independently verify our data on how this figure has moved over time on similar sites like SteamCharts and SteamDB. For the multiplatform achievement activity, it is achievement activity from our 11.5K registered users across Steam, PlayStation, and Xbox. To clarify, that’s 11.5K registered users total. Some have many platforms, others just one or two. The social part of our site lets users link their libraries and profiles in one place.”

As the PlayTracker spokesperson said, this upward trend is also mirrored on Steam. The ongoing trend analyzer SteamCharts reports that Revengeance saw a 61% increase in players around January. The game maintained that steady growth rate even after a slight dip in March. I mean, at the time of this writing, roughly 2000 have been playing Revengeance in the last 24 hours.

And the memes seem to be the culprit behind the game’s resurgence. Though Hideo Kojima didn’t write or direct Revengeance, it still has all the heightened melodrama of the series and then some, and comes bursting with scenery-chewing characters and wonderfully quotable (or memeable) dialogue. Currently, a few of the top posts in r/MetalGearSolid, the subreddit dedicated to all things Metal Gear, from this month are of some funny-ass Revengeance memes. There’s the game’s final boss, the fictional U.S. senator Steven Armstrong, who’s got so many memeable moments—from “Nanomachines, son!” as an explanation for why he’s so powerful to literally saying he wants to “make America great again”—that easily make him the source of the game’s most memorable encounters.

But maybe the most prominent meme borne from the game, and the one that’s likely catapulted Revengeance back into the public consciousness, is the “Jetstream Sam Thinking” one. It’s silly, with many GIFs emblazoned with a ridiculous statement—something like “I should sabotage a nuclear reactor”—and the stylish swordsman Samuel “Jetstream Sam” Rodrigues stroking his chin as if he’s actually considering the idea. Memes, man.

Some in PlayTracker’s mentions attribute the game’s recent popularity to YouTuber Jacob Geller’s May 2 video essay examining Revengeance’s enduring (and increasing) popularity. He makes several interesting arguments about why the game continues to attract new players, including its “unbelievably aggressive” combat system in which dodging is an optional skill and parrying is tied to the attack button. Inspired by Geller’s video, I recently went back to Revengeance via Xbox backward compatibility. I have a larger blog in the works on this, but just one mission into the game I instantly remembered why Revengeance was so exhilarating back in 2013. The action starts about 10 minutes in, with you fighting one of the mechanized behemoths the series is named after, a giant Metal Gear, and doesn’t let up until you finish its roughly seven-hour campaign. That it included additional DLC, which let you play as two more characters, and carried all your gear between playthroughs were bonuses.

“Since the memes are only gaining steam and a few popular streamers [like VTuber Kyokeru and YouTuber karlswood] are set to play the game on stream, it’s safe to say it will maintain its momentum for a bit longer.”

Spellbreak Closing In 2023, Devs Now At Blizzard For Warcraft

Pokemon's Kids Are All Grown Up