Repeating this one phrase helps me daily 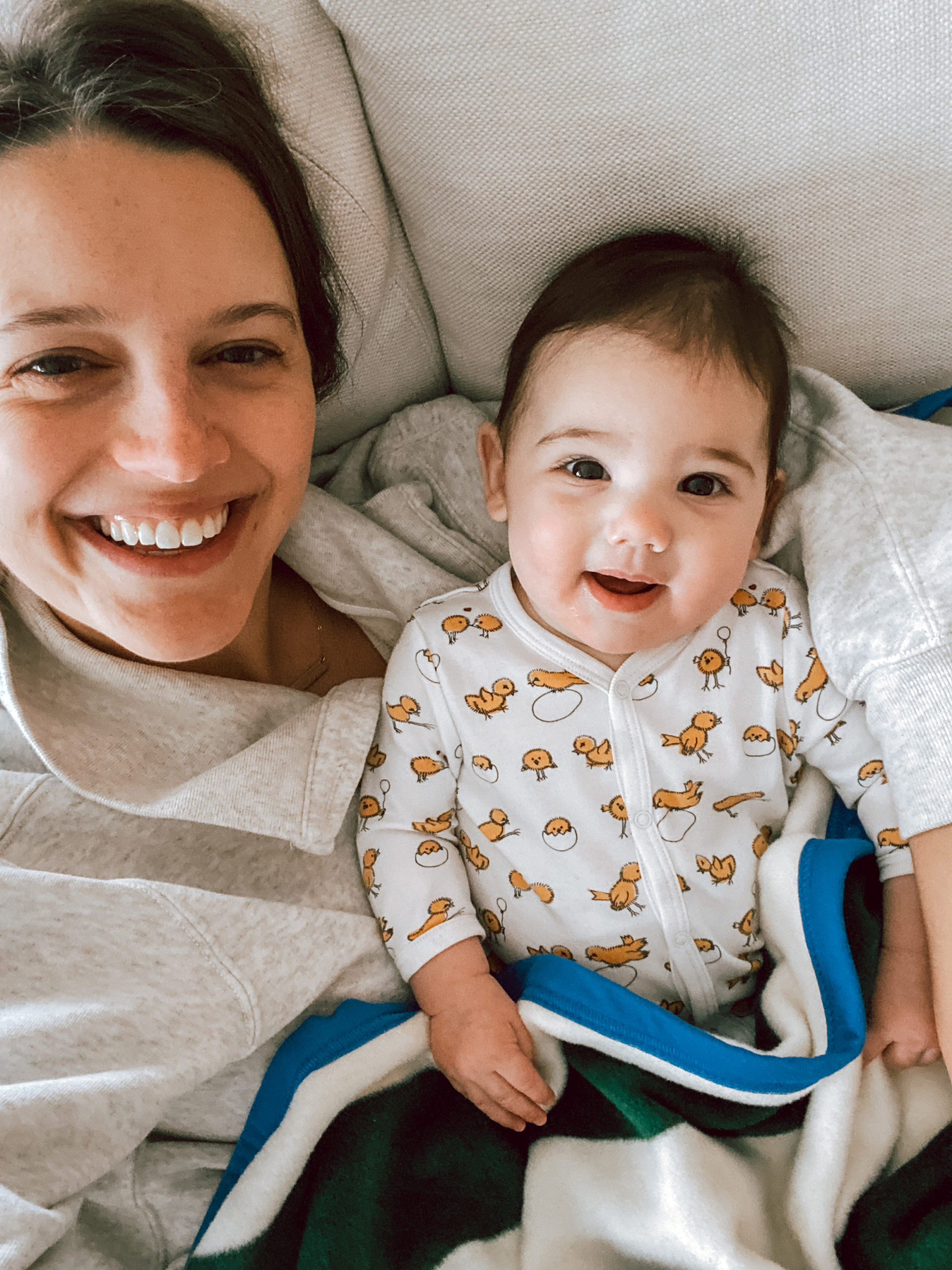 I feel like we are always having amazing and ever-evolving discussions about motherhood in my DM’s, and I’m so grateful for it! The one thing that seems to be a recurring theme when talking to so many of you is the topic of mindset. Being able to take a breath and reframe your mindset during trying moments is absolutely imperative in thriving (but on some days, just surviving!) as a parent. But–it’s a lot easier said than done, right?

I’m really not one for living by “mantras” per say, but there is one phrase I repeat over and over that really helps in moments of frustration. It’s something I use on a DAILY basis:

I have no idea where I picked this up–it could have been from my mom, from a reader–who knows! I wish I remembered! But I must have gotten it from somewhere. I have said it out loud to June from the time she was born–whenever she’s crying, or upset, screaming, whining, getting into everything–or generally doing anything that rattles us. Neal has picked this up as well, and I think it’s helped him too!

Just saying to her, directly, out loud: “it’s hard to be a baby!” reframes my frustration into empathy for her. Because while it’s easy to forget in the moment–it IS hard to be a baby. It must be excruciating to exist in a world where you can’t express what you’re feeling, know why you’re feeling that way, and unable to communicate what’s wrong or what you need. It’s hard to be born into a world you know nothing about, to not know how anything works, or why certain things are happening to you. I would be upset too.

When she won’t go down for a nap even though she’s exhausted and has been fussy all day–it’s hard to be a baby!

When she reaches for my water glass for the 20th time and screams when I won’t let her have it– it’s hard to be a baby!

When she wakes up crying in the middle of the night for seemingly no reason– it’s hard to be a baby!

When she is SCREAMING at the top of her lungs because she can’t get out of her car seat – it’s hard to be a baby!

Let’s be honest–each time I say this out loud, it’s just as much for me as it is for her. 😂

Sounds silly, but it works. I hope it helps you too!