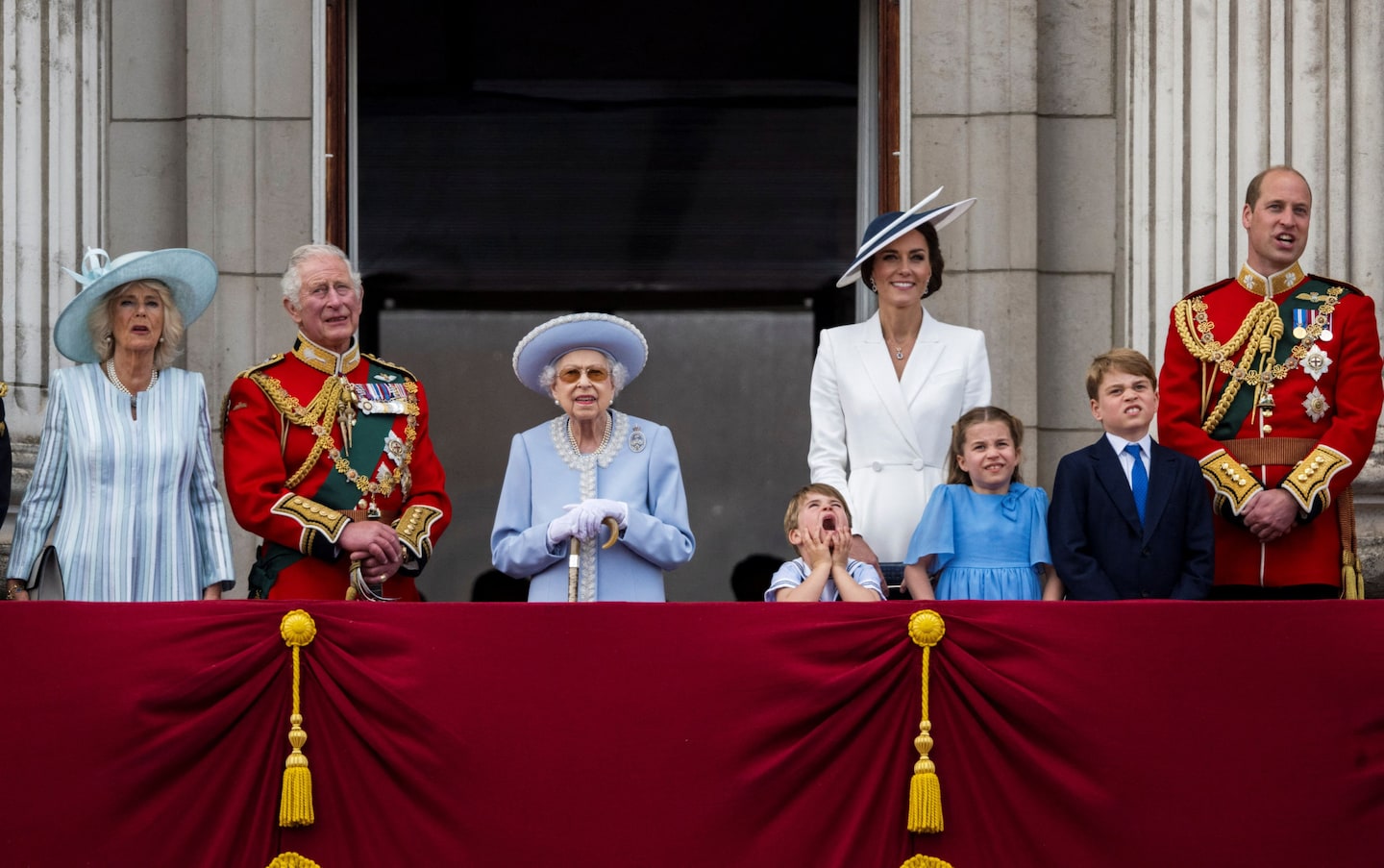 LONDON — Britain pulled out all the stops to celebrate Queen Elizabeth II’s 70-year reign. In the skies over Buckingham Palace, drones formed the shapes of floating teacups and giant corgis. On the ground, a parade starred 1,400 troops, hundreds of horses and a swarm of royal superfans.

Sunday marks the end of a string of Platinum Jubilee celebrations over a four-day holiday, which also featured street parties and picnics throughout the country. Here’s a look at some of the most memorable moments:

70 jets form ‘70’ in the sky in dramatic military flyover

The Royal Air Force “flypast” formed the number “70” above London during the Trooping the Color spectacle Thursday — much to the delight of some locals, who saw them roar over their houses, and to the queen, who smiled as she watched.

The Red Arrows of the Royal Air Force also performed during the jubilee celebration, leaving trails of red, white and blue behind them. Emotional crowd members told The Washington Post that they wanted to give the queen a big thank-you for a lifetime of service.

The fighter jets were too loud for little Prince Louis

With his eyes closed tight and his hands firmly over his regal ears, Prince Louis let the world know that the fly-past over Buckingham Palace in honor of his great-granny’s birthday was way too loud.

The prince, the youngest child of the Duke and Duchess of Cambridge, appeared to let out a scream as the queen beamed alongside him on the world-famous balcony.

And the 4-year-old prince didn’t stop there. He was also seen pulling faces, saluting, waving to crowds. The Times of London called him the “royal jester,” while The Sun could only find one, very British, word for his display: cheeky.

On social media, one viewer described Louis as “the face that launched 1,000 memes,” while others said he simply stole the show.

A message reading “Thank you Ma’am” lit up the sky above Buckingham Palace on Saturday night as a star-studded music concert unfolded. Drones also formed the shape off a giant corgi — the queen’s favorite dog breed — and a huge floating teapot and teacup.

Various images were projected onto the palace during the concert, known as “Platinum Party at the Palace,” which featured artists including Alicia Keys, Queen and Diana Ross.

An estimated 11 million people watched from their homes on Saturday evening, the BBC reported, while thousands more flooded the Mall to witness the display, which was widely hailed as a “breathtaking” tribute to the queen’s reign.

The queen sat down for tea with Paddington Bear at the palace and Britain went wild. Two British icons, at the same table, discussing a mutual love for marmalade — or should we say “ma’amalade” — sandwiches. It was a comedy sketch that took some viewers by surprise and showcased how at 96, the monarch still has her sense of humor.

The queen and Paddington Bear light up a rocking palace

The mystery of what the queen keeps in her handbag was finally solved, as Elizabeth was filmed pulling a sandwich from her bag in the sketch — before the pair went on to play the beat to the opening of the song “We Will Rock You” by Queen on their floral teacups and saucers.

Among the last striking moments of the four-day weekend, Britain’s famed Gold State Coach appeared Sunday to close out the celebrations at the Jubilee Pageant, a carnival involving children and art groups from local communities. The queen’s head appeared as a hologram inside the carriage with footage from her coronation beamed onto a window.

The elaborate coach, which is 24 feet long and weighs four tons, is the third-oldest surviving coach in the United Kingdom and features engraved lion heads, palm trees and cherubs on its roof.

It is rarely seen on the streets of London, but when it is, it is pulled by eight horses and moves at a walking pace.