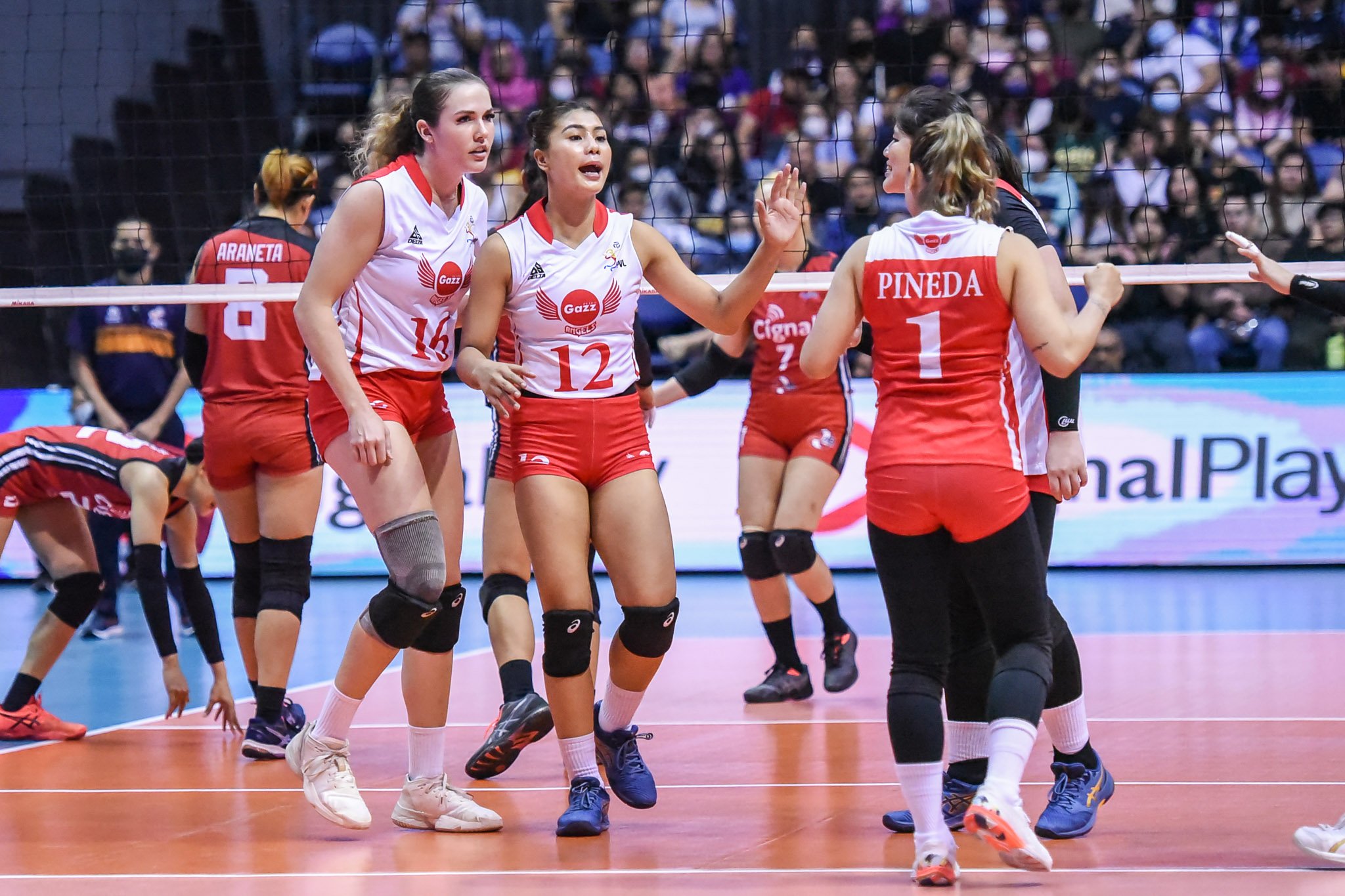 Pablo nailed the last two points in the fourth set to seal Petro Gazz’s second straight Reinforced championship to earn her first PVL title since the 2017 edition of the tournament when she was still playing for the defunct Pocari Sweat.

“I’m so happy to get this feeling again because it’s been a while since I won a championship,” said Pablo in Filipino after helping complete Petro Gazz’s series sweep of Cignal, 25-17, 22-25, 25-12, 25-22, in Finals Game 2 on Tuesday at Philsports Arena.

“I’m really happy that I landed on this team and help Petro Gazz win back-to-back championships. I’m glad to achieve this with my teammates and coaches.”

It took five years for the 29-year-old spiker to win her second PVL crown as the remainder of her lucrative contract was bought out by Motolite in 2019 before it was disbanded the following year.

Pablo found her new home at Petro Gazz last year but Creamline eliminated them in the semifinals of the PVL Bubble in Ilocos Norte. The Angels reached the 2022 Open Conference only to be swept by the Cool Smashers and then, they missed the podium in the Invitationals.

With Finals MVP and Best Import Lindsey Vander Weide carrying the cudgels of Petro Gazz, Pablo also rose to the occasion scoring 10 points in their straight-set win in Game 1 before unleashing 17 points to complete the title-retention bid of her team, which took three years due to the pandemic.

When Cignal threatened to force a fifth set behind the late run led by Ces Molina and Tai Bierria with Vander Weide already at the back row, the former two-time PVL MVP refused to extend the match even and the series as she delivered in the endgame, highlighted with a championship-clinching crosscourt spike.

“I told myself I don’t want to play another set. It’s the last two points [so I need to score]. And I got my teammates covering me behind,” said Pablo.

“[My clutch attacks] were built on coach Rald (Ricafort)’s trust. He always reminds me of my attacks inside the court.”

Behind their successful run, Pablo believes the key to sweeping Cignal in the Finals series was the Angels were on the same page to reward their sacrifices and hard work in a grueling three-conference season with a championship.

“We made a lot of sacrifices. As (Djanel) Cheng said, we didn’t get enough rest this season. So we told each other that this is our last push and let’s give our best whatever it takes,” Pablo said. “I’m so happy we were able to maintain Petro Gazz’s back-to-back championships [even we’re a new set of players].”