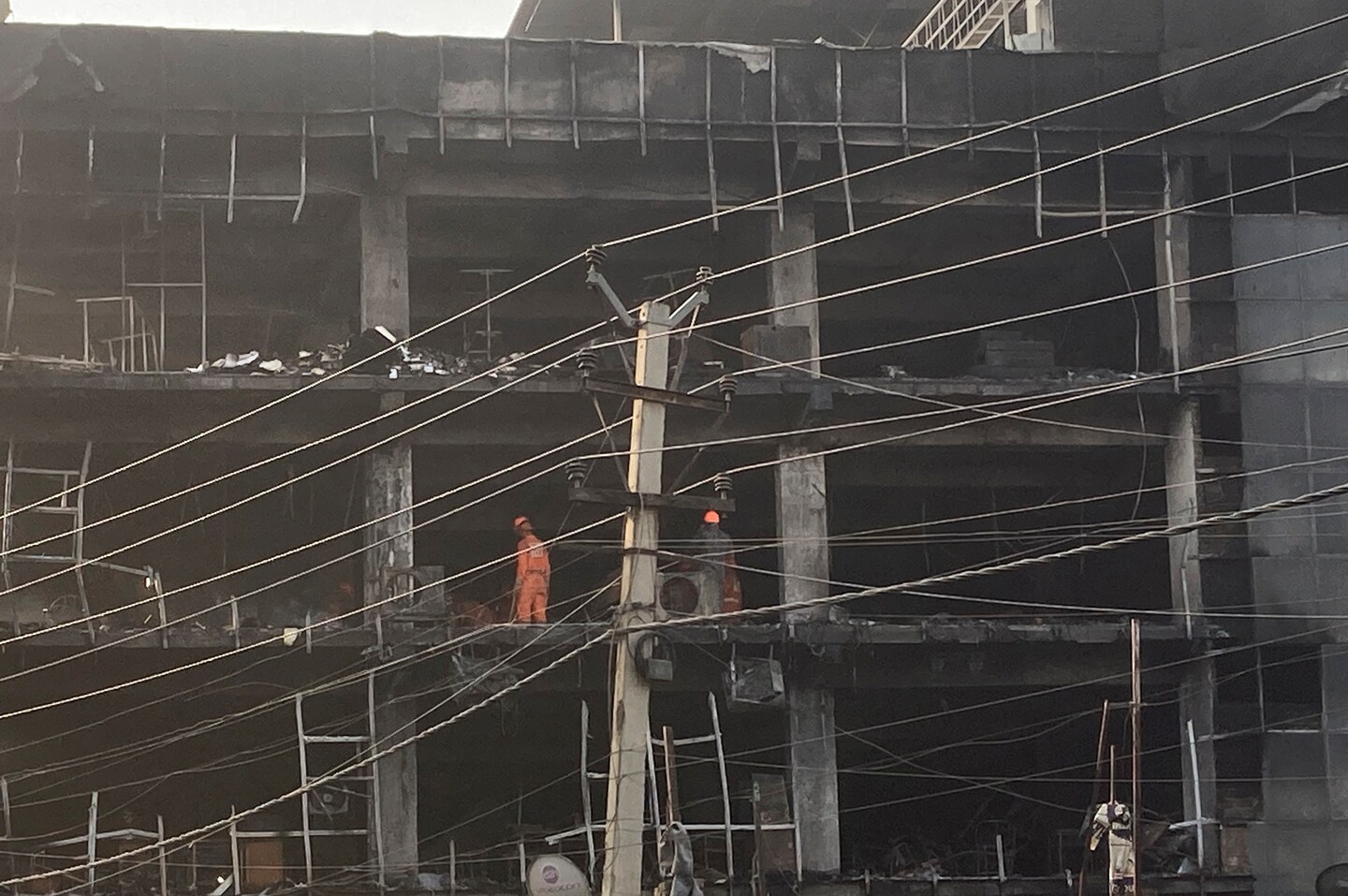 NEW DELHI — Police arrested two owners of a company that manufactures and sells security cameras after a massive fire reportedly started in their office in a four-story commercial building in the Indian capital, killing 27 people and injuring 12 others, police and fire officials said Saturday.

The police registered a case of culpable homicide not amounting to murder and a criminal conspiracy that is punishable with life imprisonment or 10 years in jail.

The building had no clearance from the fire department and it was not equipped with fire safety equipment like extinguishers, said Atul Garg, director of Delhi Fire Services.

Garg said the fire started on the first floor of the building on Friday evening and spread quickly to other areas where inflammable plastic material used to manufacture equipment including security cameras and a large quantity of cardboard used for packaging were stored.

At least 50 people were rescued from the building, which contains mainly shops, the fire control room said. The building is located in the Mundka area in western New Delhi.

Fires are common in India, where building laws and safety norms are often flouted by builders and residents. In 2019, a fire caused by an electrical short circuit engulfed a building in New Delhi and killed 43 people.

Prime Minister Narendra Modi said he was saddened by the loss of lives and wished for the speedy recovery of the 12 injured who have been hospitalized.

Sachin Garg, a resident in the area, said the building had only one exit door, and people trapped there found it difficult to leave quickly because of a crush. “They called ambulances and fire officials used crane buckets to rescue people,” he said.

The building is located in a congested area with industrial units and the fire engines took time to reach the spot, Garg said.

Twenty-seven fire engines doused the flames after battling for more than five hours. A search operation continued overnight to look for anyone trapped in the rubble, the fire control room said.

The cause of the fire was not immediately clear and is being investigated.

Garg said there were conflicting reports. Some said the fire started after an explosion in an air-conditioner and others said it was triggered by an electric short-circuit.